(Minghui.org) A former semiconductor factory worker in Jinzhou City, Liaoning Province, served 12.5 years in prison and labor camps for being steadfast in Falun Gong, a health-improving meditation practice persecuted in China since 1999.

Ms. Cui Yaning was fired from work soon after the persecution started and couldn’t claim her pension because of her imprisonment. The social pressure and frequent police harassment forced her husband to divorce her and took their child away. She now lives alone and struggles to make ends meet by doing odd jobs.

The following is Ms. Cui’s own account of her experience in the past 21 years. 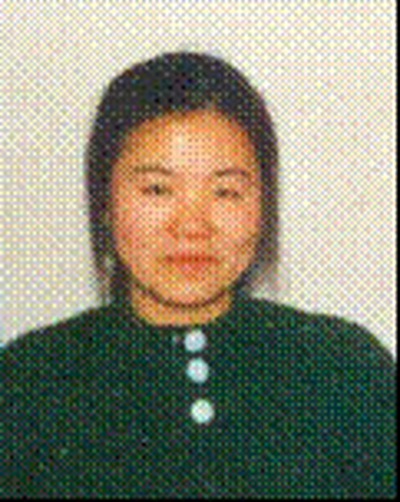 My father-in-law died of a heart attack 38 days after my wedding in 1992. My husband and mother-in-law struggled to cope. Three years later my son was born, and I became even busier taking care of my baby, my husband, and my mother-in-law. On top of that, I worked full time at Jinzhou Huaguang Power-Electronics Company.

With little time to rest, I developed insomnia, stomachache, fatigue, and arthritis. A friend introduced me to Falun Gong in 1997. I had the best night of sleep in years after reading a few pages of the main book of teachings, Zhuan Falun.

As I continued to practice, all my illnesses disappeared and my character improved, which allowed me to handle my responsibilities at home and work with ease. I became an outstanding employee and was promoted.

Repeated Imprisonment for Refusing to Give up Falun Gong

My life was turned upside down when the persecution of Falun Gong began in July 1999. I wasn’t allowed to do Falun Gong exercises in public; my boss often called me into his office and asked me to renounce the practice; my coworkers distrusted me, and my family stayed away from me.

I was locked up 3 times for a total of 12.5 years. From October 15, 1999 to October 14, 2001, I was put in Masanjia Women’s Forced Labor Camp, during which time my employer arbitrarily ended my contract. A month after I was released, my husband divorced me because he didn’t want the authorities to retaliate against him and other family members because of me.

Doing the Falun Gong exercises to stay healthy was forbidden in the Masanjia Forced Labor Camp. A guard instigated other inmates to beat me when he spotted me doing the Falun Gong exercises. An inmate hit my head with a broomstick until it broke. Another one kicked me in the chest and back after I was knocked down, breaking a rib. I had sharp pains in my chest in the following months. After all the inmates took turns beating me, they dragged me to work. I wasn’t able to move because of my injuries and an inmate slapped me repeatedly until I almost blacked out.

The authorities in the camp had us work from 6 a.m. to 10 p.m. every day in 2000. Before I learned how to operate a sewing machine, I was ordered to sew 180 pairs of sleeves each day.

The tortures intensified in 2001, aiming to make the practitioners renounce Falun Gong. I had to squat from 6 a.m. to midnight for five days straight. My legs became swollen and stiff as a result. As I refused to renounce my faith, the guards shocked my head, back, and underarms with electric batons. It hurt like snake bites and my body was covered with blisters. I lived in fear every day and couldn’t see any hope. I didn’t expect I would come out of there alive.

I was arrested again and given another 3.5-year labor camp term, only two months after I was released. This time, I was detained at the newly constructed Masanjia No.2 Women’s Labor Camp, which was dedicated to house and brainwash Falun Gong practitioners.

The guard forced me to watch and listen to propaganda slandering Falun Gong and Master. Brainwashing was used alongside physical abuses to weaken our willpower. On one occasion, I was forced to stand for 8 days straight. My legs were so swollen that the skin looked transparent and shiny. I became dizzy and incoherent in the end.

Another time, I was locked in a small solitary confinement room for talking to others about Falun Gong. They tied me to a metal chair for 9 days consecutively with only two meals a day and two toilet breaks. It was the end of December and it was snowing outside. The guards left the window open to freeze me. When I was let out, my feet were twice as thick and covered in large blood-filled blisters. My limbs were numb and I couldn’t pick up a needle or even walk.

The authorities sent me to a hospital and, without telling me anything, cuffed me to a bed and injected unknown drugs into my veins. The drugs cause excruciating pain in my fingertips, like being stabbed with needles. I was even forced to pay for this abusive treatment. A year after this severe frostbite, my limbs were still numb and sensitive to cold.

I went on a hunger strike to protest the abuse. The guards inserted a feeding tube in my nostrils and down into my stomach and then poured in salty rice paste. The lining of my nose and windpipe were ruptured during the violent process.

We were asked to work long hours to peel garlic skin and make art crafts. A dozen people were jammed in a small room spraying paint on the crafts and gluing them together. The smell of the solvent was unbearable and the garlic was often contaminated. Most of the garlic was sold to local restaurants.

Some time in 2005 a dozen practitioners were locked in a small cell with all windows shut and only an egg-sized hole open. We had to sit still on a small stool from 6 a.m. to midnight for over 5 months. The skin on our buttocks ruptured and festered because it didn’t have time to grow back.

Witnessing Death and Other Horrendous Torture

That period of time in Masanjia was probably the darkest time in my life. While enduring the torture against myself, I also witnessed unimaginable atrocities against other fellow practitioners. My heart was filled with fear, grief, and indignation. Every day was a torment for me.

Gao Rongrong was shocked by electric batons on the face and disfigured.

Yin Liping was sent to the male cells and gang raped by the inmates.

Bai Suzhen, of Wafangdian, suddenly died after she was forced to work overnight despite her high blood pressure. She was in her 60s. The labor camp lied to her family that she died after refusing to take medicine and didn’t say a word about the forced labor.

Zhang Shuzhi, a mother of two from Jinzhou City, was forced to renounce Falun Gong, hoping that she could go home early to take care of her kids. But the labor camp guards broke their word and still kept Zhang in custody after she wrote the renouncing statement. She was very angry. While taking a shower one day, she suddenly fell and died on the spot. Her body turned bluish in no time. Later I learned that she passed away from a heart attack.

For everyone who had been persecuted at Masanjia, the trauma was so intense that most of them didn’t want to recall such memories. It’s not easy for me to write everything down either, but if none of us said anything, the world would never know what happened to us.

Sentenced to Seven Years in Prison

Years later, I was arrested again on February 25, 2008 after the police tapped my phone and tracked me down. I was later sentenced to 7 years and sent to Liaoning Women’s Prison.

For five months, I was locked inside solitary confinement, where I was assaulted and brainwashed. I was immobilized within a tile (24-in each side) and had to sit still on a small stool for 13 hours a day. The flesh on my buttocks was scraped off by the rough surface of the seat. I took in as little food as possible because the toilet use was limited.

The prison authorities later made us sew police uniforms and other clothes 13 hours a day. We had to be quick because of the unreasonable amount of workload. It was like a group of frightened deer being chased by a furious wolf. If we made mistakes, the guards would shock us with electric batons.

We had to purchase our daily necessities from the prison instead of bringing our own. Things were highly priced in the prison, which added to our financial burdens.

We weren’t allowed to talk to each other and were encouraged to spy and report on others. Everyone was on guard, scared and anxious around the clock. There were cameras everywhere including women’s showers and lavatories. The conversations or phone calls were monitored.

Other Types of Persecution

Because of me, my family was retaliated against at work: my younger brother was fired and my older sister was given a hard time. My husband’s side of the family stopped talking to me. My mother was constantly worried about me and had to find legal counsel for me. On her way to find a lawyer for me one day, she had a severe car accident and she was thrown into the air and fell on the ground on her head. Luckily, she survived the accident.

My family and I struggled financially because of the persecution. In the seven years I was in prison, my legal fees, living expenses, the family’s travel expenses from visiting me, cost us over 50,000 yuan (US$7,000). The 12.5 years I was incarcerated, I had no income.

After I was released in 2015, the discrimination against my faith and my prison record prevented me from finding a decent job. The government officials refused to assist me in finding a job and threatened to put me back in prison. I had to take an odd job and move in with my mother.

The police and local officials, however, constantly came to my mother’s and my workplace to harass me. I felt truly sorry for my mother.

After experiencing the decades of hellish persecution, how much I wanted to stay with my family to heal my heart. But the persecution was like ghosts, which kept haunting me, even when my terms had already ended. It’s extended to every aspect of my life and family. It’s in the air and every corner I passed by.

I had to move out and rent a place and spent most of my time away from my mother and friends. I feel tired, lonely, scared and desperate.

I turned 50 in 2019 and was eligible to retire and collect a pension. When I inquired about my pension, I was told I missed 4 years and 8 months of payment because my former employer stopped making contributions to my retirement account after I was arrested in October 1999. Also the 12.5 years I was incarcerated could not be counted towards my years of service. I could in no way make up the payment I missed in my current financial situation and was completely on my own.

I tremble whenever I think about my now 25-year-old child who was torn away from his mother at the age of 4; my own mother in her 80s, who has lived in fear and worried about me every single day in the past two decades; and my own life that has been ruined in the persecution.

On the fundamental level, it’s not only my own life or countless other practitioners’ lives that were ruined, but what have been destroyed are the moral pillars stabilizing our society. I hope the persecution will be ended soon and the perpetrators brought to justice.