(Minghui.org) Having barely survived a two-year prison term for her faith in Falun Gong, Ms. Liu Yongying almost collapsed upon finding out that she had been fired by her school and her pension had been revoked.

Falun Gong, also known as Falun Dafa, is an ancient spiritual and meditation practice that has been persecuted by the Chinese Communist Party since 1999. 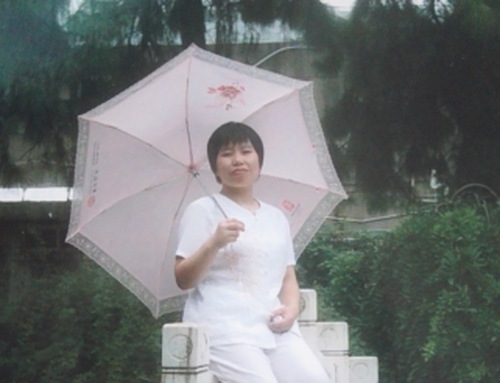 Ms. Liu Yongying before the persecution 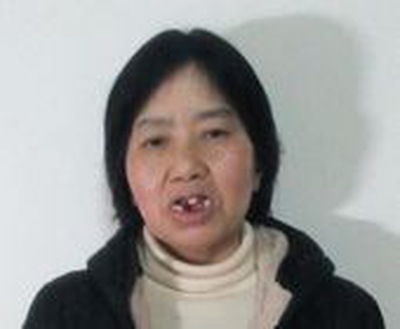 Ms. Liu, 57, was a senior lecturer at Jiangxi Civil Administration School in Nanchang City, Jiangxi Province. She has been repeatedly targeted over the past two decades for her faith. Prior to her latest persecution, Ms. Liu served two labor camp terms for a total of five years. She was beaten, verbally abused, force-fed, and forced to do intensive, unpaid labor during those five years.

Ms. Liu’s latest arrest was around midnight on April 3, 2018. The police broke into her home and confiscated her computer and printer.

In the basement of the Qingshanhu Police Department, the officers kept Ms. Liu shackled to a chair and interrogated her for nearly 40 hours. Officer Chen Liming struck her on the head and kicked her knees. After the interrogation, she was transferred to the Nanchang City No.1 Detention Center.

Ms. Liu appeared in the Xihu District Court three times between June and August 2018 and was sentenced to two years in prison with a 5,000-yuan fine in October 2018.

She filed an appeal with the Nanchang City Intermediate Court, which decided to uphold her sentence in January 2020. The intermediate court attempted to appoint a lawyer to represent her and enter a guilty plea for her, but this was rejected by Ms. Liu.

Abused in the Detention Center

During the two years that Ms. Liu was imprisoned at the Nanchang No. 1 Detention Center, she was first forced to sleep on the bare concrete floor. In the filthy and humid environment, she developed extremely itchy rashes on her body.

Because of that, she was discriminated against and humiliated by her cellmates, who then forced her to sleep by the toilet and didn’t allow her to use the chairs shared by the others.

To survive the winter, Ms. Liu had bought heavy bedding. But in the summer, the guards refused to provide her with storage space for the bedding. Sleeping on thick bedding in a room with no air-conditioning or fans, Ms. Liu kept had difficulty sleeping due to the heat.

When she was finally released on April 3, 2020, her son almost couldn’t recognize her – she was emaciated and had a dull expression. Many of her teeth had fallen out.

Upon returning home, Ms. Liu’s husband told her that the 610 Office had forced her school to fire her in May 2018, only one month after her arrest. The 610 Office is an extralegal agency created specifically to persecute Falun Gong.

After Ms. Liu visited her school and her local SSO to seek solutions, her local SSO told her that the only way for her to start receiving a monthly payment of 1,000 yuan now is to pay the remaining required contribution of 120,000 yuan in one lump sum.

“A Practitioner’s Gratitude for Master in L.A.”