(Minghui.org) Falun Dafa also called Falun Gong, practitioners in Alberta Canada didn't organize an event due to the pandemic of the Wuhan Coronavirus. Instead, they shared their stories of how they started to practice Dafa. They wished to express their sincere thanks and gratitude to Master Li Hongzhi, founder of Falun Dafa and wished Master a happy birthday. 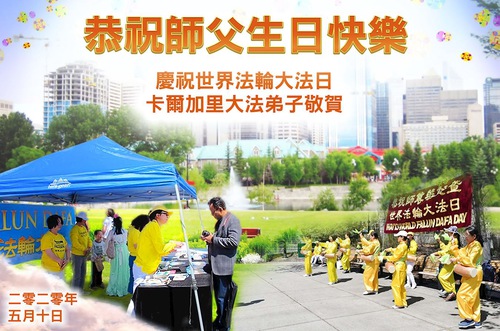 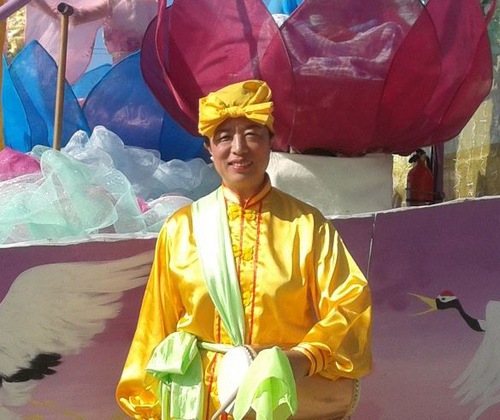 Liu Minnan, a senior manager at a large company started practicing Falun Dafa in May 1999 after a strange dream.

After graduating from Tsinghua University in Beijing, she transferred to the University of Alberta to work on a doctorate. At that time her English was poor, and she could only understand about half of what was discussed in class. Under the pressure of study, she lost 20 pounds within a year, developed severe neurasthenia, headaches, constipation, and insomnia.

Tired of suffering from a number of illnesses, she remembered the cultivation practice Falun Dafa. She had read Zhuan Falun, the main book of the practice two years ago. She had thought of learning the exercises but she felt as if being stopped by an invisible force.

Then she had a strange dream one night. Master Li appeared in her dream and spoke to her in a very serious tone, “Why don’t you start practicing now?” The following morning, she started practicing Falun Dafa.

She remembered, “I don't know what it feels like to be healthy and to not need any medicine. Only one month after practicing (Falun Dafa), all of my illness symptoms disappeared. I experienced the joy of being healthy.”

Practicing Dafa gave her the wisdom she needed for her studies and academic research. She made all As, and she was awarded the Izaak Walton Killam Memorial Scholarship, the most prestigious scholarship for graduate students at her university.

Once she wrote a research paper, and sent it to her professor for review. The tutor was very surprised at her English, and asked if she had it reviewed by someone already. He asked the same question three times, and she answered “no” every time, to make sure Liu understood the question, and he understood her answer. In the end, the paper was published in a technology magazine with little revision. Liu said these were benefits of cultivation practice.

“Studying the Fa well definitely won't affect anything of yours in your cultivation, and on the contrary, it will help you get twice the results at your job or with your schoolwork with half the effort.” (Fa-Lecture During the 2003 Lantern Festival at the U.S. West Fa Conference)

“In my own experience,” she said, “cultivation practice makes my observation more sensitive, my thinking more active, and my logic more clear.”

Later she was interviewed for a job in the city government. She answered the interview questions based on the Fa, including that a practitioner always puts the need of others first and is considerate. She got the job, and later was promoted to a manager.

The manager role comes with higher work pressure, and more responsibilities. However, practicing Dafa makes her work more efficient and lets her recognize the key points of the issues. 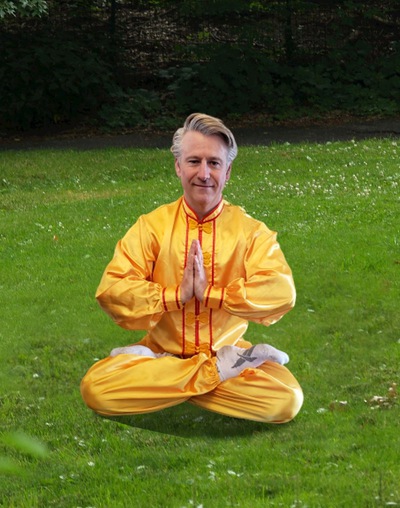 When he read Zhuan Falun, it felt as if Master was talking to him. It still took some time for Scott to understand what Falun Dafa was all about, after he had already started practicing it.

Gradually he learned to look inward when facing conflicts, and he quit smoking and drinking. Then, the asthma he had suffered for 40 years disappeared 8 years ago.

“I examine my thoughts,” he said, “and correct whatever I see to be wrong. I work hard at improving myself. I have a new life now, with a healthy body, and a positive attitude to life.”

Young Practitioner: Learning to be Kind to Others 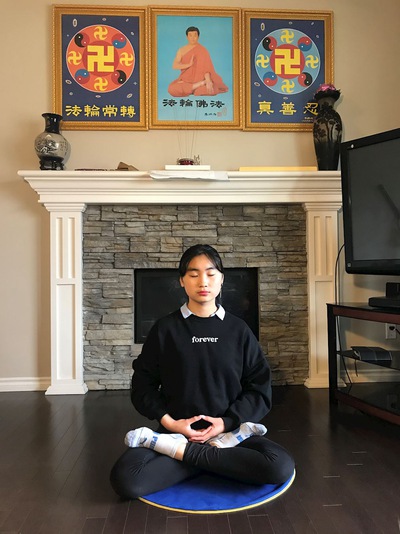 When her parents brought her to watch a Shen Yun Performing Arts show at the age of four, Jiang Lan told them that Master Li was on the stage. But her parents couldn’t see him. Many times, she dreamed of playing with Master Li at a place high in the sky. When she grew older, she learned that cultivation practice is a serious matter.

She used to fight back when other students verbally assaulted her in school. But, Falun Dafa teachings helped her realize that her behavior doesn’t fit the standard of a practitioner. She began to change after reading the Fa.

She said, “I treat others with kindness. I tolerated it when someone bullied me. It is getting better now.”

“When it is difficult to endure, try to endure it. When it looks impossible and is said to be impossible, give it a try and see if it is possible.” (Lecture Nine, Zhuan Falun) 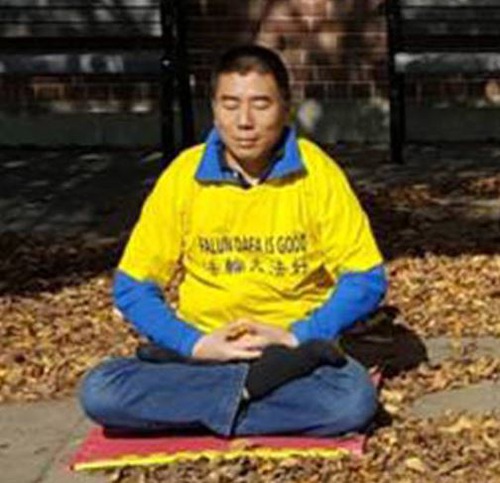 “Master looked young, handsome, but also compassionate and solemn. Master is very modest, polite and easy-going. He often greeted students.” Niu Lei recalled, “Master’s energy field was very wide. You could feel it from afar. When he went by me, my mind was cleared of any notions.”

Niu Lei sat in the fifth row and he could see that Master was giving lectures from only one letter-sized paper.

Niu remembered that Master emphasized repeatedly before the ending of the last lecture that there would be demonic interference when a righteous Fa was taught.

“At that time my understanding was that the government might use the police or army to crack down on Falun Dafa. I did not doubt that Dafa was teaching people to be kind and honest. It was so popular – how could the government persecute it?

“In July 1999, after the government began a massive propaganda defaming Falun Dafa, I immediately remembered Master’s teaching, and understood that this was the demonic interference.” 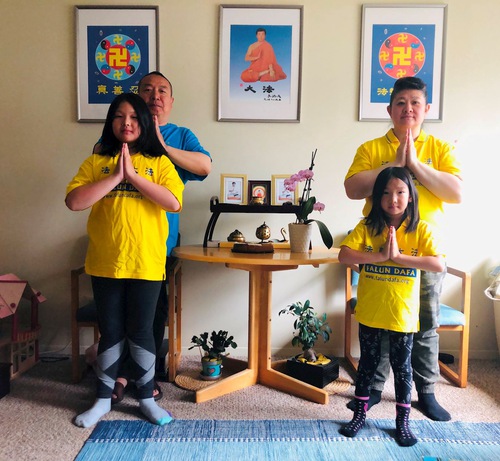 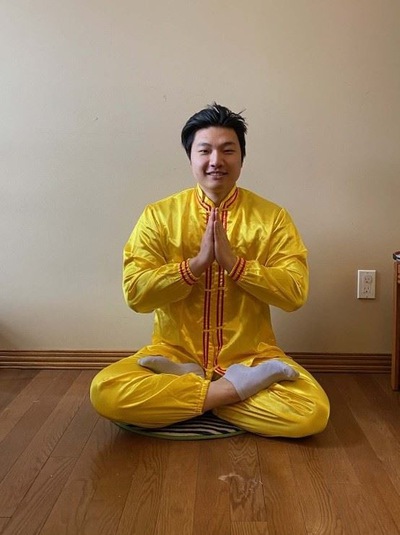 Zhang’s first son, a teacher at a high school wishes to introduce the merits of Falun Dafa to the young generation in Canada.

The five members of Zhang Xufeng’s family practice Falun Dafa. He said that the family lives by the principles of Truthfulness-Compassion-Forbearance, and is a role model for friends and neighbors. They tell people the preciousness of Falun Dafa.