(Minghui.org) May 13th this year, is the 28th anniversary of introducing Falun Dafa (also called Falun Gong) to the public, and the 69th birthday of Mr. Li Hongzhi, the founder of Falun Gong. Multiple political VIPs in Hong Kong, including members of the Legislative Council and district councilors, have sent congratulations for Falun Dafa Day. They expressed great respect for Falun Gong practitioners for their courage in following the principles of Truthfulness-Compassion-Forbearance, and their efforts in raising awareness of the persecution.

Alan Leong Kah-kit: The Spirit of Truthfulness-Compassion-Forbearance Should be Carried Forward 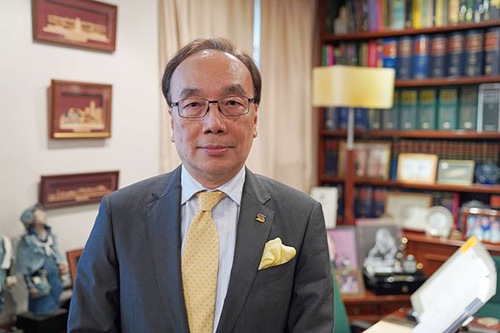 Mr. Leong is the Chair of the Hong Kong Civic Party and a senior lawyer, as well as an authority figure in the legal profession in Hong Kong.

“I hereby,” he said, “express my sincere congratulations to all Falun Gong practitioners, I hope all of you achieve progress in your practice and bring the spirit of Truthfulness-Compassion-Forbearance to its supreme realm.”

“Hong Kong follows the tenet of freedom of religion. However, we are seeing the government of the Special Administrative Region blocking the performance of Shen Yun, and ignoring the hostile interference with the Falun Gong practitioners’ truth-clarification effort. This is not a phenomenon that we can ignore.” 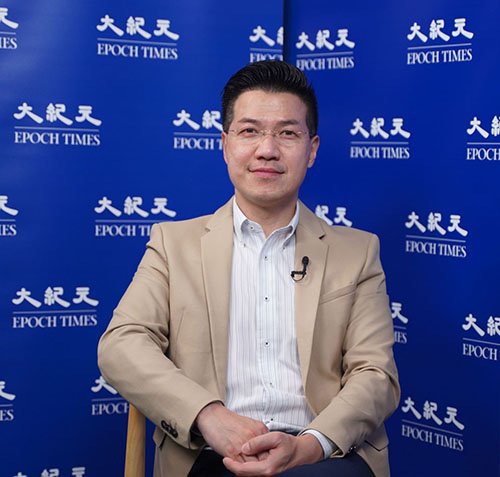 Mr. Fan said, “I express my highest respect to Falun Gong practitioners for their courage and insistence in practicing their belief, and their activities opposing the persecution perpetrated by the Chinese Communist regime on the mainland!”

He also said, “I wish a happy birthday to Mr. Li Hongzhi. I hope all Falun Gong practitioners continue to uphold their belief in freedom and practice their faith.”

“I hope Falun Gong practitioners walk their path firmly, and that they not only expose the political defamation and suppression of the communist regime, but also continue to practice their belief, so as to follow the principles Truthfulness-Compassion-Forbearance.”

Mr. Fan deems being truthful as the right of the citizens, “Being truthful, to tell the truth, needs to break many political lies. This philosophical and religious pursuit shares the common point with modern politics.”

He also said that, the behavior against anti-extradition protesters in Hong Kong, and the concealing of COVID-19 by the Chinese Communist Party (CCP), showed clearly their unimaginable cruelty when attacking human civilization and the international order. 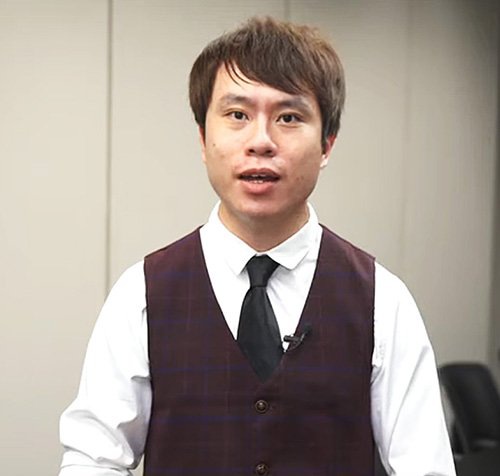 Democratic Party member of the Legislative Council, Mr. Kwong Chun-yu, is called “King of Tickets.” He accepted an interview with the Epoch Times, and signed a petition for the Shen Yun performance, when the show was blocked by the Hong Kong government in 2009.

He said, “The principles of Truthfulness-Compassion-Forbearance are very important. No matter what difficulties or evilness we are facing, we should insist on the compassion in our hearts.”

Yau Man-chun : Thanks to Mr. Li Hongzhi for His Support of Justice 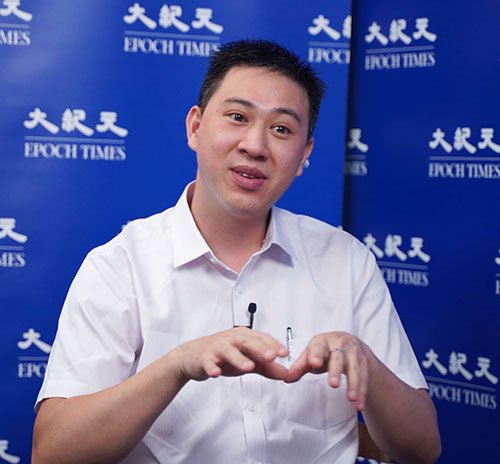 Yau Man-chun, the Sha Tin District Councilor, advocated that the principles of Truthfulness-Compassion-Forbearance are important for all ages. He wished Happy Birthday to the founder of Falun Dafa, Mr. Li Hongzhi, and said, “We should thank Mr. Li Hongzhi for his consistent support of justice, and for his teaching of Truthfulness-Compassion-Forbearance. I hope these values can continue to be promoted, so that justice can be fully recognized.”

Mr. Yau was introduced to Falun Gong in high school. He had heard of the persecution, but felt it was far away from him. However, in recent years the CCP’s continuous suppression of the protesters in Hong Kong helped him understand better the seriousness of the persecution. He felt lucky to awaken, and hopes that more civil servants will understand Falun Gong better and support each other.

“Especially during the last and this year,” he said, “we clearly empathized with the pressure that Falun Gong practitioners have been experiencing, and therefore highly respect their resistance.”

Mr. Yau has read Zhuan Falun, the main book of Falun Gong. He thinks that the principles of Falun Gong, Truthfulness-Compassion-Forbearance, are meaningful and should be adhered to by all ages. He said, “The pursuit of justice is the manifestation of truthfulness. Forbearance doesn’t mean ignoring injustice, but to advocate justice. This is the consensus that all Hong Kong people should reach through the eight months’ resistance to the tyranny of the CCP.”

Tam Heung-man: I hope Falun Gong will continue to be indomitable 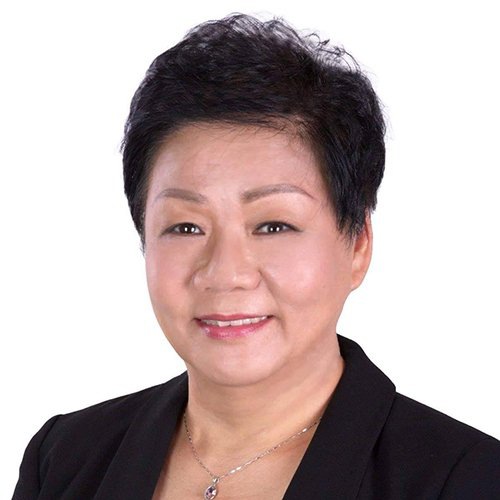 The former member of the Legislative Council and the current Councilor of Wong Tai Sin District, Ms. Tam stated, “Falun Gong practitioners have been persecuted, tortured, and killed for years. It is their strong will and courage that lets them resist the CCP’s suppression.” She hopes that Falun Gong practitioners will continue their bravery.

Wu Chi-wai: The resistance of Falun Gong is most admirable 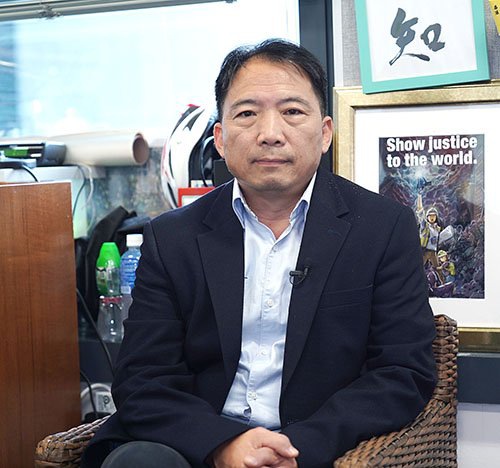 Chair of the Democratic Party and member of the Legislative Council, Mr. Wu Chi-wai

Mr. Wu Chi-wai, chair of the Democratic Party and member of the Legislative Council, noted that Falun Gong practitioners “have done a lot” in resisting the evilness of the CCP. 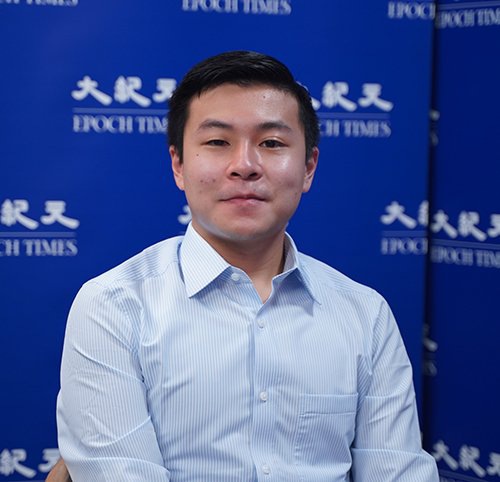 As the youngest district councilor, the 22-year-old Central and Western District Councilor, and student of the University of Hong Kong, Mr. Pang said, “Hong Kong is a place that values freedoms of speech and assembly, I hope that all Hong Kong residents will take the opportunity on May 13th Falun Dafa Day, to know more about the persecution of Falun Gong, and to pay more attention to this issue.” 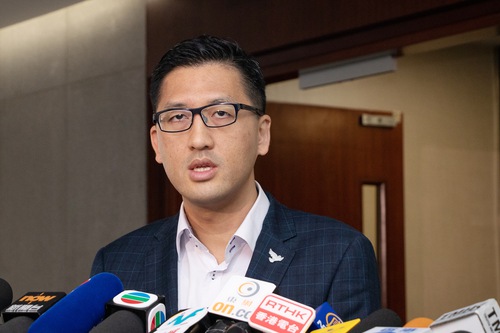 “Falun Gong practitioners have shown a fearless spirit when confronted with the dictatorship. I hope you can carry on with this spirit.”

Leung Kwok-hung: The CCP’s Persecution of Falun Gong Is the Most Severe 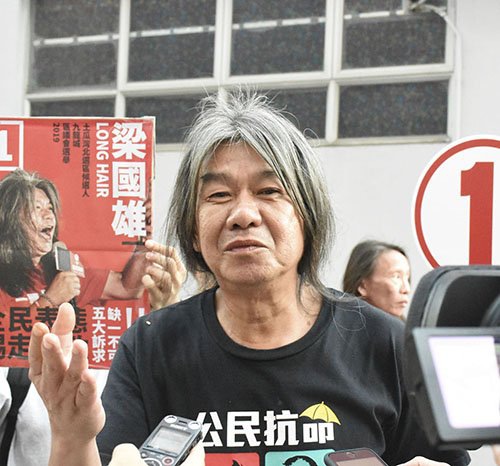 Mr. Leung stressed that the persecution of Falun Gong is wrong, “I hope that all religious believers being persecuted in China will be freed as soon as possible. I hope that all Falun Gong practitioners will be safe.”

“[Celebrating World Falun Dafa Day] Walking with the Divine, My Relatives Help Me Save People”