(Minghui.org) A fellow practitioner recently gave me some pictures of Falun Dafa (also known as Falun Gong) activities from the 1990s that have survived the persecution. The pictures reminded me of that unforgettable period of time. 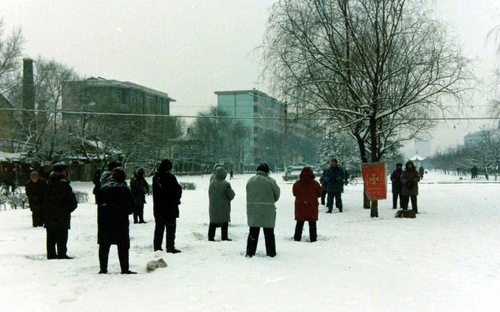 When the city assistance center was founded, Master wrote a letter to our city, telling us to walk the path righteously. We still cherish this great honor that belongs to all of the practitioners in our city.

I have a predestined relationship with Dafa, and I witnessed the process of Dafa spreading in my city.

In 1995 and 1996, we held dozens of free Falun Dafa seven-day workshops in our city. Practitioners brought their families and friends to the workshops. It was just like what Master described:

“Those who really have a predestined relationship and can enlighten will come one after another, entering the Dao and obtaining the Fa.” (“Enlightenment,” Essentials for Further Advancement)

Holding workshops was the biggest event in our hearts during those two years. I still remember how happy we were.

During those years, practitioners did the exercises in public parks and plazas every morning. Even when temperatures dropped to -20°F (-28°C), we kept going. At night, we went to an elementary school building to study the Fa together and do the sitting meditation. Most practitioners in my city obtained the Fa during those two years.

I remember how we were amazed when reading Master’s article explaining that time is a divine being. I can still recite the article:

“Master: There are also such people among veteran disciples. And the most outstanding evidence of that is that they always compare themselves with humans and with their own past, but fail to examine themselves with the requirements of the Fa at different levels.

Divine Being: These problems have already become very serious. It would be good if they could manage to search within themselves for the things that they have been able to find in others. ” (“A Dialogue with Time,” Essentials for Further Advancement)

The most important thing we learned that year was that a cultivator must look inward.

I still remember an interesting story, which left a deep impression on many people. That is the story of “an egg with a handle.” 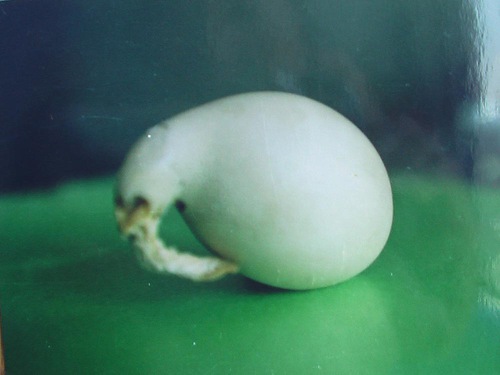 Mr. Yang opposed his wife cultivating Falun Gong, but his wife refused to give up practicing. The old couple argued a lot and their conflicts intensified. Their daughter asked Mr. Yang: “Why are you against Falun Gong? Mom does all the housework, and her body became healthier. She doesn’t need any medicine anymore. Isn’t it good?”

Mr. Yang could not give his daughter any reason. He said: “I don’t believe in Falun Gong. Have any of you guys seen any supernatural stuff described in the Falun Gong books?” The daughter said, “We haven’t, but it doesn’t mean those things don’t exist.” Mr. Yang said: “If one day the hen lays an egg with a handle, I will join you in cultivating Falun Gong.”

Mr. Yang's statement was made on the second day of the Chinese New Year in 1997. Two days later, their only hen laid an egg with a handle, He was shocked and speechless. With a little trepidation, he murmured: “Amazing, amazing!”

Mr. Yang stopped cursing at his wife for cultivating in Falun Gong and became supportive. Mr. Yang later suffered many diseases, but the family had no money for medical treatment. Seeing how his wife, a woman in her 70s, was so healthy and riding a bicycle every day, Mr. Yang also became a Falun Gong practitioner. 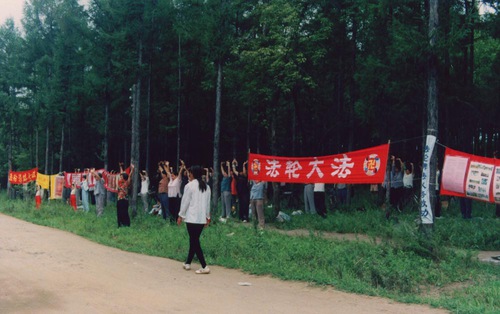 Group exercise in Jiamusi (taken in 1998) 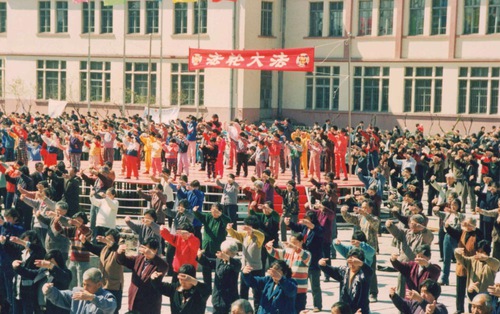 Group exercise in Jiamusi (taken in 1998)

In 1998, the trend of group exercises and the spread of the Fa reached an apex. Large scale group exercises with more than 1,000 people were seen in many plazas and public parks. The immense energy radiated to every corner of the city.

Falun Gong was introduced to the public in May of 1992. Within seven years, before the persecution started in 1999, the practice had spread all over China. A group of people, who followed the principles of Truthfulness-Compassion-Forbearance, had changed the culture of society.

There was a story in my city. A group of practitioners, who did the morning exercises at the city hall plaza, always cleared the snow away, and not only at the exercise site but also large areas around the city hall. The mayor was touched. He invited the local media to interview the practitioners. TV stations, radio shows, and newspapers praised them.

1998 was an unforgettable year. The spread of the Fa in Jiamusi was at its highest that year. 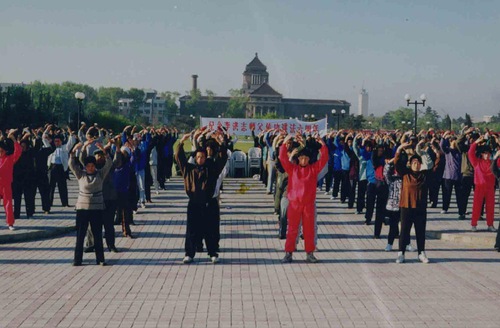 But some offices of the Chinese Communist Party (CCP) had already started to slander and frame Falun Gong. The public security department issued secret orders to investigate Falun Gong.

In 1998, the Falun Dafa assistance centers in Harbin and Dalian held a survey about practitioners’ physical and mental health. We also held a similar survey in our city. We invited local party officials to a forum where practitioners shared their experiences of benefiting from cultivating Falun Gong.

The results were good. For example, I told the party officials: “At a lecture given in 1994, Master Li Hongzhi promised to cure one disease for every attendee. I had suffered from tuberculosis since I was very little. Master Li waved his hand and the disease was gone. Who would believe such a miracle, if he didn’t experience it himself?”

Many practitioners shared similar experiences. The party officials were amazed, and many more people started to cultivate. Ironically, the public security bureau’s investigation provided information that we didn’t know back then: there were almost 100 million Falun Gong practitioners in China.

For thousands of years, humans have been looking for the truth of the universe and the meaning of life. We are so lucky to have the opportunity to cultivate Falun Dafa, which offers us the answers to those questions. As time goes by, people have witnessed the beauty of Falun Dafa. During cultivation, practitioners uplift their bodies and spirits, and see the true purpose of life: returning to one's original true self and one's true home.

However, the persecution started in 1999. The red dragon spread horror all over the world, trying to stop practitioners from returning to their true homes. Genuine practitioners are not scared. Facing the brutal persecution, they started the peaceful resistance, clarifying the truth to the public, and they have brought hope to the Chinese people.

So many years have passed. Looking at these pictures, I could not hold back my tears. The practitioners in the pictures, where are you now? Are you still solidly cultivating? If you have become lost, please return home. Don’t miss this precious opportunity. Master has told me to call you to return home.

“[Celebrating World Falun Dafa Day] Walking with the Divine, My Relatives Help Me Save People”