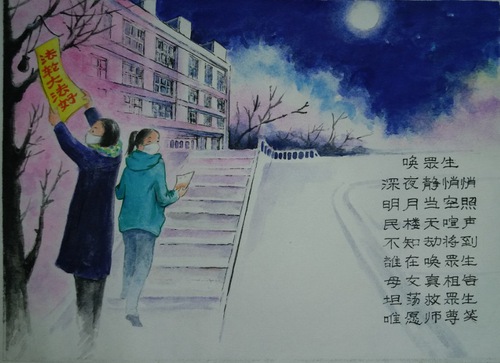 Banner on left reads: Falun Dafa is good.The painting is based on true people and activity during the pandemic in Heilongjiang Province. This is for celebrating World Falun Dafa Day.