(Minghui.org) May 13, 2020, was the 28th anniversary of Falun Dafa's introduction to the public, the 21st World Falun Dafa Day, as well as the 69th birthday of Mr. Li Hongzhi, founder of the mind-body practice based on the principles of Truthfulness, Compassion, and Forbearance. 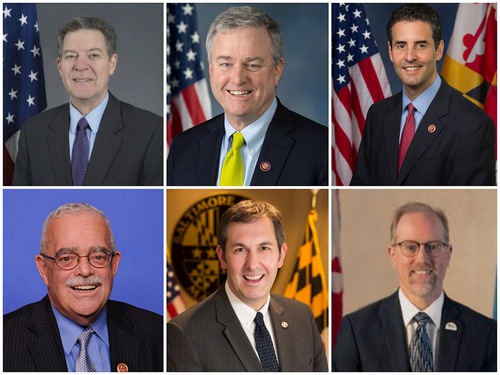 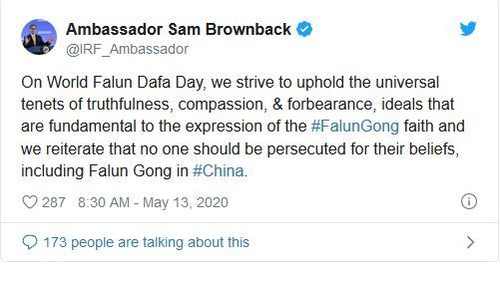 Above was a tweet posted by Mr. Sam Brownback, the United States Ambassador at Large for International Religious Freedom, on May 13, World Falun Dafa Day. 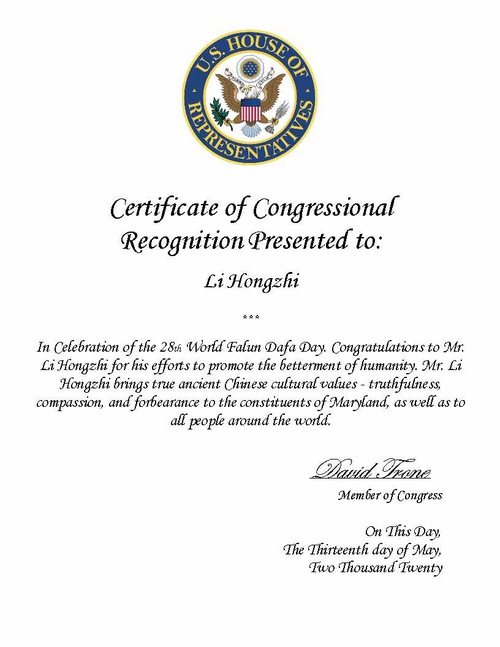 In the above certificate, Maryland Representative David Trone praised Mr. Li Hongzhi for promoting the betterment of humanity and bringing Falun Dafa to Maryland and all people around the world. 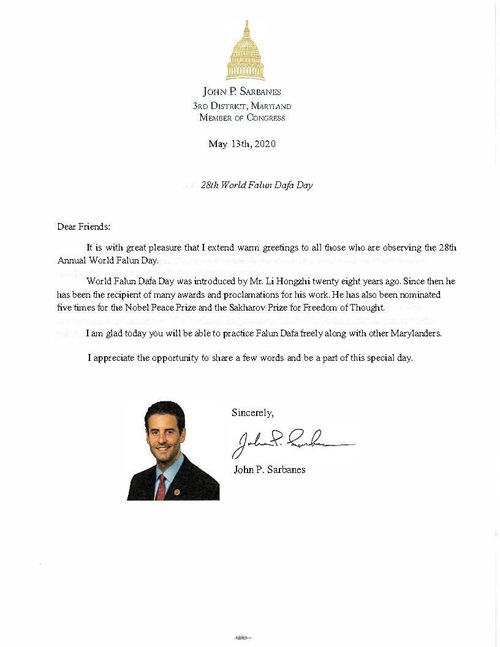 Another Congressman from Maryland, Rep. John Sarbanes, also extended warm greetings to practitioners. In the above letter, he noted that Mr. Li Hongzhi has been nominated five times for the Nobel Peace Prize and the Sakharov Prize for Freedom of Thought and has received many awards and proclamations. 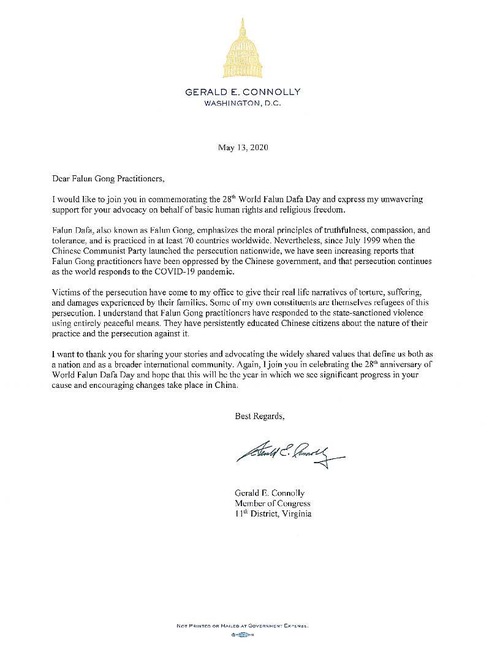 In the above letter, Virginia Representative Gerry Connolly expressed his unwavering support for Falun Dafa practitioners and thanked them for advocating the universal values of Truthfulness, Compassion, and Tolerance. 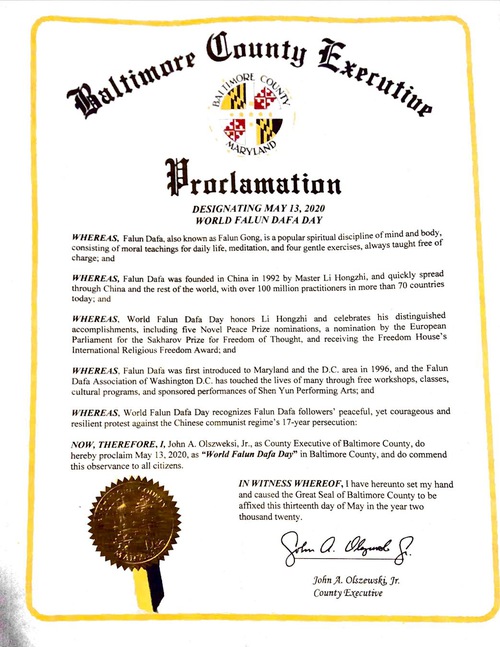 Baltimore County Executive, John A. Olszewski Jr., issued the above proclamation to designate May 13, 2020, as World Falun Dafa Day. He recognized Falun Dafa practitioners' peaceful, yet courageous and resilient protest against the Chinese communist regime's persecution.

Proclamation from City of Frederick, Maryland 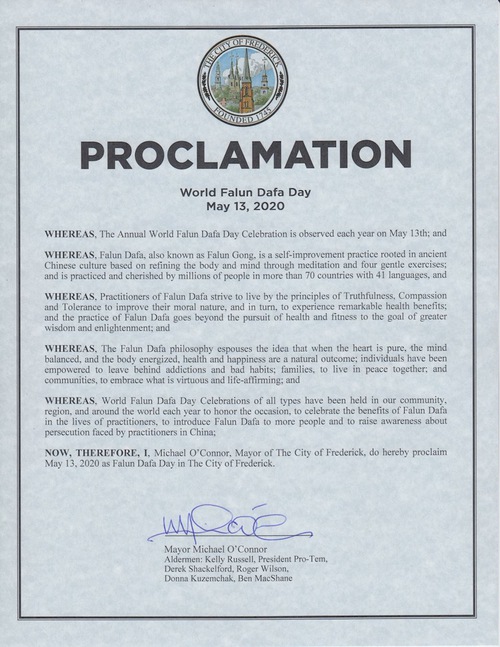 Mayor Michael O’Connor issued the above proclamation to “celebrate the benefits of Falun Dafa in the lives of practitioners, to introduce Falun Dafa to more people and to raise awareness about the persecution faced by practitioners in China.”