Hualien, Taiwan: Commemorating the 21st Anniversary of the April 25 Appeal in Beijing

(Minghui.org) Falun Gong practitioners held a group practice and signature drive in front of the Hualien train station on April 19, 2020. Their activities marked the 21st anniversary of the April 25 appeal in Beijing. Practitioners exposed the Chinese Communist Party (CCP)’s brutal persecution and called for an end to it. 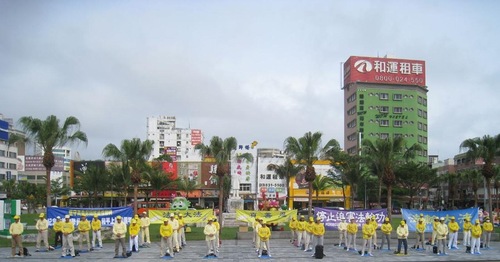 Group practice in front of Hualien train station on April 19, 2020

Nearly 10,000 Falun Gong practitioners went to Beijing on April 25, 1999, to request the release of 45 practitioners who were being detained in Tianjin, a city 60 miles east of Beijing. They also requested permission for the publication of Falun Gong books in China and to be allowed to practice Falun Gong in peace. The premier at the time met with several practitioners and resolved the issue peacefully.

But Jiang Zemin, who was then head of the CCP, wanted to eliminate Falun Gong. He initiated the nationwide campaign of persecution on July 20, 1999. He issued a policy to smear their reputations, bankrupt them financially, and destroy them physically. He also ordered the CCP propaganda machine to defame Falun Gong to mislead people both at home and abroad. 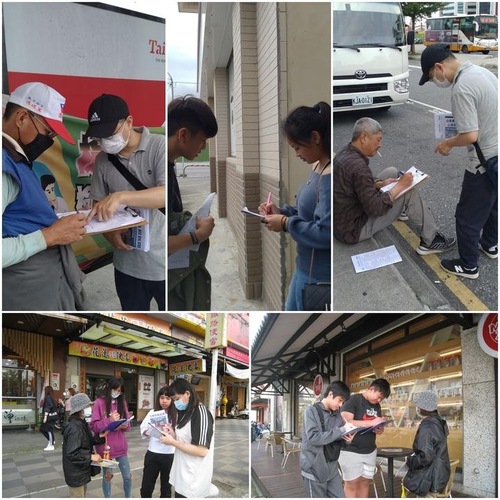 “The CCP persecutes Falun Gong, religion, and Uighurs,” said Mr. Chen, who was waiting outside the train station. “I saw the protests in Hong Kong last year on TV and on the internet. I feel fortunate that I don’t live in mainland China.

“The Wuhan virus has spread all over the world due to the CCP covering it up when it first started. I think we are in this predicament because the world has appeased the CCP. Everyone should heed this warning. Everyone should speak out against the CCP persecution. Of course I would like to sign the petition,” he said.

“I know about Falun Gong because I have traveled to many countries,” said Mr. Huang, a tourist who was visiting Hualien. “I know about the persecution and signed a petition in the U.S. I’ve learned from media reports that the CCP infiltrates other countries and challenges universal values.”

It’s been 21 years since the April 25 appeal in Beijing in 1999. Many Falun Gong practitioners in China have died from torture or from the CCP’s state-sanctioned live organ harvesting. Many more are imprisoned or held in black jails.

Falun Gong practitioners around the world keep the spirit of the April 25 appeal alive, follow Truthfulness-Compassion-Forbearance, and clarify the truth sincerely and rationally. Many people have learned about the benefits of practicing Falun Gong and have decided to do something to condemn the persecution.

“Former Teacher Missing, Friend Suspects Another Arrest for Her Faith”