(Minghui.org) Several Canadian lawmakers have expressed serious concerns about the relationship between the World Health Organization (WHO) and Chinese Communist Party (CCP) in the handling of the coronavirus pandemic.

According to Canadian media CBC, the conservative leader Andrew Scheer said on April 15 that “We’ve got serious concerns about the accuracy of the information coming out of the WHO.”

Scheer said he has reservations about the WHO’s track record during the pandemic, especially its initial claim that the virus did not spread between people and its warning against closing borders to China.

“We’ve seen examples of how the communist, autocratic, human rights-abusing government of China has had an inordinate effect on the WHO. There’s evidence of suppressing information, not being open and transparent about the number of cases. Those are very concerning,” Scheer told CBC.

Scheer also said that he was disappointed that Bruce Aylward, a Canadian epidemiologist who visited China earlier this year and hung up on a Hong Kong reporter when asked about Taiwan, suddenly canceled his testimony to a House of Commons health committee meeting on April 14.

He questioned whether the government should still rely on information provided by the WHO in making its decisions to fight the pandemic.

Scheer was one of the prominent Conservatives in Canada who have signed an open letter published by the Macdonald-Laurier Institute, which condemns Chinese communist regime’s cover-up of the coronavirus pandemic and calls it China’s “Chernobyl moment.”

The letter said, “The roots of the pandemic are in a cover-up by CCP authorities in Wuhan, Hubei province. Under the influence of the CCP the World Health Organisation first downplayed the pandemic.”

The letter continued, “Taiwanese health officials also allege that they ignored their alerts of human-to-human transmission in late December. Under pressure from the CCP, democratic Taiwan—which has coped with the pandemic in exemplary fashion—is excluded from the WHO.”

John Williamson, another Canadian MP who has signed the letter, said to Global News, “The Chinese Communist Party dictatorship is built on force and intimidation of the Chinese people and ethnic minorities. Its rulers have no fidelity to individual freedoms, transparency or the rule of law.

“Beijing needs to be held accountable for its actions, at home and abroad, and not be treated as an ordinary member of the international community. I believe Canada’s ‘business as usual’ with mainland China should end.”

Echoing the lawmakers’ concerns over the WHO and its relationship with the CCP, J. Michael Cole, a senior researcher of Ottawa-based Macdonald-Laurier Institute, published an article titled “The United Nations Has A Bad Case Of Covid-19” on the institute’s website on April 14, detailing how the CCP extended its tenacles to the United Nation and many of its agencies. 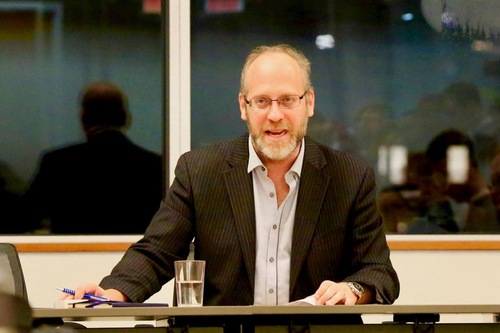 His article said, “As with other UN agencies, the WHO often appears to have become an extension of Beijing’s foreign policy; its top officials ‘owe’ Beijing, which used its growing influence behind the scene either to have its own people (e.g., the International Civil Aviation Organization, Interpol) or representatives from other countries whom it believes it can bend to its will, elected.

“Over the past decade, we have allowed China, one of the world’s most egregious human rights violators, what with its assault on civil society, dissidents, religion, and freedom of expression, and erection of concentration camps in Xinjiang, to tighten its grip on the UN system. Through that influence, it has been rewriting the very principles that have underpinned the global body since its creation following the turmoil of World War II. Beijing has done so not because it fundamentally believes in international institutions, but rather, in a manner quite reminiscent of the USSR before its collapse, because the world body serves as a conduit to advance its own geopolitical ambitions.

“Through neglect and lack of leadership among Western democracies, authoritarian China has accumulated undue influence at the UN Human Rights Council, the Economic and Social Council and the UN General Assembly, where it has used ‘bloc voting’ among member states to further its antidemocratic agenda.

“By our negligence, we have allowed the UN to get away with serious violations and influence-peddling in the upper echelons of the organization.”

The Mounting Lawsuits Against the Chinese Communist Party

While Canada is still struggling to deal with the pandemic, many countries and individuals are already taking further actions to hold the CCP accountable for the pandemic.

In the US, Larry Klayman, a prominent conservative lawyer, filed a complaint in a federal court in Texas, seeking $20-trillion dollars from China for its “callous and reckless indifference and malicious acts.”

The Henry Jackson Society in the UK estimated that the coronavirus pandemic could have caused £3.2 trillion in losses in the G7 nations, including £351 billion losses to the UK economy. It outlines 10 legal avenues major nations could take to pursue damages from the CCP Government.

Adish Aggarwala, the President of the International Council of Jurists, also filed a complaint with the United Nations Human Rights Council (UNHRC), accusing negligence by the CCP authorities in dealing with the pandemic. It sought an unspecified amount as a financial reparation from China.

“Clarifying the Truth about Dafa During My Lunch Break”