(Minghui.org) Falun Dafa practitioners held activities at Auckland’s central Queen Street on Saturday March 21, 2020 to introduce the practice to the public. They also called attention to the 20-year-long persecution in China. 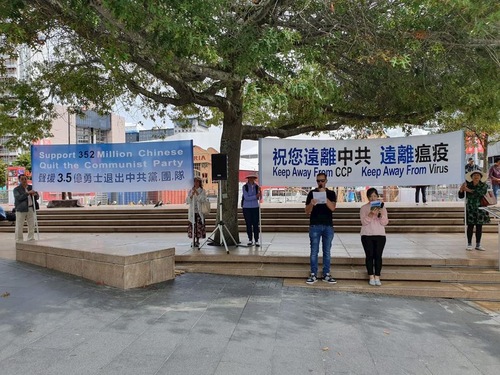 The CCP Focuses on Blocking Information Instead of Fighting the Coronavirus

Kerry Gore, a New Zealand human rights lawyer, spoke at the event, “The Chinese Communist Party (CCP) has persecuted many religious groups including Falun Dafa practitioners, family church members, Tibetans and Uyghurs. These atrocities have been recorded in detail by independent, reputable organizations such as Amnesty International, Human Rights Watch, Freedom House, the United Nations High Commissioner for Refugees, the U.S. Congressional-Executive Commission on China, the United States Commission on International Religious Freedom (USCIRF) and so on.” 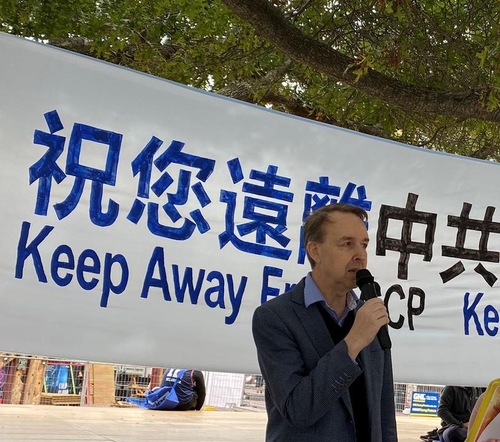 Gore went on to say, “And now, in comparison to its efforts in fighting the coronavirus, the CCP is more focused on blocking information on the outbreak, suppressing news that could have saved countless lives. The Chinese government should have taken measures upon learning that the virus can be transmitted between humans. If it had done so right from the beginning, a global pandemic would have been avoided.”

Gore called on the New Zealand government to strongly oppose and help stop the CCP’s crimes against humanity.

Communist Ideology Is Evil and Against Humanity 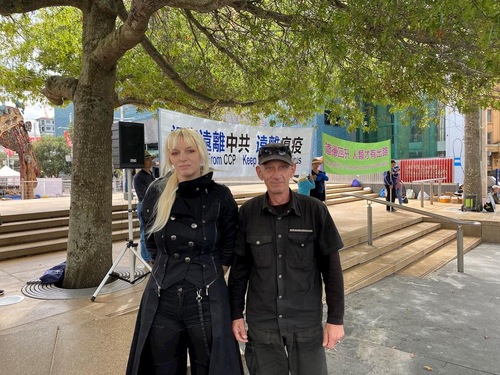 Greg Maier is a freelance musician and one of his friends practices Falun Dafa. His friend was a drug addict and did many bad things in the past. His friend’s family was on the verge of falling apart and he was going to lose everything. Maier’s friend became a new man after he began the practice, quitting gambling, becoming a good person; his family was saved.

Greg said, “Falun Dafa is wonderful. It makes one peaceful and find meaning in life.” He criticized the CCP's inhuman acts, saying, “People’s lives are worthless under communist rule. I was born in West Germany and lived near the Berlin Wall when I was young. I witnessed East Germans massacred by machine gun fire. I saw on television the CCP used tanks and guns to suppress the students during the June 4 Tiananmen Square massacre. It was cold-blooded. I don’t understand why we Germans still trade with China. Human lives are no longer important in the face of power and money.”

He also believes that Falun Dafa practitioners are victims of state-sanctioned organ harvesting in China. In his opinion, the current pandemic is a form of war except that it is silent, “This is biochemical war, economic war, a battle to control people’s thoughts. The CCP wants to rule the entire world and control all of humanity.”

It Is Absolutely Wrong to Persecute Falun Dafa 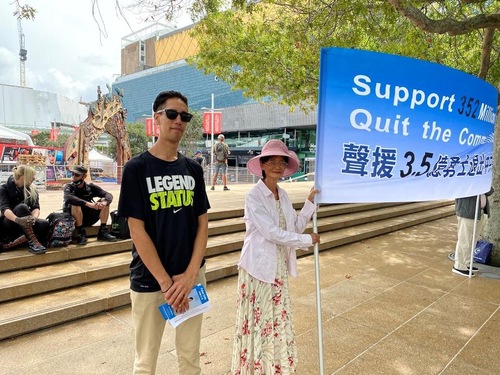 Jordan Turner is a Maori who studied Chinese and French in college.

He said, “I learned Chinese because I love China. But I'm not a communist. In fact, I'm against communism. However the Chinese people and its history are great and I like them. I hope everyone in China has the right to elect their government. It is wrong to persecute Falun Dafa practitioners and even more cruel to kill them for their organs.”

“Master Is Helping Us Save People During the Global Pandemic”