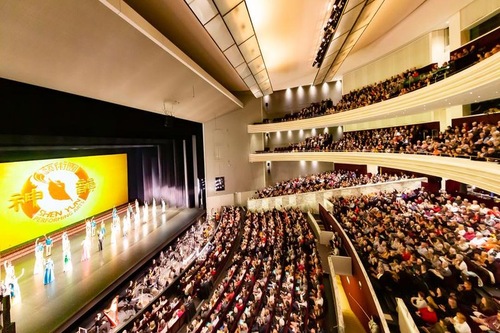 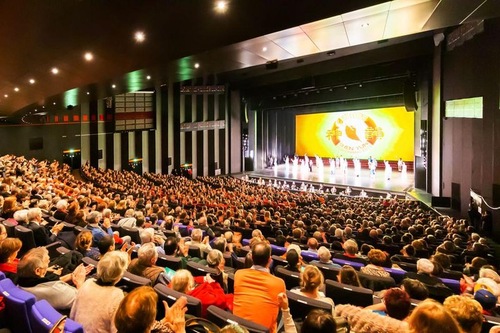 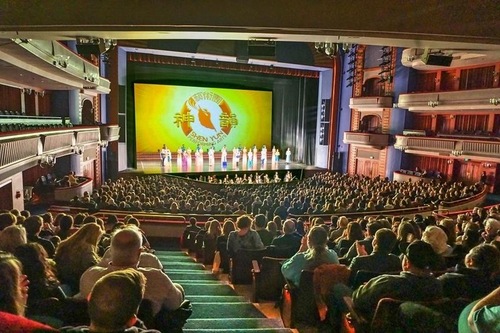 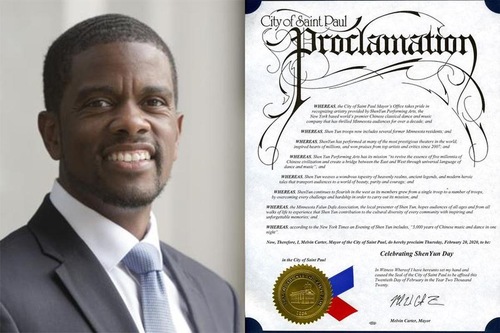 “Comes from the Heart” 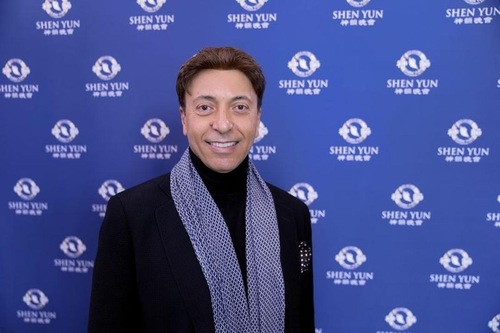 Classically trained in ballet, Florida-based Sarwat Kaluby earned his BA and MA in choreography at the Kirov (Mariinsky) Theatre in St. Petersburg and has danced with renowned companies such as the New York City Ballet and the Paris Opera House. He saw Shen Yun's performance at the Thrasher-Horne Center in Jacksonville, Florida, on February 22.

He said, “I loved it... Great dancers, great technique, wonderful artists. The choreography is fantastic and the music is wonderful. It’s really fabulous.”

“The ladies are so graceful, and the costumes are just making the movements even more grand. The movement itself, it comes from the heart, from inside, and it’s all expressed outward. And it’s not a small movement, it’s really grand... Their technique, their artist[ry] is fabulous. And even the use of their arms and feet, their extensions, their leaps, are just amazing. Whether it’s ladies or men, they’re all just equally impressive, just impressive.

“It puts you at ease. It puts you in a whole different level of feeling. It’s very calming. It has quite a lot of serenity around it. There’s no other word I can think of.

“The spiritual part is great. It speaks to everybody... I think there are more spiritual people today than used to be. And there are many different ways of expressing themselves, and ultimately it leads to one direction, which is a higher being.

“It’s what you see today. You see the good ones and the bad ones and the struggle between them, and I think ultimately the goods win. Good people win always.

“It’s sad if this particular style and these cultures disappear, so keeping it alive is very, very important for the new generation that has never seen such a thing. I believe it’s an important part,” Mr. Kaluby said. 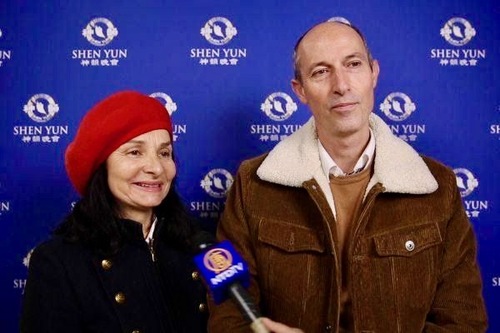 Corinne Tixier, a dancer who saw Shen Yun with her companion Philippe Cassius in Tours on February 19, said, “I was really overwhelmed by everything I saw and heard, from the orchestra which was magnificent, to the choreography, to the costumes. It’s the quintessence of the eternal China that stands out in this show.

“What amazed me was the almost acrobatic work alongside the softness where there is absolutely no effort.

“Energy punctuated by extremely precise, measured gestures, and with a concentration that also reminds me of the work in martial arts, therefore deeper in harmony than the worldwide classical dance technique of today’s operas.

“I come out with respect for beauty and of women who are truly extraordinary, through their refinement.

“I think it’s vital, for today’s world, to reconnect the human to the spiritual and to the beauty of the world. That is, the earth, the planet as it should be, virgin, natural, pure, with humankind again divine.

“We’re recovering respect for humanity and energy, too. It’s going to help me recover these values. I think this is very, very important.

“You bring so much, such as hope for mankind and respect for the beauty of humans on planet earth,” Ms. Tixier said.

Philippe Cassius, her companion, added, “I think she’s said it all. It’s true that through the show, it’s all the beauty of human beings in their most beautiful and noble aspects that they were able to express with joy, love, and talent. They are examples to be followed.” 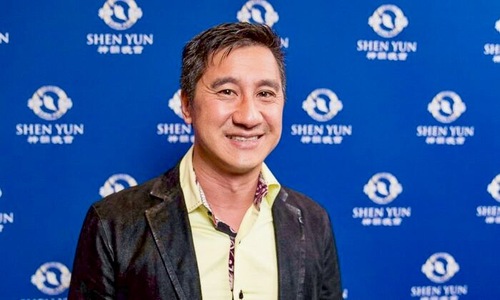 “I feel really inspired, like they want to share from the heart... It’s time for people to get back together and bring back spirituality.

“Chinese have thousands and thousands of years of culture and spirituality, and in one fell swoop, it was gone... And now, it’s great to bring it back and to see it live. We can bring it back.

“I think it’s great because a lot of values have been lost in terms of going into money and very materialistic things versus the very spiritual part which is really important. That’s how we came about and that’s our past. It’s our culture. And I think it’s great to bring that back out into the world—it’s so important.

“I could see the full essence of the being and the spirit, the divine spirit going through these young, amazing dancers. You can see it flowing through them in how they express themselves,” Mr. Huang said.

To Shen Yun’s artistic director and all of the artists, Huang had words of gratitude and encouragement. “Keep doing it. We will be back the next time you guys have another show and continue to share all your creativity with the rest of the world.” 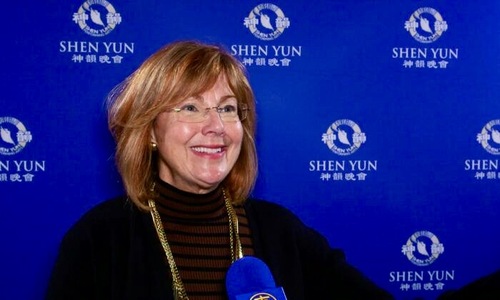 Deborah Prischmann Gryniewicz, vocal instructor and former vocal faculty member at the University of the Arts in Philadelphia

Deborah Prischmann Gryniewicz, vocal instructor and former vocal faculty member at the University of the Arts in Philadelphia, saw Shen Yun at the Tucson Music Hall in Tucson, Arizona, on February 22.

“I love the dancing, the music, the choreography for storytelling. I enjoyed the narration in between [the vignettes]. It really engages the audience. I thought that was brilliant... It was just absolutely very uplifting,” said Deborah Prischmann Gryniewicz at the show in Tucson.

“Very hypnotic, meditative—the classical style and the instruments were just beautiful... I love that instrument that they brought up on stage that sounds like a human voice in some aspects [the erhu].

“And I loved the projection on the screen. I noticed that is an innovation and that was truly amazing how the dancers would just float off into space.

“It opens our eyes to the persecution of the Chinese people, what they have to endure. Communism’s taken away such beauty, their past, their story. [Shen Yun] is not allowed to perform in China, which I find very sad.

“[However], it is beautiful. I’m all for that. I think it’s absolutely wonderful to tell their story. And it’s the China that we all don’t know about here in the West,” she said.

““Someone Told Me in My Dream to Quit the CCP””