(Minghui.org) As the Wuhan pneumonia epidemic continues to spread through China, large cities and smaller communities have been put under lockdown. In many areas, only one person from each family is allowed to go shopping for groceries and other necessities once every two days, and this person must return within two hours. When the delegated shopper returns to the housing complex, they must have their temperature taken and submit their pass to the local authorities. Most businesses are closed and few pedestrians are moving around.

Despite the difficulties imposed by the lockdown, Falun Gong practitioners have continued their efforts to help people learn the truth about the practice. While authorities are preoccupied with efforts to suppress information about the coronavirus, Falun Gong practitioners have been posting stickers throughout cities' formerly bustling districts. These posters can be seen along the main streets of Shijiazhuang in Hebei Province, Shanghai, and Qingdao in Shandong Province.

The banners convey the goodness of Falun Gong and advise the public to escape the epidemic by sincerely reciting the phrases: “Falun Dafa is good. Truthfulness-Compassion-Forbearance is good.” 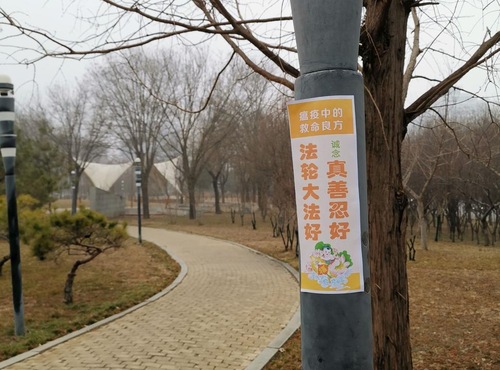 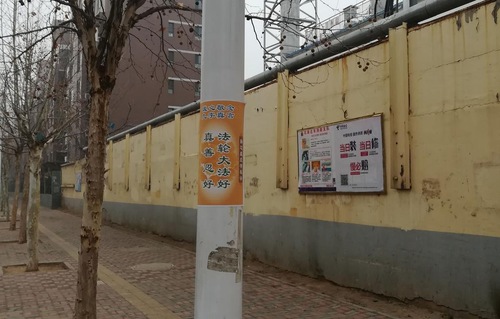 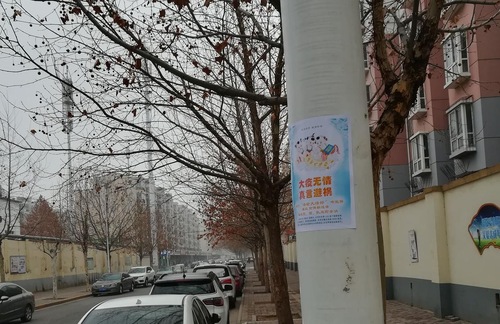 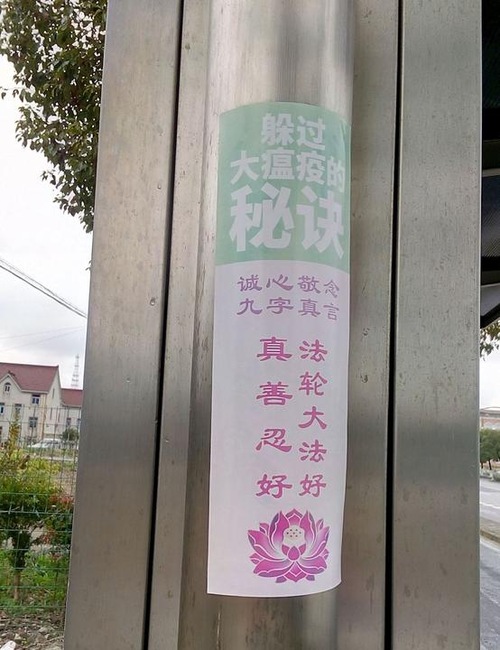 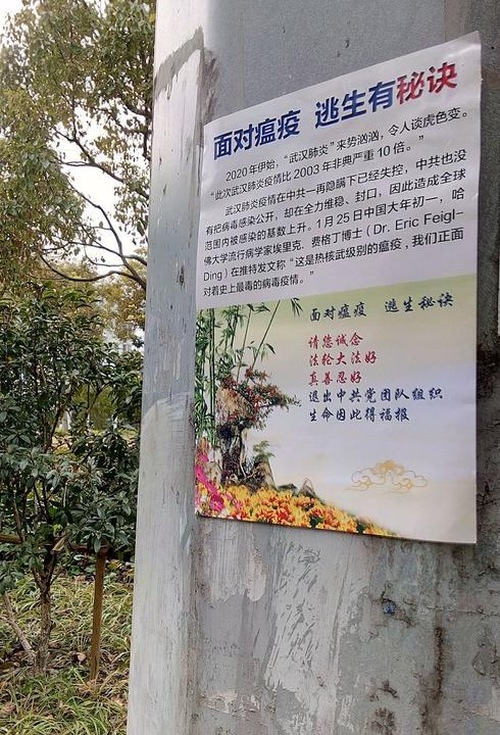 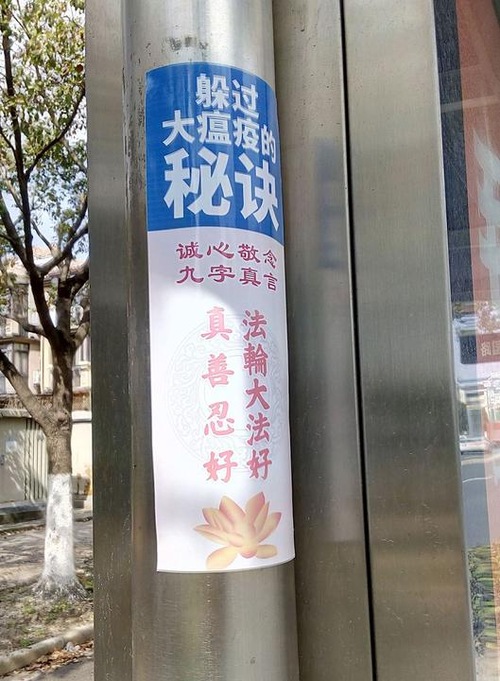 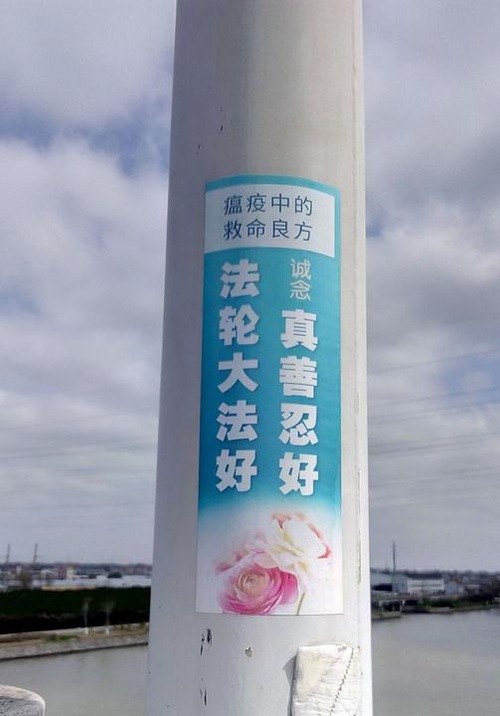 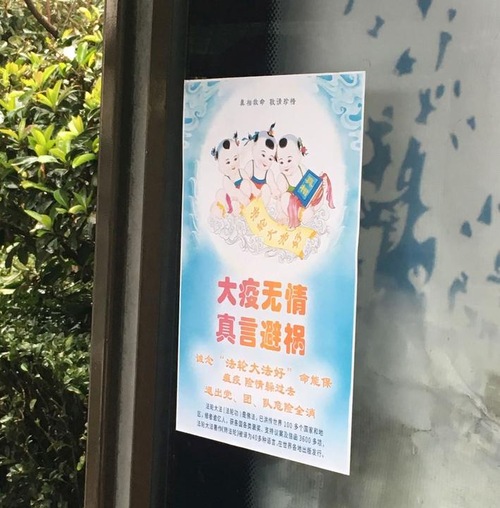 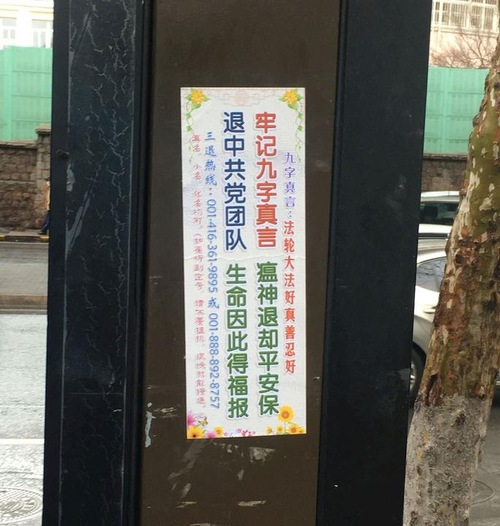 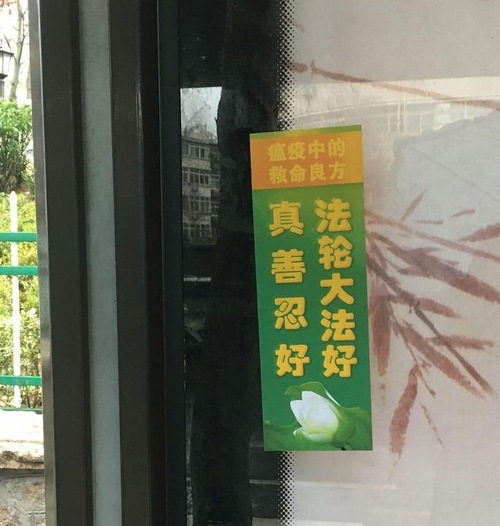 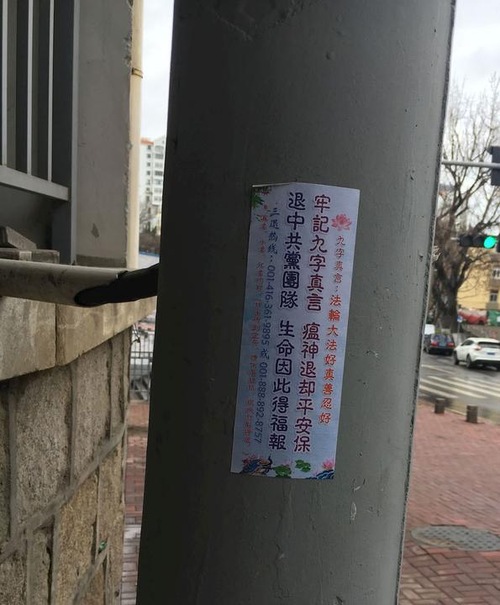 Falun Gong was first taught to the public in 1992, and within a few short years, 100 million people across China were practicing Falun Gong after experiencing improvements in their health and character.

In 1999, Jiang Zemin, then head of the Chinese Communist Party (CCP), perceived the spiritual discipline's growing popularity as a threat to the CCP's atheistic ideology. He issued an order to persecute Falun Gong on July 20, 1999.

Under Jiang's personal direction, the CCP established the 610 Office, an extralegal security organization with authority to override the police and judicial systems. The 610 Office's sole function is to carry out the persecution of Falun Gong.

Minghui.org has verified the deaths of thousands of Falun Gong practitioners in China over the last 20 years of persecution, though the actual number of deaths is thought to be much higher. Many, many more practitioners have been imprisoned and tortured for their faith.

“People in Wuhan Are Blessed by Believing “Falun Dafa Is Good””

“Incapacitated After Serving Seven Years for Her Faith, Liaoning Woman Passes Away”