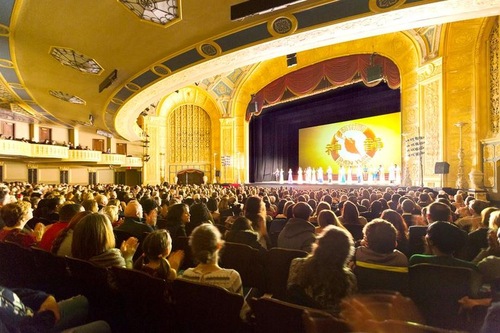 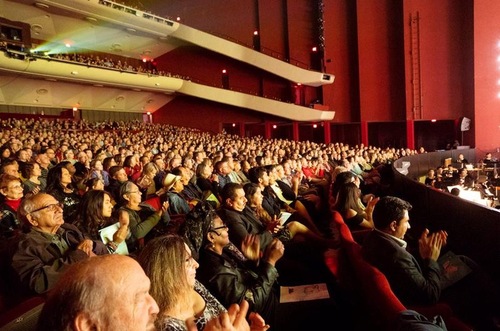 “The Grace Is Just Like Nothing I've Ever Seen” 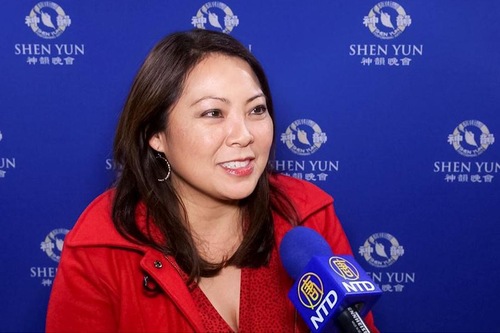 Marcella Lee, an Emmy-winning reporter and news anchor for KFMB-TV, CBS News, saw Shen Yun with her family at the San Diego Civic Theater on January 25, 2020.

“It was spectacular! All the colors, the beautiful movements ... When the actors and the artists dance, and they tumble, they’re so graceful—it’s almost as if they have wings! I enjoyed it immensely,” she said.

“They were mesmerizing, I mean, just beautiful. The way that they move, the flexibility of the artists, and the grace is just like nothing I’ve ever seen.

“It almost seems not human for them to be able to do what they can do, how high they can jump, how beautifully they can express themselves, almost seems supernatural, so it’s just fantastic.

“It was almost like we took a trip as a family back in time, and got to relive what it might have been like back in the days of the Manchurian [court]. We saw the palaces and all kinds of history here brought into real life in living color for my kids.

“A-plus... They get a 100 percent, a 1,000 percent for doing that. You can tell that the people working behind the scenes, the creative directors and the stylistic directors, paid so much attention to detail in really bringing that history to the year 2020. It was just really marvelous.

“The orchestra was phenomenal. We were so impressed. My kids play piano, so we know classical music, and just to hear all of the Chinese instruments meshing so beautifully with the Western instruments, it was so magical and it matched the performers so well. It was amazing.

“This was by far the most wonderful way for my family and me to kick off Chinese New Year,” Ms. Lee said.

“You Just Can't Help But Admire Them” 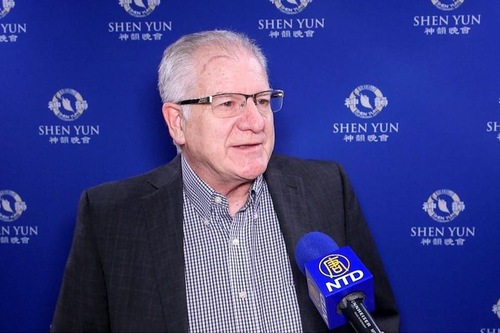 He said, “It’s wonderful ... I’m enjoying every bit of the costumes, the color, the music. The staging is just spectacular.”

“The staging is just amazing. And I think it gives a depth to the entire performance, which adds so much more to it because the dancers are so much right in front of you and so alive, and so vibrant. But the depth that that brings, it makes you feel like you’re in China.

“[Shen Yun] is a really good example of how you’re bringing culture into today’s environment. So it’s just spectacular.

“Clearly, [Shen Yun dancers] they’re very much alive, and they very much love what they do, and it comes across in their faces, and their whole body positioning, everything. But they’re so fluid, they’re so natural. It’s just, well, you just can’t help but admire them.

“I think, especially what struck me the most is that we worship a Creator. A Creator that’s loving and full of life, and imbues us with something that’s beyond ourselves—the divine. 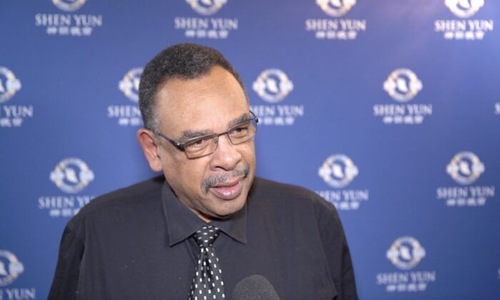 Norah Duncan IV, a professor and the chairman of the music department at Wayne State University in Detroit, saw Shen Yun at the Detroit Opera House on January 25.

He was especially impressed by Shen Yun's orchestra, “It’s interesting because obviously it’s sounds from the traditional symphonic tradition, imbued with the culture of China, you know. And it’s really fascinating to see how they so intricately combine together to form a rather interesting and exciting accompaniment for the dance.

“What I’m hearing very clearly is that it’s characteristics of authentic—what I think is authentic, Chinese culture coming through. And so that combined with the dance makes for a rather exciting performance,” he said.

“It’s good to be reminded that we’re not all from the same tradition, but there’s a lot of commonalities in terms of our beliefs, as far as deities, that kind of thing. So it just gives me an insight into a particularly different way of viewing the beginning of time, the beginning of civilization, the beginning of culture.

“It’s always rather refreshing to see that in this world in which we live, there still is music that is rather alive and dynamic, that expresses, however, a culture that is quite different from ours. When we do, we are able to share in a likeness, because we’re connected by our human spirits,” Mr. Duncan said.

“This Feeds Mainly Our Soul” 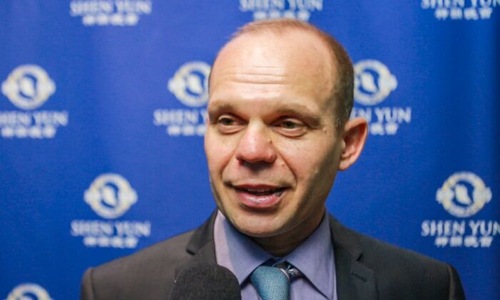 He said, “It’s absolutely amazing, so inspirational for me... It’s breathtaking, absolutely.”

“Whatever I teach in martial arts I can see on the big stage now, and it’s so colorful. I am speechless. It’s so colorful, and the technique, the skills, the acrobatic moves, the dance moves, the choreography. I mean it’s indescribable.

“You know, in today’s world where everything is so commercial, this feeds mainly our soul, that’s how amazing it is.

“It’s absolutely breathtaking. Every single moment I can see the details. I’m trying to, daily in everyday routine, I am trying to spread this to my students, and I’m thinking I am learning a lot as well, just observing. The professionalism is amazing.

“The main message for me is just to slow down and do something more for our soul rather than for the everyday rat-race.

“What I’ve noticed, and what we try to send to the young generation, is not actually the goal we achieve, it’s the way, the journey we’re going through,” Mr. Wozniak said. 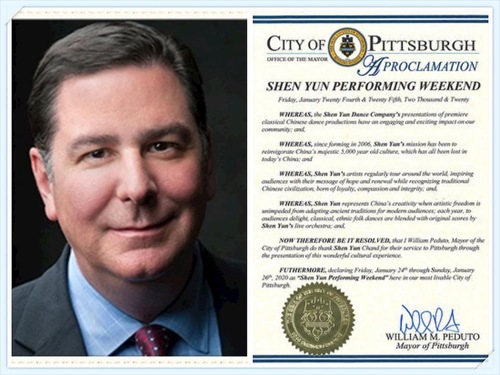 Proclamation from William Peduto, the mayor of Pittsburgh 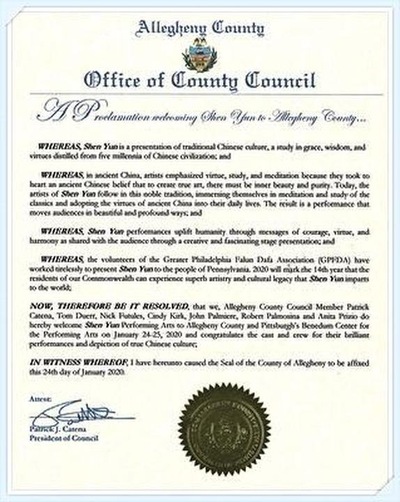 Proclamation from the Allegheny County Council