Shen Yun Touches Theatergoers in Europe and the Americas

(Minghui.org) Shen Yun Performing Arts traveled across the Americas and Europe from January 30 to February 9, 2020, performing in Brazil, Peru, the Netherlands, Belgium, and the United States. 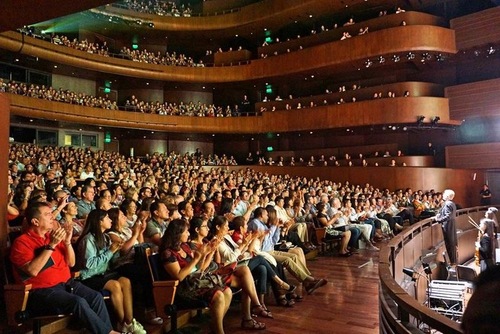 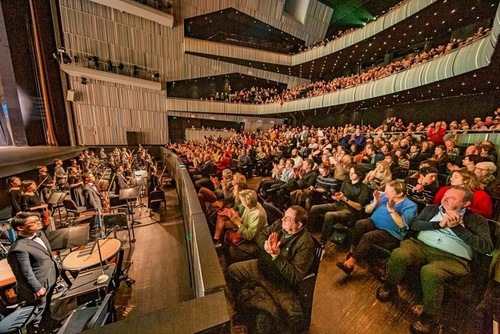 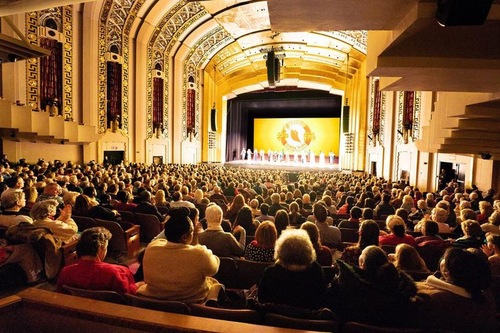 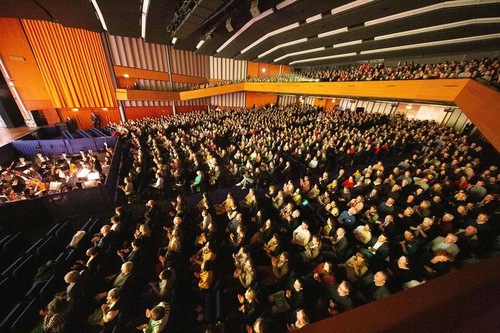 Shen Yun Touring Company at the RAI Theater in Amsterdam, Netherlands, on February 1, 2020. The company presented three sold-out performances in Amsterdam from February 1–2, 2020.

“Reaches the Soul and the Heart” 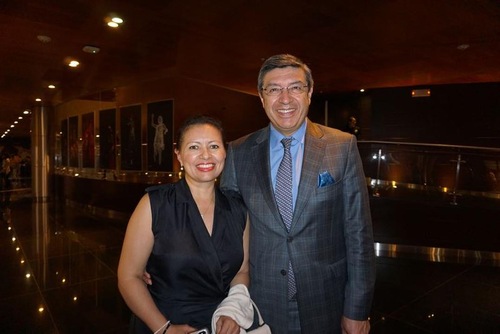 Jorge Hernando Pedraza (right), Secretary-General of the Andean Community of Nations, enjoyed the Shen Yun performance at the Gran Teatro Nacional in Lima, Peru, on February 8, 2020.

Secretary-General of the Andean Community of Nations Jorge Hernando Pedraza attended the Shen Yun performance at the Gran Teatro Nacional in Lima, Peru, on February 8.

“It is a performance that transforms you and transports you, awakening special sensory feelings,” he said.

“The Chinese culture is opened, and of course, it also generates a kind of uplifting, in that encounter with the spirituality of which the performers demonstrate ... [A display] in its traditions, in its customs, in its depths, and, above all, in the smoothing of the human being with its spirituality.

“Excellent stage design, the choreography, the dances, the message, the music... With music that complements and makes one permanently enter the performance and feel that we are living the culture they convey.

“You feel a lot of immersion in something that probably touches the sensory organs, you can see, you can feel, but I also think that the performance reaches the soul and the heart.

“It gives us some profound messages about how mankind must dedicate itself to good over evil, and how we must always keep in mind the fulfillment of some mandates that make us respect a higher being so that we have a better way of living together and avoid the self-destruction of the human being,” Mr. Pedraza said.

“It Really Touches You” 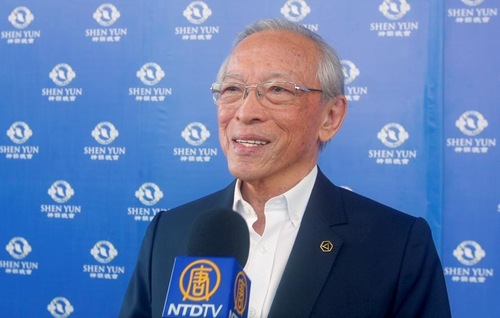 “Really impressive perfection. The choreography, the message they convey. It really is an ancient art that has been updated. It doesn’t look old-fashioned, on the contrary, very up-to-date, combined with modern technology. All that makes it a show that is unparalleled.

“It’s very necessary in the modern world, or the post-modern world we are living in, where the only thing that is worthwhile is the present, to live in the moment, no values, no ideals ... I believe that this message [of Shen Yun] is very relevant to the current situation of mankind.

“The appeal or word of encouragement to return to spirituality is very, very important. I think everyone will understand it in their own way, but I think it is very important to get out of the material, out of this materialistic humanism that we live in, and to recognize again that we are matter, but also a spiritual part, which is the most important thing.

“It’s important as a message to the new generations that have been born in a world that has lost its values, its ideals. I think the work they’re doing is very important,” Mr. Lay said.

“I'm Being with God” 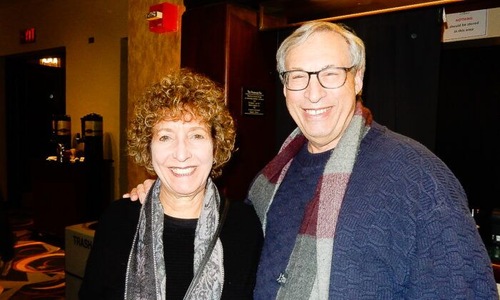 Allen Lefkowitz (right), a rabbi, and his wife, Jody, a school administrator, saw Shen Yun in Hartford, Connecticut, on February 9, 2020.

Allen Lefkowitz, a rabbi, saw Shen Yun with his wife Jody in Hartford, Connecticut, on February 9, 2020.

“God has given these bodies the ability to move like this. It’s a gift, a gift from above,” he said.

“[I] appreciate the beauty and the God-given art of this dance. Beautiful. It’s beautiful. Just very artsy and moving.”

His wife, Jody, who is a school administrator, also shared, “Yes, very moving and spiritual. Deeply moving on the inside, spiritual, heartfelt, stunning.”

“A beautiful message. I feel like I’m being with God. Like being in God,” Mr. Lefkowitz added. 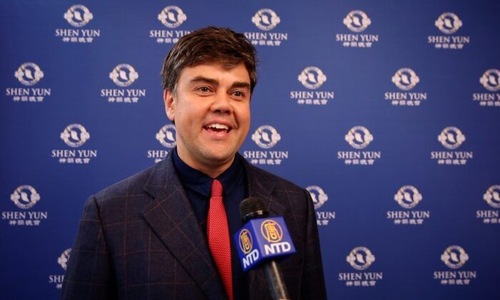 Fabio Pirola, a conductor, saw Shen Yun at the Rai Theater in Amsterdam on February 2, 2020.

“It’s very high level. Very fine, very delicate sometimes; very dramatic sometimes when you need it for the dramatics of the show.

“It’s very important today to give this message of peace, tolerance, and being—a better and better human being on the earth. And especially for the artist, because we need that for the artist.

“Many artists just get lost in the things that don’t improve themselves, so for the artist to be able to have an ethic, it’s a challenge.

“That’s quite important, especially today ... In general for music, especially for artist people, because many people just, they get lost and in this way [following a spiritual discipline] you really have the way to grow up also artistically in the right way yourself.

“It’s marvelous, so I really hope many people, all the people can watch it and enjoy it,” Mr. Pirola said.

Dirk Lindenbeck, a retired engineer and company president, and his wife saw Shen Yun in Charlotte, North Carolina, on February 6, 2020.

Dirk Lindenbeck, a retired engineer and company president, saw Shen Yun with his wife in Charlotte, North Carolina, on February 6, 2020.

“[Shen Yun] was great. It was something completely different,” Mr. Lindenbeck said.

“This show here is a mix of Chinese and Western music, which makes it very interactive, attractive for people who don’t know Chinese music but do know Western music. So it fits together and makes it easier to understand the Chinese music.

“It is interesting to learn this way ... How China was developing, what the historical background is. And to understand why this type of music is developed over the centuries or thousands of years.

“[Shen Yun’s spirituality] is something which takes you and makes you enjoy what you’re listening to and hearing and when you also understand then, that this performance is trying to counteract the negative actions which over the last hundred years or so, have made the country suffer. Then it’s always better when a positive step is there, which can have the chance to do away with the negative aspects,” he said.

“Hurrying to Save More People During the Current Epidemic”