(Minghui.org) Falun Gong practitioners in Germany held an Information Day activity on Karlsplatz in Munich on December 19, 2020. Pedestrians on the plaza learned about the Chinese Communist Party’s (CCP) persecution of Falun Gong and signed a petition calling for a collective effort in Germany to stop the persecution. 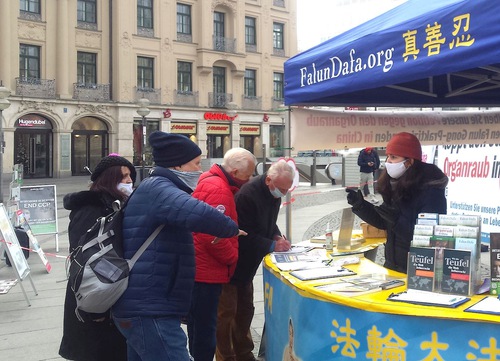 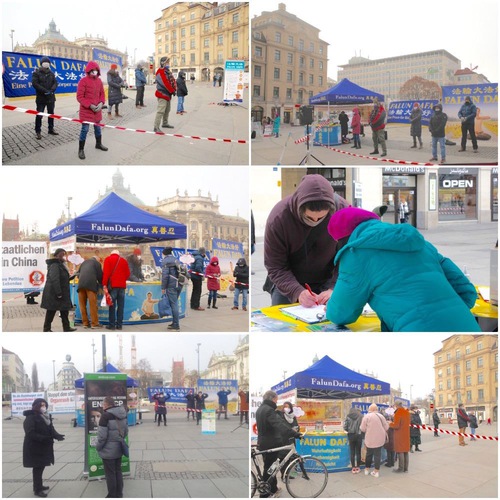 Despite restrictions due to the pandemic, many people approached the Falun Gong information booth. A young Chinese man talked with a practitioner and decided to quit the Young Pioneers, a CCP youth organization, which he had joined in China as a child.

A man from Stuttgart told a practitioner that he felt as if he was attracted to the booth by a force. He was appalled by the CCP’s atrocity of harvesting organs from living Falun Gong practitioners. He said he had seen Falun Gong activities in Stuttgart and wanted to learn Falun Gong. “Glad to see you again,” he said. A practitioner gave him a lotus flower amulet, and told him that lotus flowers symbolized the pure and noble spirit of coming out of mud unstained. The man put the amulet on his key chain, and said that he felt like viewing the world with the pure eyes of a child.” 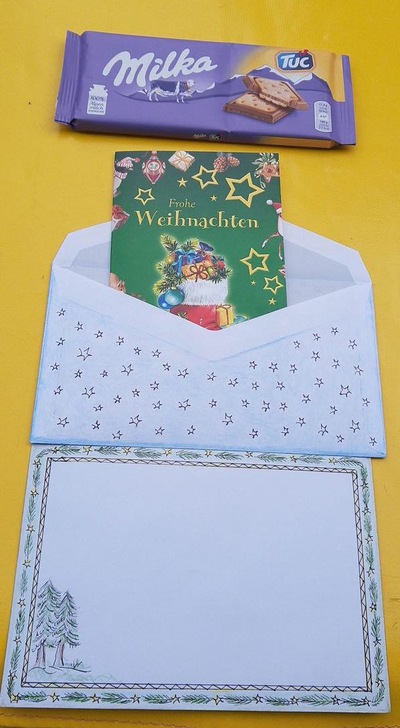 A woman shares her Christmas card and chocolate with Falun Gong practitioners.

A woman told a practitioner that her daughter had visited Shenzheng, China, where surveillance cameras were everywhere. Her daughter witnessed many unfair things in China. The woman signed the petition calling for an end to the persecution. She also shared a Christmas card and chocolate with practitioners.