(Minghui.org) A seminar held at Chung Hsing University on December 11, 2020, focused on the Chinese Communist Party’s (CCP) state-sanctioned organ harvesting from living Falun Dafa practitioners. Attendees called on the public to pay attention to this matter and spread the message widely to stop the CCP’s crime. 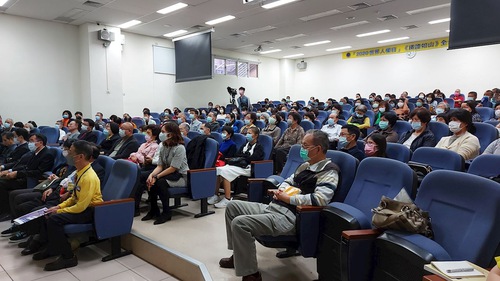 A seminar on forced organ harvesting was held at Chung Hsing University on December 11, 2020.

Prosecutor: Live Organ Harvesting is a State Crime and Should Be Brought Before an International Tribunal

Prosecutor Liu Hsin-ya of the Changhua District Procuratorate pointed out that live organ harvesting is not a common criminal offense; rather, it is a state-level crime committed against a group of people and should be brought before an international tribunal. 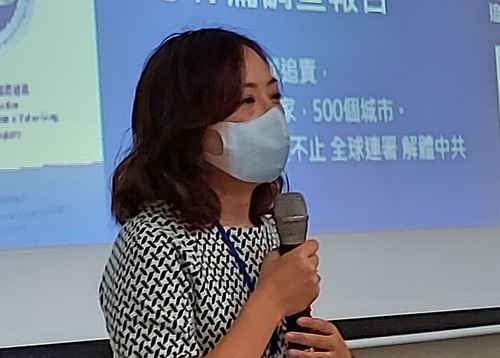 Liu said, “The most evil thing about live organ harvesting is that many people participate in it but are indifferent about what they are doing.” She said people in China simply view this as making money or “saving lives” [recipients of transplanted organs]—but this is a very serious matter.

She called on the seminar attendees to exert their influence and spread the information, adding that only by exposing the CCP’s live organ harvesting and letting more people know can the crime be stopped.

Chin-Yi University Professor: Everyone Needs to Take a Stand 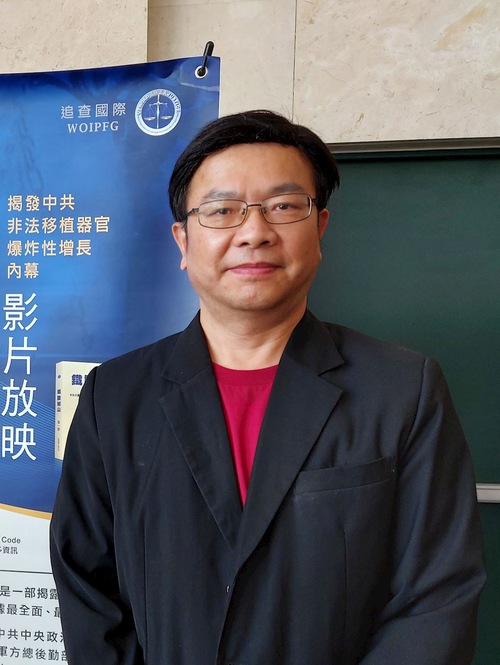 Assistant Professor Hsie You-yuan of Chin-Yi University of Technology said, “Live organ harvesting is very inhuman. People in China live under the CCP’s control and have no human rights.”

He said practicing Falun Dafa benefits people's minds and bodies and was very popular in China, but the CCP fears any organization or group it doesn’t control and uses various excuses to persecute them.

He said live organ harvesting is state-level murder: “Everyone needs to take a stand and spread this information to more people so more people will stand up.”

Chung Hsing University Professor: The Whole World is Against the CCP 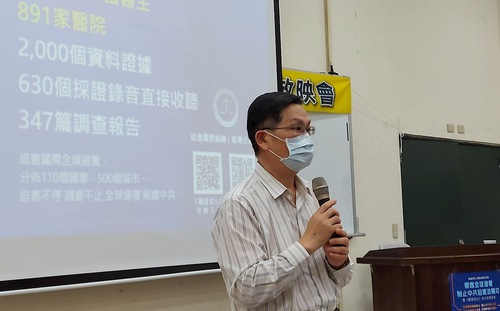 “The CCP not only wants to harvest people’s organs but also their souls,” said Professor Liu Hung-ren of Chung Hsing University. He said he had dealt with the CCP for over 20 years and knows that it is trying to brainwash mankind.

Liu said the CCP is atheist and tries to eliminate all beliefs that it thinks can impact its power. He said he was touched to see so many people attend the event. He hopes everyone will spread the information and expose the CCP’s true nature. “The whole world must wake up and take a stand against communism. Only then will we have a future,” he said.

Liang Yi-fen, secretary to the director of Taichung Southern District Office, said she felt “shocked” when she heard of the CCP’s live organ harvesting. She said her former colleague went to China for a kidney transplant and spent a lot of money but “did not realize the seriousness of this matter.”

Lai Chia-chi, a distributor for Taiwan Lihui Company, believes that former CCP leader Jiang Zemin is responsible for the organ harvesting crimes and should be brought to justice. She said everyone should use their own network to spread the information.

Lai said participating in this event was truly doing charity and that doctors and volunteers’ exposing the state crime is truly selfless. She planned to take the poster from the event to her neighborhood and raise awareness of the issue.