(Minghui.org) Falun Gong practitioners held activities to raise awareness of the Chinese Communist Party’s (CCP) persecution on King George Square in Brisbane City, Queensland on November 20, 2020. They set up posters and banners, distributed fliers, and clarified the truth to the public. 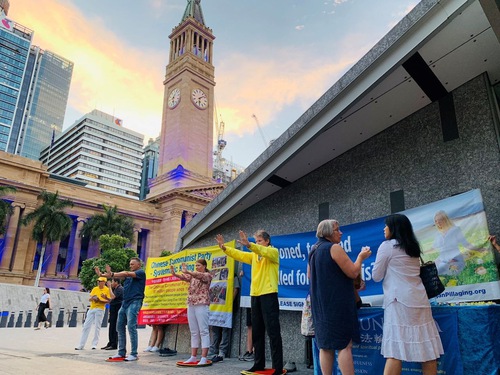 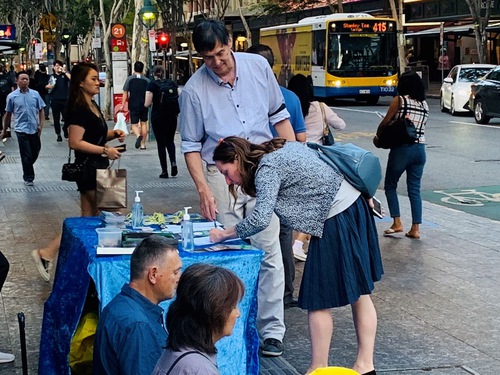 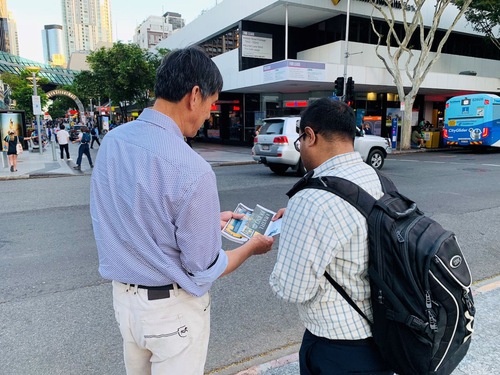 Falun Gong practitioners gather there every other Friday at 4:30 p.m. The square is across from the Queen Street Mall, which is frequented by many people during the holiday shopping season. Their eye-catching banners and stand caught the attention of the public. Some gave the practitioners a thumbs up; others signed a petition against the persecution and even helped the practitioners to collect signatures.

No One Can Tolerate the CCP’s Live Organ Harvesting 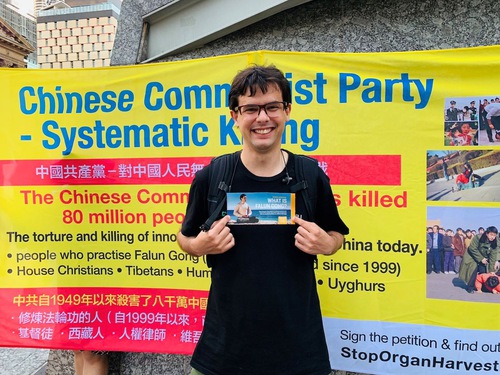 Matheus from Brazil shows his support for Falun Gong.

A passer-by named Matheus from Brazil smiled when he saw the practitioners. He chatted with a practitioner in detail and learned about the CCP’s state-sanctioned organ harvesting from living Falun Gong practitioners.

“No one can tolerate the CCP’s live organ harvesting!” he said indignantly, “It is horrible. Persecution of peaceful people doing a sitting meditation cannot be imagined. I wish your country can change its government.”

He said someone had handed him a flier before and it recommended the book How the Specter of Communism Is Ruling Our World. He believes that some scenarios outlined in the book are currently playing out, including the state of the U.S. presidential election. He wished the practitioners success in their efforts.

One More Signature Will Lead to a Positive Thing 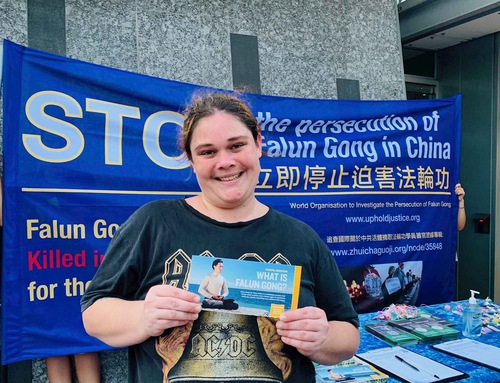 Alice Lynch thinks more people should sign the petition against the persecution.

“People should sign the petition,” she said. “The more people who sign the petition, the sooner the persecution will be stopped. Even if one more person signs the petition, a positive thing will occur.” She went on to say, “I am delighted today as I sign your petition. I will let my friends and relatives know about live organ harvesting.”

Jeffery is a mining engineer. He talked in detail with a Falun Gong practitioner who was tortured in China.

“The CCP’s crimes are despicable,” Jeffery said. “People should take down the CCP! You (Falun Gong practitioners in China) are brave people. I admire you. You are great to let more people know about the CCP’s evil.”

“I Want to Help You Spread the Facts” 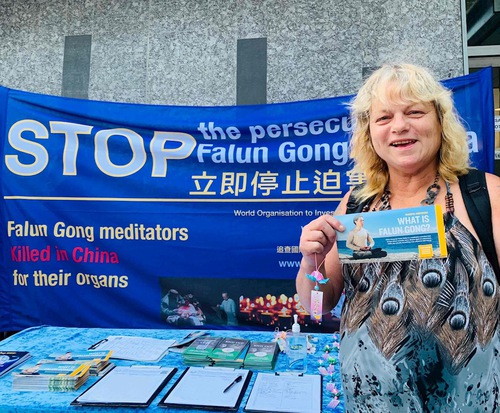 Fiona Gitter stopped by to show her support.

Fiona Gitter often passes by the event location and greets and chats with the practitioners; sometimes she even helps them collect signatures.

“A Young Practitioner's Understanding on the U.S. General Election”