(Minghui.org) Mr. Goren saw several people hanging banners on a street in the center of Stuttgart and stopped to read them. He said to a man called Chen who was working there, “It requires courage to hang up those banners. Do you do this often?”

It was the morning of December 5, 2020. Several Falun Dafa practitioners were busy setting up a booth, display boards, and banners. The second wave of the Wuhan virus pandemic had hit Europe, and chances to host public events had become impossible. They therefore truly cherish every day they can tell the world about the crimes of the Chinese Communist Party (CCP) and the merits of Falun Dafa (also called Falun Gong).

One banner said, “The Chinese Communist Party is the most evil virus that harms the world,” and another one read, “Sign the petition to stop forced organ harvesting from Falun Gong practitioners in China.”

Chen told Goren that they usually held an information day event like this one every other week.

Goren signed the petition and said, “It must be hard for you. It requires a lot of courage. I understand you and I want to sign the petition to support you.” He also signed a petition appealing for the disintegration of the CCP. 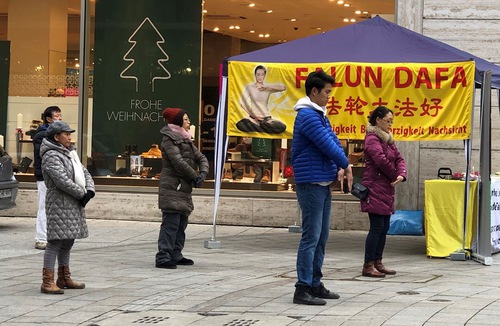 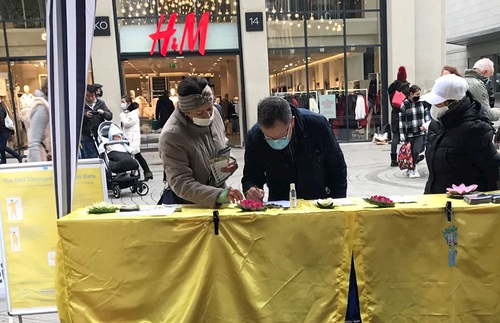 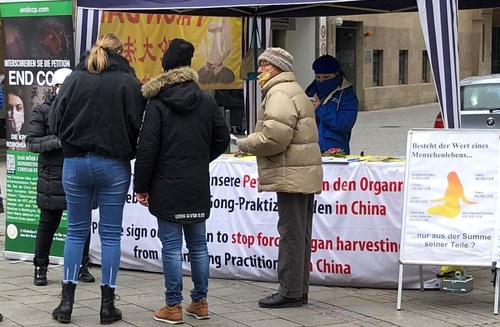 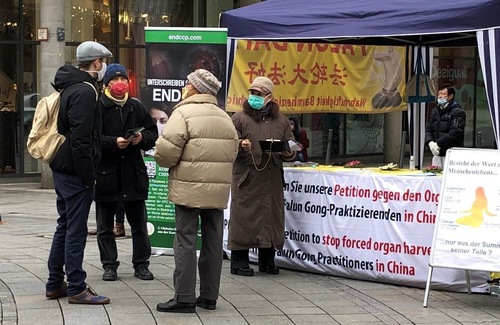 Marina and a friend came to the information table and signed the petition to stop organ harvesting from Falun Gong practitioners in China. She told a practitioner at the table that she had been given a flier in London a long time ago.

A Young Man Signs the Petition

A young Chinese man stopped by the booth to speak with a practitioner. He grew up in Indonesia but still speaks fluent Chinese. He thought the persecution in China had nothing to do with him. A practitioner told him that the CCP persecutes almost all Chinese, no matter where they live.

The practitioner told him that Indonesia had been anti-Chinese during the last century because, in the past, the CCP instigated the Chinese living in Indonesia to overthrow the government. But the CCP didn't offer any help when the Chinese in Indonesia were killed, claiming that China would not interfere with Indonesia's internal affairs. The CCP even refused to let those Chinese return to China to escape the massacre.

And the CCP always asks overseas Chinese to donate money and goods when there is an earthquake, flood, or other disasters in China.

“You sign the petition because your conscience moves you to. And we submit the signatures to the German Bundestag, so no harm will come to you,” the practitioner told him.