13-year-old Boy Orphaned by the Persecution of Falun Gong

(Minghui.org) Having lost his father and grandparents to the persecution of their shared faith in Falun Gong, a 13-year-old boy in Suizhong County, Liaoning Province became an orphan after his mother died on November 2, 2020 from the persecution.

Falun Gong, also known as Falun Dafa, is a mind-body practice based on the principles of Truthfulness-Compassion-Forbearance. Since its introduction to the public in 1992, countless people were drawn to its profound principles and health benefits. Fearing its ever-growing popularity, communist China launched a nationwide campaign against the practice 21 years ago.

The teen boy's parents suffered tremendously for their faith in Falun Gong even before he was born.

His mother, Ms. Yang Xue, studied fine arts at Yanshan University in Hebei Province. Upon graduation, she worked as a designer in Shenyang, Liaoning Province, before returning to her hometown of Suizhong County and becoming an art teacher.

His father, Mr. Fan Dezhen, was repeatedly arrested between 2001 and 2008 after the communist regime ordered the persecution in 1999. He served two labor camp terms and was released on the verge of death both times. 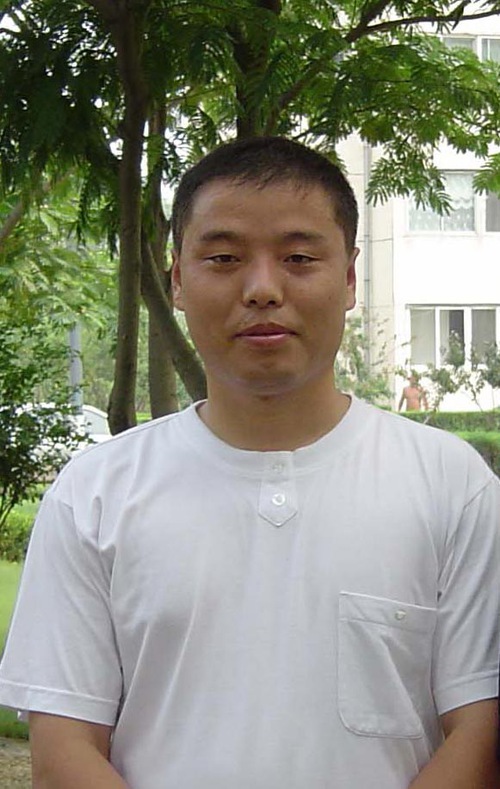 Both Ms. Yang and Mr. Fan were arrested on February 25, 2008. Her art classes were forcibly terminated.

On the afternoon of April 20, 2008, 55 days into his detention, Mr. Fan’s parents were asked by the police to visit him at the Suizhong Detention Center.

The boy, only nine months old at the time, and his mother Ms. Yang, and her mother, Ms. Yi Guizhen, were also brought by the police to the detention center.

After everyone from the family arrived, Wang Xueping, the head of the detention center, announced that Mr. Fan had died earlier that day at 7 a.m.

Wang claimed that Mr. Fan suddenly died from malnutrition. Ms. Yi fainted upon hearing the news. After she came to, she questioned Wang, “I just came here six days ago and delivered 200 yuan for him. When I asked you how he was doing, you told me he was having two meals each day and was in good spirits. How come he just died all of a sudden?”

Wang didn’t answer directly, but tried to find excuses to shirk responsibility. Another officer said to the family, “Even if we beat him to death, what can you do?”

The detention center guards ordered the family to see Mr. Fan’s body that evening and sign the cremation agreement. Both Ms. Yang and Ms. Yi refused to give consent to cremation and asked to see the body the following day. The guards threatened them, “We will cremate it tomorrow, whether you see it tonight or not. If you don’t see it today, you will only see the ash urn tomorrow.”

At 11 p.m., Mr. Fan’s parents and brother decided to take a look at his body.

In the morgue, they were all shocked by what they saw. Before he was arrested, Mr. Fan weighed about 150 lbs and was very healthy. But after two months of detention, he was merely skin and bones. His face was twisted; his eyes were wide open; his mouth was open; his teeth were biting tight; his head was tilting to one side; his hair and beard were very long; his lower abdomen was bruised and with an inch long cut and some blood dried around it; his back and limbs were also covered with bruises; and his anus was loose and had black discharge mixed with blood. His family also heard that some guards had squeezed his testis.

Mr. Fan’s father demanded to videotape his body but was rejected. He asked a guard why he was covered with bruises and the guard answered, “Dead people are all like this!”

On the next day, Mr. Fan’s family was brought to the crematorium. The yard was full of police cars. Hundreds of officers surrounded them and everyone looked very nervous.

At the reception room, the officers tried to force Mr. Fan’s family to sign his cremation agreement. They replied, “He was tortured to death, why should we sign it?” His family also said to detention center director Wang, “He died at your place, you should be responsible for it!” Wang appeared to be scared. He stared at Mr. Fan’s family and said, “You have no evidence.”

Ms. Yi insisted on hiring a lawyer to investigate Mr. Fan’s death. One officer told them that a forensic doctor had already examined his body and didn’t see any problem. He said the detention center wasn't responsible and they wouldn't compensate the family.

Without the family’s permission, the authorities cremated Mr. Fan’s body at around 2:10 p.m. He was 33.

Ms. Yang and her family appealed to several government agencies to seek justice for Mr. Fan, but to no avail. Most officers told them that no one would dare to look into the case.

To prevent her from filing more complaints, the authorities in Suizhong sentenced Ms. Yang to four years. But because she was still breastfeeding her son, she was allowed to serve time at home. After her son grew older, the police began to harass her and attempted to send her to the prison, forcing her to live away from home and go into hiding. Unable to find her, the police arrested her father-in-law and continued to harass her mother, Ms. Yi.

As Ms. Yang could no longer work due to the harassment, she and her boy lived in destitution.

The little boy often envied other kids for having a father. When some friends of the family brought a gift or a treat to him, the boy often asked, “Can I call you my father?”

Ms. Yang and her son struggled to make ends meet. After suffering years of harassment and mental distress, she died on November 2, 2020, at the age of 41, leaving behind her 13-year-old son.

The boy's maternal grandparents, Ms. Yi and Mr. Yang Jiabin, also practiced Falun Gong and were persecuted for their faith.

In July 2001, Ms. Yi was given a term at Masanjia Forced Labor Camp. She was constantly harassed after returning home.

Mr. Fan’s death in 2008 and subsequent police harassment dealt a heavy blow to Ms. Yi. Her health began to decline. On September 29, 2011, she was arrested again after being reported for talking to people about Falun Gong. Although she was released soon due to her health condition, the other practitioner arrested with her, Ms. Guo Zhenhong, was sentenced to four years.

“How to Handle Harassment with Righteous Thoughts”

““Appeasement Will Only Lead to a Bloodier War””