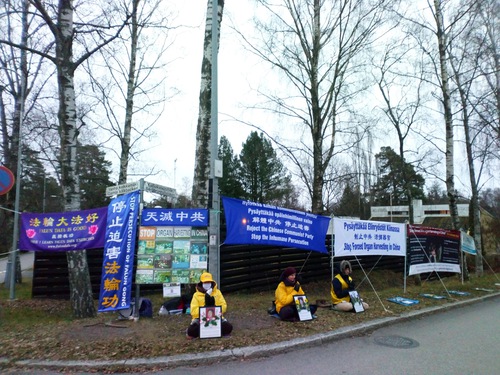 Peacefully protesting in front of the Chinese Embassy

A candlelight vigil was held outside of the Kampi Shopping Center in the afternoon, mourning Falun Gong practitioners who’ve died from the CCP’s persecution. These lawful citizens were tortured and murdered because they wanted to live by Falun Gong’s principles of Truthfulness-Compassion-Forbearance. 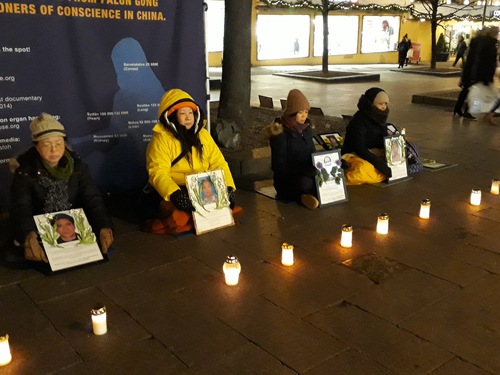 A representative of Falun Gong practitioners gave a speech, recounting the CCP’s crimes against the practice. She stated that the China Tribunal had issued their judgment in March 2020 and found the CCP guilty of forced organ harvesting from living people. She also pointed out that the European Union had decided on December 7th to establish a global Magnitsky sanctions regimen, enabling the bloc to target individuals and entities responsible for human rights abuses.

Despite the cold weather, passersby stopped to learn information about the vigil and signed a petition calling for an end to the CCP’s atrocity of organ harvesting. 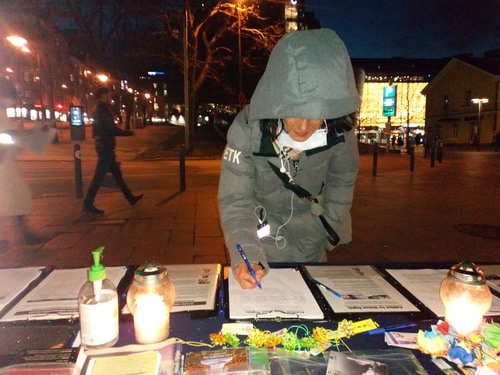 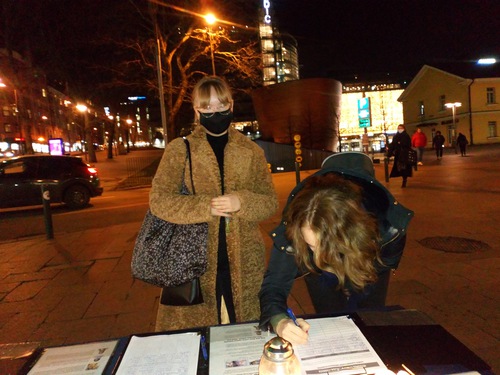 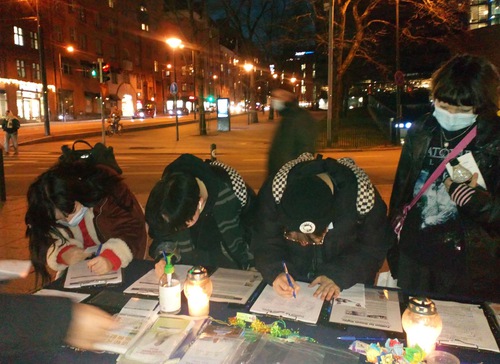 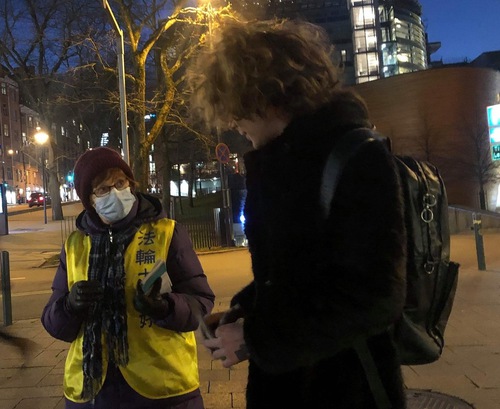 Collecting signatures against the persecution.

Kevin from Paris and his girlfriend, who works in government, signed the petition. They said that they have been paying special attention to the human rights issue in China and participated in activities calling for the situation to improve.

Anna, a local resident who signed the petition, told a practitioner, “I agree with you. The persecution must stop!”