(Minghui.org) On the eve of Human Rights Day, December 10, many Members of Parliament (MP), lawyers, and representatives of non-governmental organizations expressed their admiration for Falun Dafa practitioners. They also condemned the Chinese Communist Party’s (CCP) persecution.

Former Secretary of State (Asia-Pacific): The Barbaric Acts Must Stop

David Kilgour, former Secretary of State (Asia-Pacific) said, “In mid-2006, David Matas and I as volunteers did an independent investigation into the persistent claims of forced organ harvesting from Falun Gong practitioners in China. We released two reports and a book titled Bloody Harvest.”

“We concluded that for over two decades, Beijing’s party-state has directed a vast network of forced vital organ-harvesting from prisoners of conscience - primarily Falun Gong, but also Uyghurs, Tibetans, and Christians who are killed for their organs. They are then sold to recipients in China and foreigners. No regime in history has carried out such barbaric acts.” 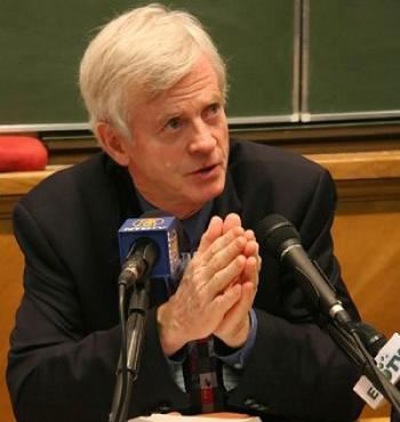 Kilgour said, “Specifically, we found beyond any doubt that between the years 2000 and 2005, 41,500 organs were sourced mostly from Falun Gong prisoners of conscience, who were killed during their organ removals.

“We released an update on our investigations in 2016. We examined the transplant programs of hundreds of hospitals across China, drawing on medical journals, hospital websites, and deleted websites found in archives.

“We concluded cautiously that a minimum of 60,000 transplants per year were being performed across China as of mid-2016, not the approximate 10,000 Beijing claimed.”

On June 17, 2019, an independent China tribunal in London – chaired by Sir Geoffrey Nice, who led the war crimes prosecution of Slobodan Milosevic at the International Criminal Court - released its final judgment on the allegations of organ transplant abuse in China.

The Tribunal concluded unanimously, “Forced organ harvesting has been committed for years throughout China on a significant scale and that Falun Gong practitioners have been one – and probably the main – source of organ supply.” The tribunal believed that the live organ harvesting was ongoing.

Referring to an Ottawa Citizen opinion piece by Canada’s respected Rabbi Emeritus Dr. Reuven Bulka, Kilgour pointed out, “No deal with a murderous regime that regularly kills its citizens to make money is worth the paper on which it is written. Any deal with China, on any matter, must include an insistence that this barbaric practice stop immediately, coupled with a mechanism whereby such stoppage is verifiable.”

Human Rights Watch recommended last May that governments use Magnitsky laws and other targeted sanctions against Beijing officials implicated in organ pillaging.

Kilgour stressed that the Canadian government should take the following actions:

“Canada must take all opportunities to condemn publicly the Beijing regime on its ongoing persecution of Falun Gong;

“Canada should apply our Magnitsky laws and other targeted sanctions against any Chinese government official known to be involved in the persecution of Falun Gong and organ harvesting;

“Canada should, like Australia, adopt a ‘Foreign Interference Law’ to stop Chinese officials from interfering with Canadians anywhere in our country;

“All United Front organizations posing as community groups should be registered as Foreign Agents in Canada; and

“Ottawa must actively call for the release of Canadian citizens, including Ms. Sun Qian, who has been suffering in prison for 3 years as a Falun Gong practitioner.” 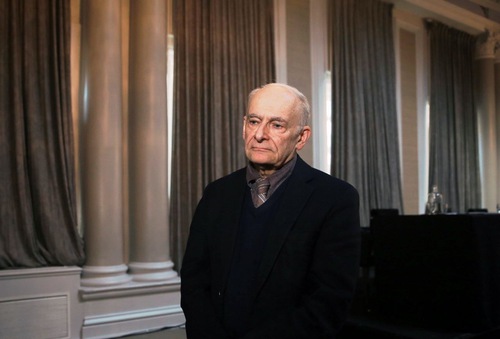 He said that the CCP’s live organ harvesting is different from the holocaust in several ways, but there are similar features.

First, both the organ harvesting and holocaust have incitement behavior. The Nazis were antisemitic. The CCP is against tradition, which is completely different from Falun Gong’s promotion of traditional values. The number of estimated 100 million practitioners is far more than the membership of the CCP.

Second, both the organ harvesting and holocaust have the impetus of money. The holocaust has been called the greatest robbery in history. Efforts are still being made today to recover those assets. Money was also a significant driver of the killing of Falun Gong for organs. When China shifted from socialism to capitalism, the state withdrew funds from the health sector. Since 1980, government spending dropped from 36% of all health care expenditure to 17%. Hospitals needed to find private funding to replace state funding. Organs became the primary money maker.

Third, both the organ harvesting and the holocaust are connected to advanced technology. Matas said, “The progress of European civilization at technology, medicine, and administrative structures made the holocaust easier. Transplant technology is a role of relatively recent medical advance.”

Fourth, there are new challenges to international laws and industry standards. Regardless of World War II or today, the norms of international law have gaps. The Nazi perpetrators thought they would never be brought to justice. Today in China, no one is prosecuted for live organ harvesting.

Fifth, covering up by all means. Once the Nazis realized they would lose the war, they began a systematic effort to destroy evidence and documents. Chinese websites related to live organ harvesting disappear almost as soon as outsiders quote them.

Sixth, intimidation. The Nazis formed a paramilitary unit to suppress dissidents. When it comes to the CCP, Matas has been the target of similar intimidation: a death threat in 2008 and a drive-by shooting directed at the offices of those who were hosting him in Australia in 2010.

Seventh, allies treat human rights issues with confused priorities. The allied powers did not bomb Auschwitz when it was well within their powers to do so. Bombing Auschwitz would have been a direct attack on the Nazi’s intent and purpose of war. Today, many human rights advocates who are focused on combating human rights violations in China, have chosen as priorities, those violations most amenable to change rather than the worst violations.

Eighth, incredibility. People found the holocaust hard to believe. Similarly, people feel the live organ harvesting is incredible. They find it hard to believe even when faced with overwhelming and irrefutable evidence.

Ninth, linkage. Total casualties during World War II were not just the 6 million Jews, but 25 million military and 37 million civilians. Among the latter, 31 million were not Jews. Today, it is not just Falun Gong practitioners who are subjected to live organ harvesting. The CCP persecutes Uighurs and investigates reporters. It is estimated that 25,000 Uighurs are killed for their organs every year. Live organ harvesting has become a huge crime industry. Uighurs have become another group of live organ donors besides Falun Gong prisoners of conscience.

Matas said history is still being repeated today. Ample evidence shows that live organ harvesting is ongoing in China. Each person who interacts with China should recognize he is dealing with a criminal state. We must be clear-minded.

“My Recovery from Cancer”