(Minghui.org) Since the Chinese Communist Party (CCP) started to persecute Falun Gong practitioners in 1999, the Jilin Province Women’s Prison, located in Lanjia Township, Changchun City, has been actively participating in the persecution. The perpetrators use very cruel torture techniques against imprisoned practitioners, causing severe injury or even death.

Since July 12, 2020, the prison started a new campaign with the goal to force Falun Gong practitioners to give up their belief. The guards isolated those “non-transformed” practitioners and didn’t allow them to have contact with other practitioners.

It is reported that some practitioners were forced to wear handcuffs for more than 2 weeks. Some were forced to sit on the floor all night while the guards sprayed cold water on them. Some practitioners staged hunger strikes to protest. The inmates then force-fed them and pressed them to write guarantee statements to give up their belief. If practitioners refused to be “transformed,” they were not allowed to take breaks in the hallway or outside.

Practitioner Ms. Jin Yan resisted the persecution. She refused to sit on a small stool, which is a painful method of torture. She was beaten several times by inmate Wang Shuwen and was locked in solitary confinement for over two months.

Practitioner Ms. Lian Jinhua was also beaten several times by Wang Shuwen. Wang pulled Ms. Lian from the bed one night and forced her to write guarantee statement to give up practicing Falun Gong. 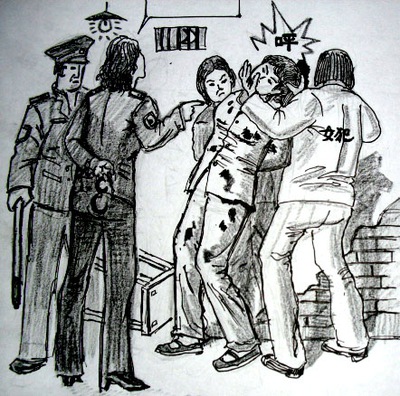 Practitioner Ms. Chu Zhanfeng was beaten in July 2020 by inmate Zheng Dan. Ms. Chu was then locked in solitary confinement by team leader Li Xiaolei and was forced to write the guarantee statement.

Practitioner Ms. Chi Shuling was locked in confinement for three months in 2020. The reason was that she was not “transformed” well enough.

Practitioner Ms. Che Pingping was locked in solitary confinement in August 2020. Ms. Che went on a hunger strike to protest. She was brutally force-fed. Every time they pulled the feeding tube out, it had blood on it.

“A Practitioner's Remarks on Studying the Fa”