Frankfurt, Germany: Rally Celebrating Over 360 Million Withdrawals from the CCP and a Call for the Party's Disintegration

(Minghui.org) Falun Dafa practitioners in Germany held a rally in downtown Frankfurt on October 24, 2020, to celebrate over 360 million Chinese people who have quit the Chinese Communist Party (CCP) and its affiliated youth organizations. The event, which also called for the disintegration of the Party, received warm support from the community.

Downtown Frankfurt was crowded with people who came out to enjoy the invigorating fall weather before winter sets in. Attracted by the dragon dancers and the waist drum team's performance, many passersby stopped to watch. After learning about the ongoing persecution of Falun Dafa in China, people signed the petition calling for the disintegration of the CCP.

After signing the petition, one man said, “I have been to China and I know the evil things the CCP does. You are amazing. I saw your activities years ago and now I see you again today. Admirable!” 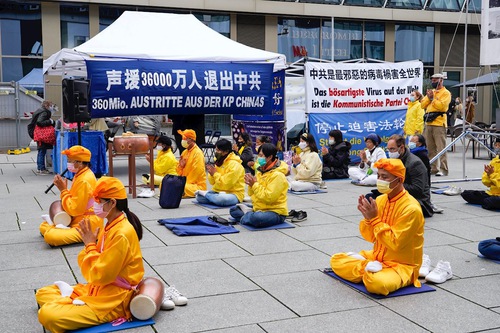 Falun Dafa practitioners held a rally in Frankfurt to congratulate the 360 million Chinese people who have quit the CCP and its affiliated youth organizations. 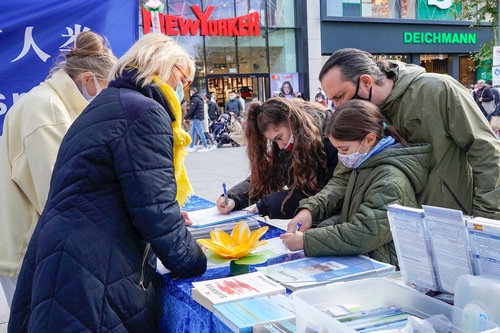 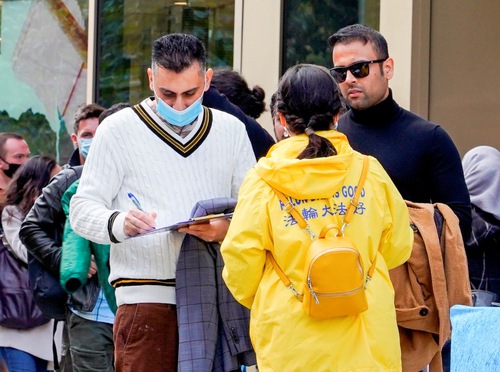 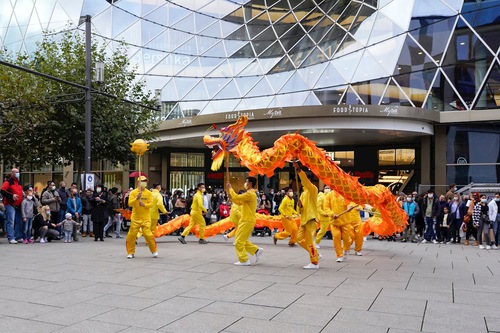 A large crowd gathered as the dragon dance team performed during the rally. 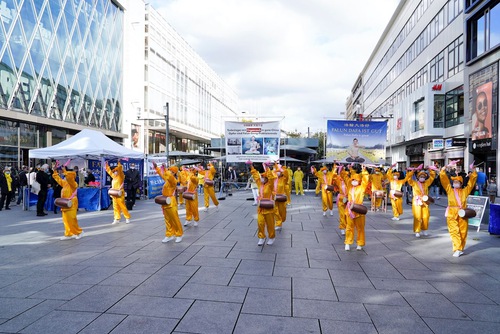 Calling on the German Government to Make the Right Choice

Rally host Eva-Marie Schiffer explained why millions of Chinese have already withdrawn from the CCP and its affiliated organizations. She said that over 80 million Chinese have died during the CCP’s ongoing political movements since it took power 71 years ago. Among its latest campaigns, the CCP began persecuting Falun Dafa on July 20, 1999.

Eva-Marie pointed out that the Chinese people are awakening, seeing the CCP’s true nature, and quitting the CCP organizations ever since the Epoch Times published the Nine Commentaries on the Communist Party.

“We are here today to congratulate those who have renounced the Party and to encourage more people to step away from the CCP,” she said.

She explained that Western countries are also harmed by the CCP. The Party's deliberate coverup of the coronavirus caused it to become a global pandemic, leading to over one million deaths worldwide.

Hubert Körper from the China Working Committee of the International Society for Human Rights (ISHR), also spoke at the rally. He strongly condemned the CCP’s persecution of Falun Dafa, as well as the suppressions in Tibet, Xinjiang, and Hong Kong.

“Kind and peaceful Falun Dafa practitioners follow the principles of Truthfulness-Compassion-Forbearance,” he said. “These principles sharply contrast with the CCP’s [principles of] violence, deception, and corruption. The CCP conducts horrific persecution and even live organ harvesting of [Falun Dafa] practitioners.” 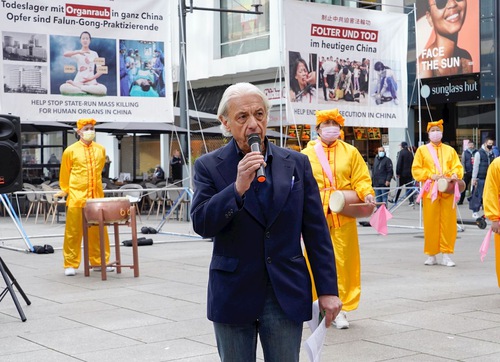 “Down with the CCP Demon”

Two young people, a brother and sister, signed the petition calling for an end to the CCP. The young man works in the Frankfort city government but his sister lost her job with an airline due to the pandemic.

The young man said that the CCP is a totalitarian regime and tramples human rights. His sister agreed that the CCP covered up the initial outbreak of the coronavirus, leading to a pandemic and many deaths.

“The CCP uses economic interests to kidnap Western governments and influence the politics of other countries,” the young man said. “Western societies need to wake up.”

They both felt that the signature collection to promote “down with the CCP demon” was very good. “It's meaningful that you can stand up and get more people to oppose the CCP and its evil deeds. You have courage. Well done!” said the young woman.

Ms. Nader, a retired government employee, also signed the petition. She said the CCP, as a dictatorship, uses a powerful surveillance system to monitor its own people. She added that the only belief it upholds is Karl Marx’s materialism.

Ms. Nader feels that Marxism is a kind of evil cult against God. It only values material benefits and money, and its unquenchable desires lead to insatiable pursuit. She said that the CCP's insatiable appetite may work for a while, but people's inner peace and spiritual tranquility will never be restored [under CCP rule].

“A Domestic Security Office Director Has a Change of Heart”