78-year-old Woman Dies after Repeated Harassment, Arrest and Detention for Her Faith

(Minghui.org) A 78-year-old woman in Anshan City, Liaoning Province passed away on September 11, 2020, after suffering two decades of harassment, arrests and detention for upholding her faith in Falun Gong. Falun Gong, also called Falun Dafa, is a mind-body practice that has been persecuted by the Chinese communist regime since 1999. 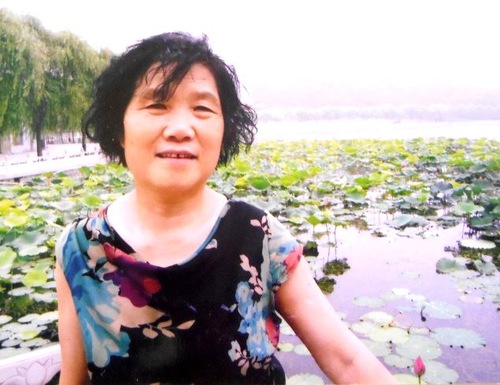 Ms. Yu Wenze’s ordeal started when she was arrested and had her ID confiscated while going to Beijing to appeal for the right to practice Falun Gong shortly after the onset of the persecution.

In 2002, Ms. Yu went to the local police station and demanded the return of her ID. The officer on duty happened to be the one who arrested her in 1999. He threatened to arrest her again and send her to prison.

Ms. Yu told her husband about what happened at the police station. Her husband became infuriated and went to argue with the officer who threatened Ms. Yu. The officer was also rude and arrogant to Ms. Yu's husband, boasting that he was a loyal guardian of the Chinese Communist Party.

Ms. Yu’s husband went to the director of the police station, who'd just taken office. He denied that they were responsible for withholding Ms. Yu’s ID, but agreed to issue a new one to her.

For the next few months, the police and local community frequently harassed Ms. Yu and her family. Unable to lead a peaceful life, they moved to a different district in the city in July 2002.

Ms. Yu was arrested again on January 2, 2014 after being reported by hotel security personnel for distributing Falun Gong informational materials nearby. The police arrived soon after, and arrested her. Her home was also ransacked and her Falun Gong books, related materials, and two media players were confiscated. She was released on bail the next day, after the detention center refused to accept her due to a health condition.

A group of officers went to Ms. Yu’s home on July 21, 2015 and attempted to arrest her. When her husband demanded that the police show an arrest warrant, an officer brought over a form, which listed her as a fugitive because she “fled after she was released on bail.” The form didn’t have any official signature or stamp.

Ms. Yu’s husband was very angry with the fabricated charge, as she had stayed at home following her release in 2014. He tore the form into pieces and said to the police that it was illegal for them to break into their private residence.

The police appeared surprised by her husband’s reaction. Most of them quickly went outside, leaving two officers to monitor the couple. Ms. Yu’s husband asked for the two remaining officers’ names, phone numbers and police IDs. They refused to provide the information. The other five officers who had just left stayed downstairs in the couple’s apartment building. They were on the phone for hours before leaving with the other two officers around noon.

After the police left, Ms. Yu’s family pieced the fugitive form together and found that it was prepared on December 22, 2014. Ms. Yu was assigned fugitive number T2103022269992014120102. The officers who handled the form included Li Ning, deputy director of the Xinxing Police Station, officer Wang Songnan, and a third officer surnamed Xin.

The police secretly installed a surveillance camera outside Ms. Yu’s home in 2017. After monitoring her daily coming and going for a few months, they arrested her again on October 16, 2017. The officers forcibly took her purse, which had her keys, and broke the strap. They also beat her and caused severe injuries to her back, and uterine prolapse.

Another practitioner, Ms. Qi Ruimei, who had a close relationship with Ms. Yu, was arrested two days later. The police deceived Ms. Yu’s son to confirm Ms. Qi’s identity by showing a video of the two women talking to people about Falun Gong at a bus station. His testimony was then used by the police as supporting evidence to arrest Ms. Qi. Although Ms. Qi was released six months later, she became very weak and incapacitated during the time that she was in detention.

With the keys snatched from Ms. Yu, the officers went to her home. Her husband firmly resisted and refused to let the officers in. After a tight standoff, the police left.

The officers then took Ms. Yu to the hospital for a physical examination. After one detention center refused to accept her due to her dangerously high blood pressure, another detention center accepted her.

Ms. Yu’s blood pressure continued to increase during her detention. Yet the police refused to release her. She held a hunger strike to protest the persecution, and the police threatened to force feed her. The police later sent Ms. Yu to the hospital for a checkup, with the then 76-year-old woman handcuffed and shackled. Her family wasn’t allowed to visit her.

Ms. Yu’s arrest was approved by the Tiedong District Procuratorate on October 24, 2017. Prosecutors Li Ni and Gao Xin met with her at the Anshan City Women’s Detention Center. They promised to release her if she signed their paperwork. Ms. Yu believed them and signed the blank paper they gave her.

Ms. Yu thought that she would be released soon, but was told that she had been sentenced to four years and fined 10,000 yuan after she was taken back to the detention center. The authorities threatened to arrest her family and deny her grandson from going to school if they reported her sentencing to Minghui.org.

On January 8, 2018, Ms. Yu developed a life-threatening condition in the detention center and was released to serve time outside of prison. The authorities continued to harass her every day and demanded that she have an annual physical examination, or they would send her back to the prison. Her son was also threatened.

Ms. Yu had persistent, severe back pain and had great difficulty moving following her release. She fell into a coma on September 7, 2020 and passed away four days later.