(Minghui.org) Falun Dafa practitioners in Munich recently held activities at least once a week to introduce the cultivation practice and expose the Chinese Communist Party’s (CCP) persecution. They informed people about the CCP’s state-sanctioned organ harvesting from living Falun Dafa practitioners for lucrative profit, and encouraged people to distance themselves from the Party. 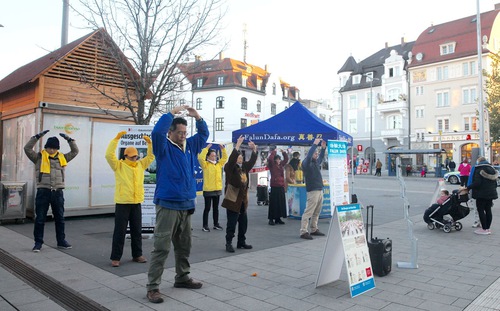 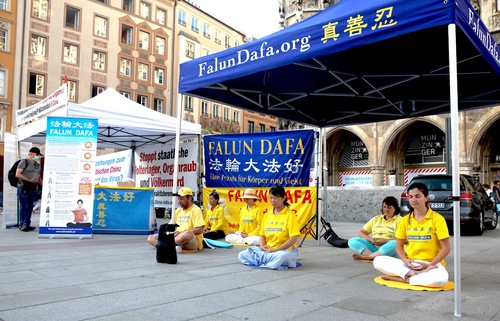 Practitioners on Marien Platz in downtown Munich on September 10

“Our World Is Changing in a Good Direction.”

After a man signed the petition during the event held in front of Pasing train station on November 7, he said, “In the U.S. election, why do many people conduct voter fraud to prevent Trump from being elected? After Trump is re-elected, he will carry out many righteous actions throughout the world.” He felt that communist forces want to stop President Trump. 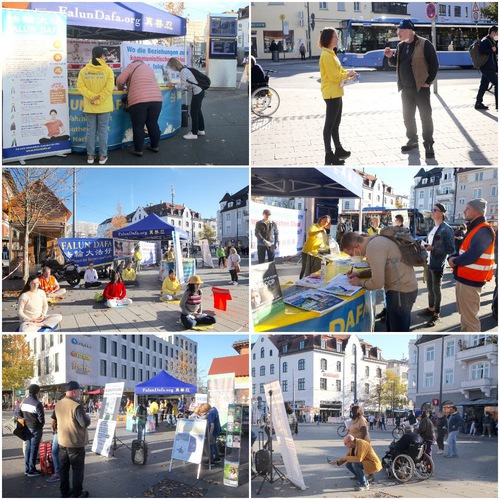 Even though it rained when the practitioners held an event on Sendlinger Street on October 10, many passers-by stopped and signed the petitions. A man said after learning about the CCP’s brutal persecution, “You are courageous to expose such a big issue (CCP’s live organ harvesting).”

“The Organ Harvesting Must Be Stopped” 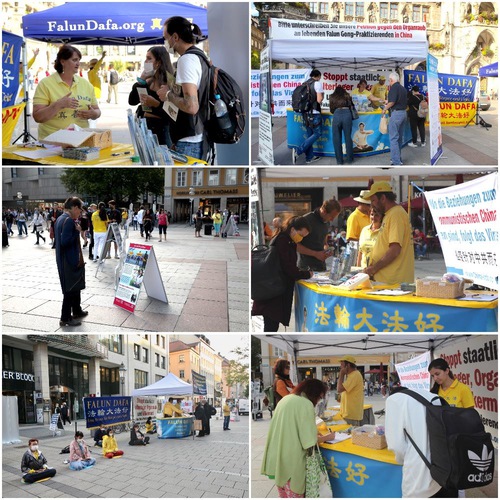 Christine Meindl stopped at the practitioners' booth on Marien Platz on September 10 and signed the petition to condemn the persecution. She said she heard about Falun Dafa after seeing a practice site in Munich. She said although one signature might look like a small gesture, “As the saying goes, ‘constant dripping water wears away stone.’” 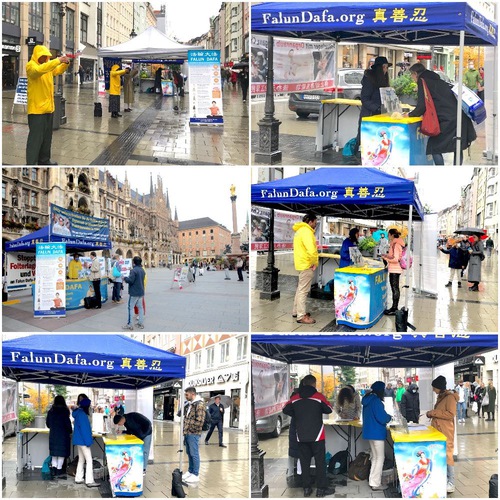 Sabina Sakoh signed the petition on Sendlinger Street on September 24. She said Truthfulness-Compassion-Forbearance are noble truths. “I wish you more power against the totalitarian regime although what you are doing is difficult,” she said. 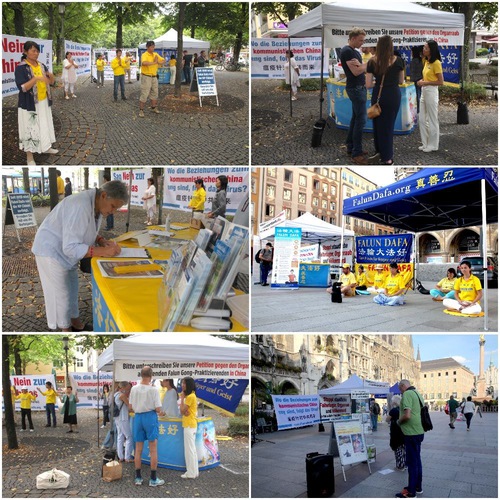 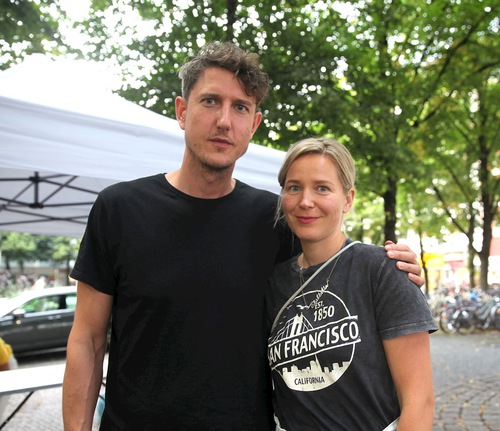 An IT consultant and his friend signed the petition to condemn the persecution.

After an IT consultant and his friend learned about the CCP’s live organ harvesting they signed the petition. He said, “Westerners are buying organs. This transplant tourism must be stopped.”

He thought that Germany should not depend on China. “We see this now,” he said, “In order to create as much profit as possible, all production is transferred to China. This creates dependence on China and then a reluctance to criticize it. This means we are no longer neutral. We must stop this practice.”

Ms. Achatzi stopped at the practitioners' booth on Hohenzoll Platz on September 5 and signed the petition to condemn the CCP’s organ harvesting. She said, “I read the information. When people learn about this, they should sign the petition.”

“Hebei Woman in Critical Condition After Suffering a Stroke in Custody”

“Seeing the Fundamentals in the Chaos”