(Minghui.org) Falun Gong practitioners held activities on a square near the heart of the Kamppi business district in downtown Helsinki on September 26, 2020.

Many people paused to learn about Falun Gong and express their support for practitioners’ peaceful efforts to end the Chinese Communist Party’s (CCP) persecution. 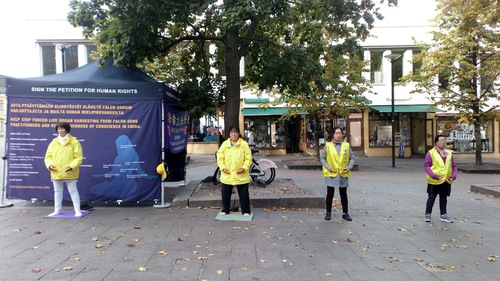 “Your speaking out here is an important thing,” said Parika from Estonia. “The persecution must stop. This is not a general persecution but genocide. God bless you. The persecution will stop soon.”

Parika pressed both of her hands together in front of her chest to show her appreciation for practitioners.

“I will learn more about Falun Gong. I heard of it before but did not know that the persecution is so bad,” she said. 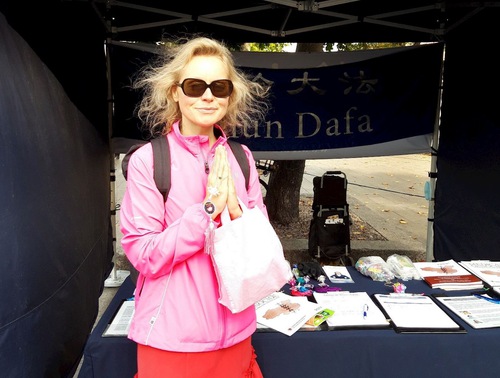 Linda and two other women signed the petition. One of them said that she would definitely sign a petition against the CCP’s persecution. The women told a practitioner that they had read a few reports in Finnish media recently about the CCP’s infringements on human rights. They said that the Chinese regime would ultimately be held accountable for these crimes. 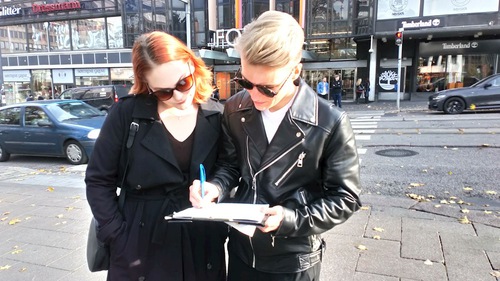 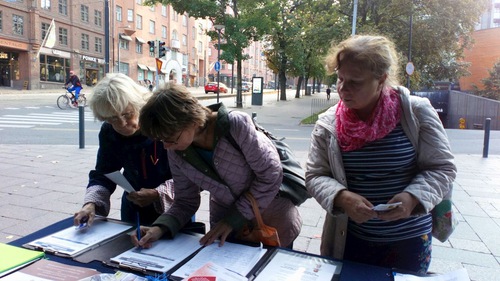 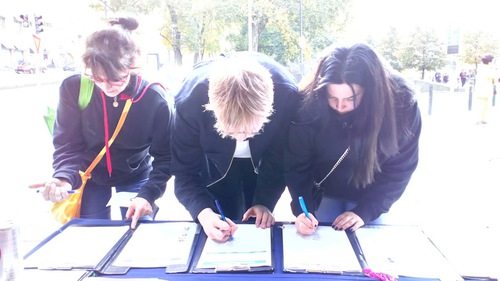 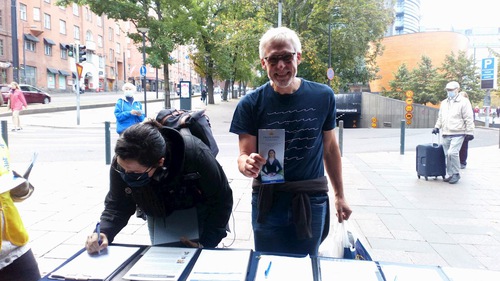 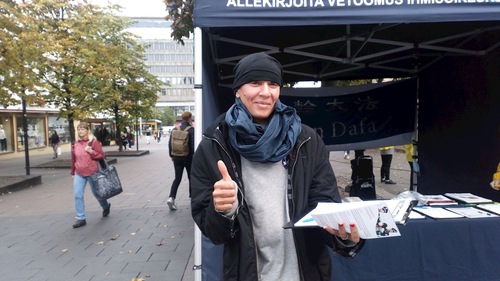 Ahti is originally from Canada but has lived in Finland for 20 years. He met human rights activist David Kilgour, who is also from Canada, a few years ago, and he knew a lot about the persecution, especially the CCP’s state-sanctioned organ harvesting from living Falun Gong practitioners.

He recalled meeting Mr. Kilgour during a forum held by the Finnish Parliament Network on Human Rights in 2017. The forum was presided over by Eva Biaudet, chair of the organization. Mr. Kilgour had presented his findings of the CCP’s live organ harvesting using a lot of evidence and data from his investigation.

“I want to try Falun Gong. Where can I find you?” Ahti asked. He wrote down contact information for two group practice sites in Helsinki and noted that one of them was near his home.