New Zealand: Politician Calls for an End to Communism During Rally Held in Auckland

(Minghui.org) Falun Dafa practitioners in New Zealand held a rally and car parade in Avondale Town Square on Sunday October 18, 2020. People stopped to listen and some even walked up to the cars to read the information. Others expressed their admiration and support, took photos and gave practitioners a thumbs up. 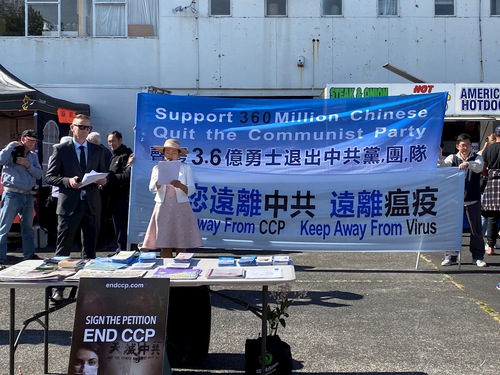 Practitioners held a rally at Avondale Town Square in West Auckland on October 18, 2020 to tell people about the ongoing brutal persecution in China. 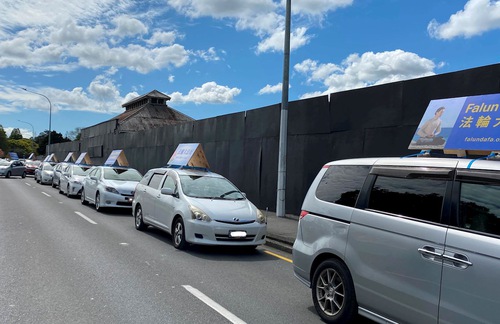 In addition to the rally, a parade of cars with informational signs was held to let people know about the persecution. 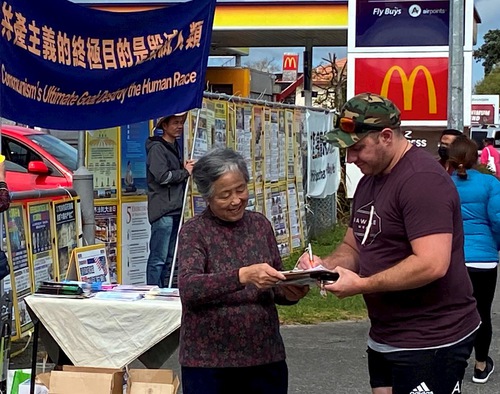 Passersby sign the petition to show their support after learning about the persecution.

The MC introduced Falun Dafa and explained why the rally was held, “Since the Communist regime came into power, millions of practitioners have been subjected to brutal treatment. The CCP plundered China, destroying 5000 years of ancient traditional culture as well as the moral bottom line which upheld social order. Today, the CCP's activities have spread globally. We urge New Zealanders to stand up and resist the infiltration of the CCP in this country. The coronavirus pandemic could have been avoided if the CCP did not lie. Now is the time for all of us to reject it and bring an end to the CCP.”

Put an End to Communism, Let Peace and Freedom Return to China 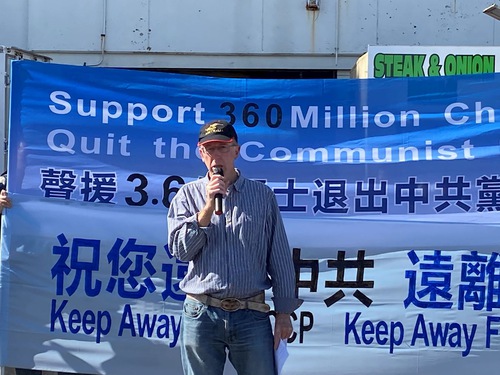 Chris Newman is a key member of the Advance NZ political party. He is also secretary general of the New Zealand Direct Democratic Party. Invited as a special guest, he said in his speech: “Although dictatorship is as long as human history, the CCP’s tyranny against its people is unprecedented in history. Falun Dafa, which is targeted by the Chinese regime, is a traditional form of belief.”

“During its more than 70 years of autocratic rule, the regime has come up with all kinds of methods to consolidate its power and control people. The tactics used are sadistic and gruesome. They let doctors remove organs while the person is alive and sell them to state managed organ transplant organizations. Such brutal and cold actions violates all human rights laws. The victims are various religious adherents and political dissidents detained in prisons. The regime reaps huge profits from the sale of these organs.”

“What crime has one committed in following a religious belief? Why is the CCP so paranoid? Falun Dafa practitioners are simply practicing a form of meditation and living by the principles of Truthfulness, Compassion, Forbearance. Similarly, Christians are simply living by their religious ideals. At present, the Uyghurs, Tibetans and Hong Kong citizens are in peril.”

“With the advancement of technology, the regime has resorted to monitoring people using high tech devices such as facial recognition, 24 hour surveillance, digital currency, brainwashing through education, control over media, eliminating objectors, controlling religions, violent law enforcement and so on. It is a perverted organization that all of mankind should condemn. They are also adept at controlling information, fabricating lies and covering up their evil doings to justify the Party's legitimacy. Fortunately, many Chinese nationals, political activists, whistle blowers, those who survived their persecution and their family members are constantly making people aware of the truth.”

“I hope New Zealand citizens and the government can join the U.S. and other Western, developed nations in putting an end to communism. Let Chinese citizens enjoy freedom, let peace and freedom return to China.” 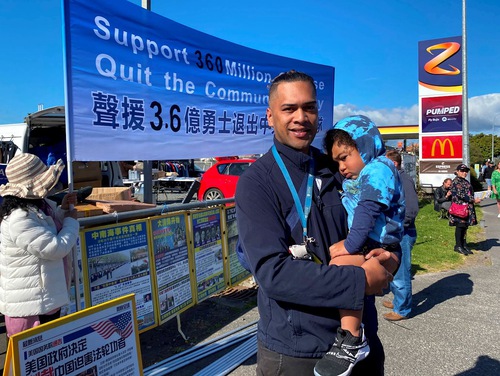 Mafuike Falakoa works at Young New Zealand. He said, “I heard about the persecution when I was in Australia. Falun Dafa practitioners disappeared, they were killed for their organs. I have been searching for information on this in the past two years. I really like Chinese people and have several Chinese friends. However I never trusted the CCP. Organ harvesting makes me very worried. I am an organ donor. If I die one day, I want to give away my organs to help others. I think this is the beautiful part of humanity. Helping others gives me joy. I am definitely against a country allowing organs to be taken without consent and sold for profit.”

“I also love to meditate. It makes me calm. I don’t see what’s the problem with it. The principles of Truthfulness, Compassion, Forbearance can change a person completely. For example your character, how you treat others. Ever since I knew about the persecution, I have been telling everyone I know.”

“I am also currently following the situation in Hong Kong. I truly dislike the barbaric ways of the CCP. I agree with the values of democracy. People should have freedom of speech and be able to protest freely.”

The CCP Must End Its Persecution of Falun Dafa in China 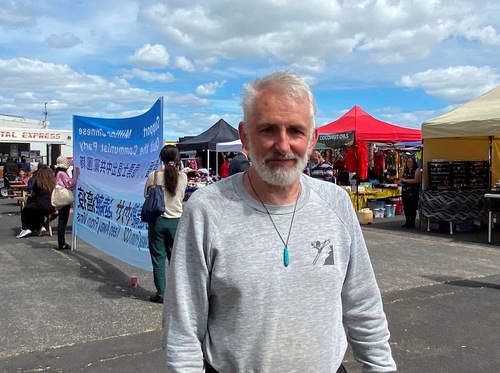 Michael Pellow hopes more people will pay attention to the persecution of Falun Dafa in China.

Michael Pellow is a retired technician and learned to meditate in India. He said, “I know meditation can help one find true peace. I clearly know how this feels. I believe in reincarnation and one will be rewarded for doing good deeds, and punished for doing bad deeds. Therefore we must do good things or else trouble will come knocking on your door.”

“Many people may think they will lose out if they offend the CCP, but what we should do is let more people pay attention to this and know what’s happening. If we can, we should also stop buying things that are made in China because it is very likely that they are made by forced labor. The CCP must stop its persecution of Falun Gong. Organ harvesting shouldn’t be abetted, it is terrible. We must let more people know about the source of these organs.”

“Medical Miracles Brought About by Falun Dafa (Part 2): A Way Out at a Dead End”