(Minghui.org) Falun Dafa practitioners hold activities in Barcelona's city center every Saturday to introduce this meditation practice and tell people about the on-going persecution in China. Even though Spain has the highest number of coronavirus cases in the world, practitioners continue to clarify the truth and collect signatures on a petition to call for an end to the persecution.

Barcelona, the capital of Catalonia and the second-largest city in Spain, is a popular tourist destination and known for its pleasant weather. In 1999, it was voted one of the 50 places to visit in one’s lifetime by National Geographic. 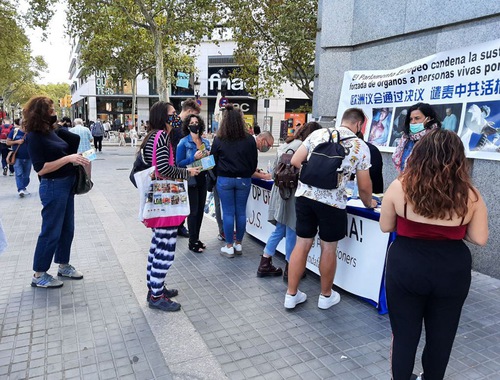 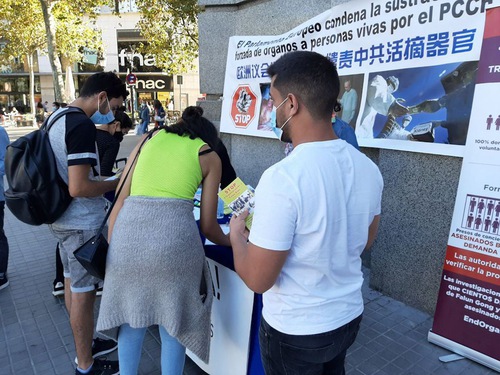 Passersby sign the petition to stop the persecution in China.

Is There Anything I Can Do to Help You? 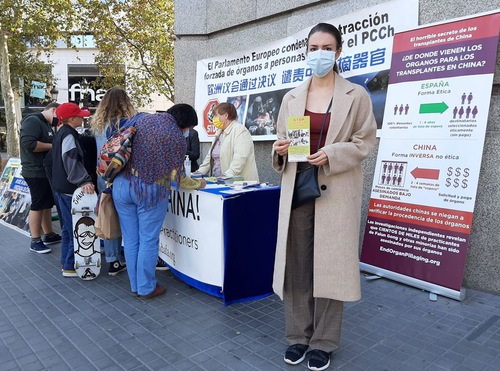 Betty asked what she could do to help end the persecution of Falun Dafa in China.

Betty stopped by the practitioners' event on October 17, 2020, and was devastated to learn about the persecution. After signing the petition, she asked if there was anything else she could do to help stop the atrocities. 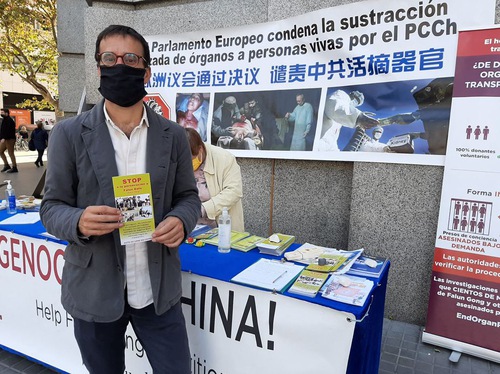 Jaime encouraged practitioners to keep up their efforts and wished them good luck. 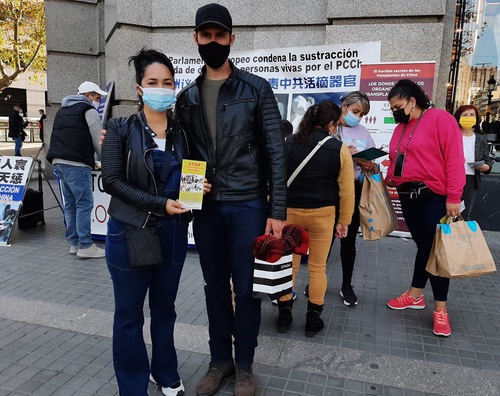 Karina and Rafael support practitioners' peaceful resistance to the persecution in China.

Karina and Rafael chatted with practitioners for a long time. Rafael said he lived in China for several years. He said that, although the Chinese Communist Party (CCP) tries to cover up its persecution of Falun Dafa, all his friends know about it.

Chinese who pass by the information booth appear to have different attitudes. Some express admiration for practitioners’ peaceful resistance while a few who are misled by the regime’s anti-Falun Dafa propaganda are hostile.

A young woman who came to the booth on August 22 angrily tore up a petition. She said she was humiliated by practitioners publicizing the CCP's crimes.

The woman felt ashamed after hearing the practitioners’ explanation and apologized for her behavior. She said she plans to look into quitting the CCP.

“Targeted in a Group Arrest for Her Faith, Retired Teacher in Her 70s Now Detained for a Month”