Sydney: Petition to End the CCP Raises Awareness of Persecution in China

(Minghui.org) Volunteers for the Sydney branch of the Global Quit the Chinese Communist Party (CCP) Service Center organized a signature drive to “End the CCP” at Sydney Town Hall square on October 10, 2020. 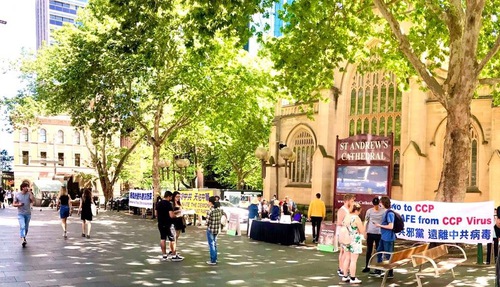 Passersby reading banners at the “End the CCP” event in Sydney 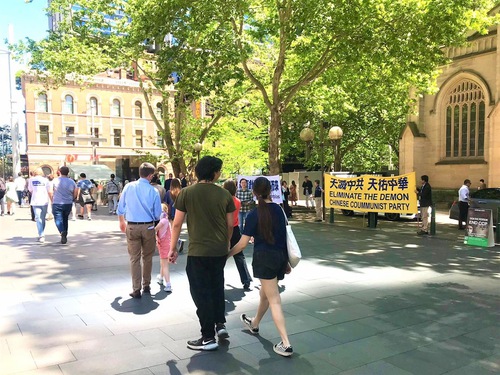 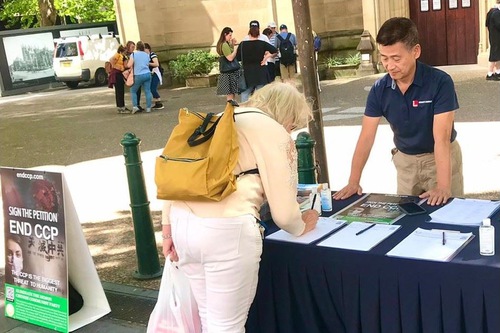 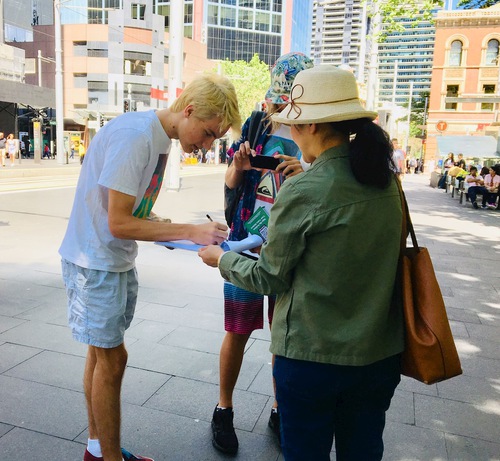 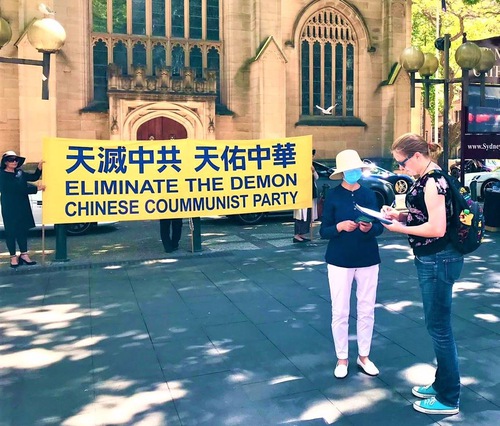 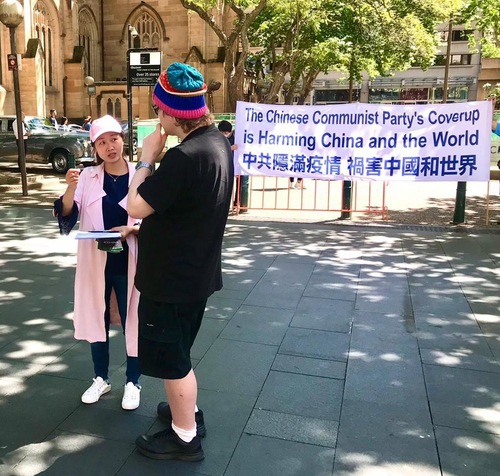 Signing a petition calling for the end of the CCP

International Student: “The world should unite to resist the CCP’s influence”

Emina, an international student from India, said she knew that the CCP is very bad and the world needs to tackle this problem. She had planned to go back to India but couldn’t go home because of the virus.

“The spreading virus affects the entire world,” she said. “We must force the CCP to stop what it is doing to the world. People of the world should unite and resist its influence. You are doing a good thing today, as it lets more people recognize the evil nature of the CCP.”

Sydney Resident: “I like naming it ‘the CCP virus’!” 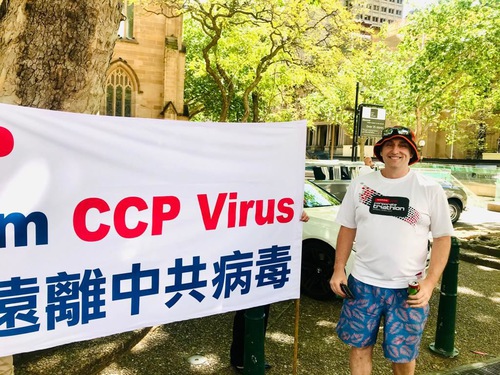 David from Sydney said the CCP influenced the WHO to help cover up the pandemic.

David signed the petition at the beginning of the event. He explained that he understood what the event was for, and also knew what the CCP was doing to the Uighurs in China.

He said that he often watches “China in Focus,” a YouTube channel hosted by New Tang Dynasty TV. He had learned about the CCP's harvesting organs from prisoners of conscience, the largest group of whom are Falun Gong practitioners.

Another resident Peter said he used to think the source of organ transplants was from local donors, but some Chinese friends told him that they were from Chinese prisoners of conscience.

He encouraged the volunteers at the event, “We must condemn this evil behavior. You are doing a great thing today! I am happy to see you!” 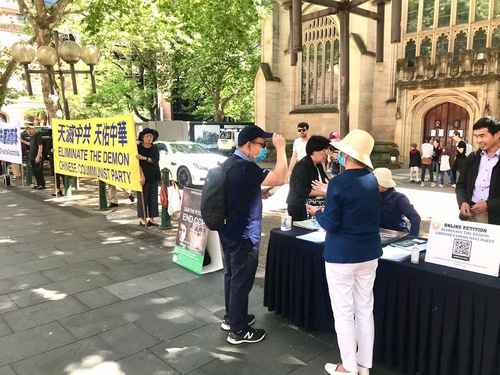 A man who appeared to be of Chinese ethnicity came over to the table and asked for some materials for his Chinese friends. He said that he was born outside of China and could speak a little Chinese, but that he has many Chinese friends who are paying close attention to the matter of forced organ harvesting.

“Liaoning Man Given Second Prison Term for His Faith”