People Quit the CCP During Two-Day Event in Toronto

(Minghui.org) The Global Service Center for Quitting the CCP (Chinese Communist Party) in Toronto held a two-day event at more than 30 locations. They gathered at busy street crossings throughout the city on October 10-11, 2020 to provide people opportunities to renounce their membership in the CCP and its affiliated youth organizations. Many people were drawn to the large banners emblazoned with “The Ultimate Goal of Communism: Destroy Mankind,” “China’s Communist Party to Blame For Pandemic,” “Protect Canada from the Pandemic. Reject China's Communist Party,” and similar messages.

Large numbers of passing motorists and pedestrians expressed their support and signed a petition calling to end the CCP. And many people called out encouraging words: “We support you!” “I agree!” “Never give up!” 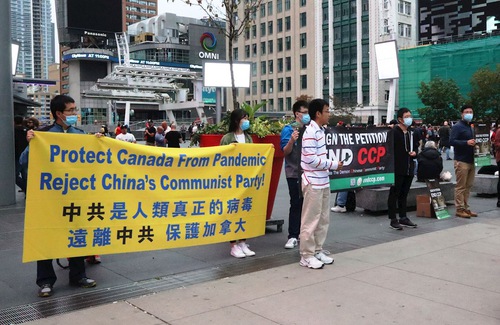 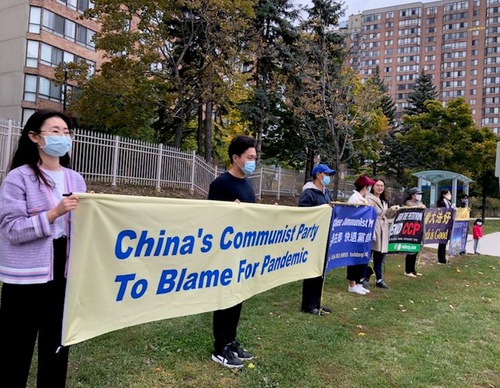 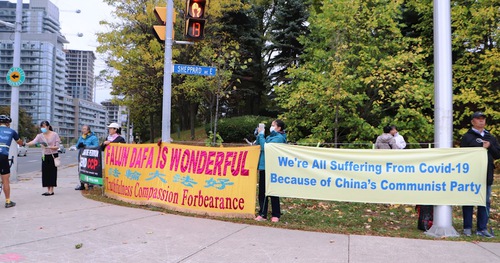 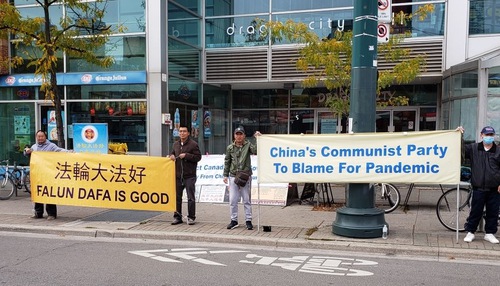 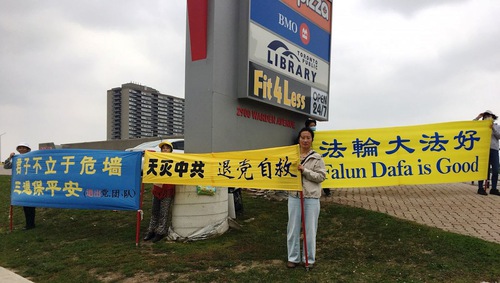 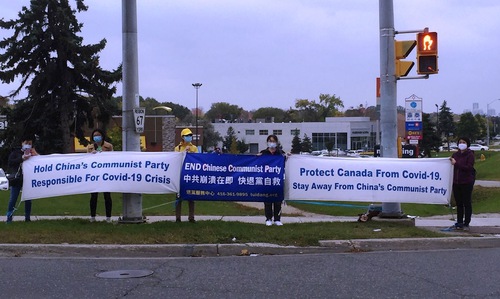 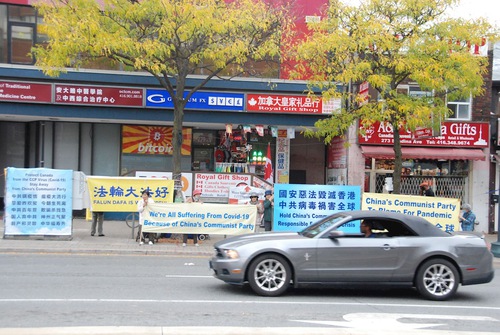 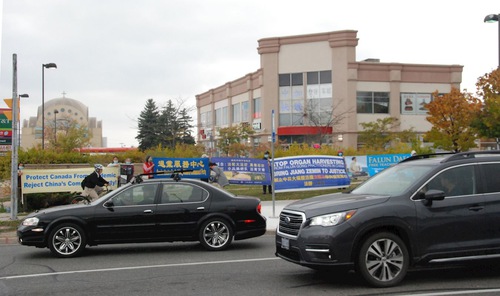 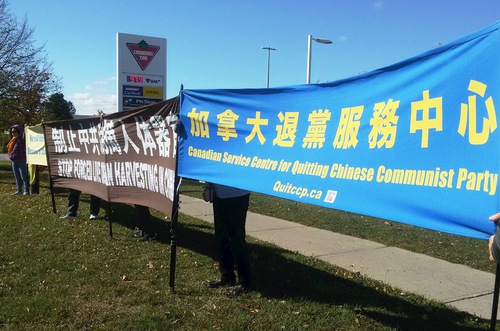 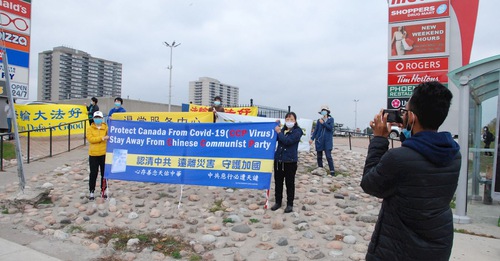 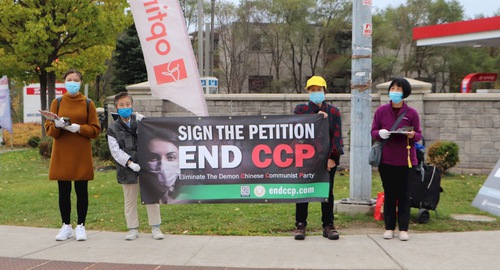 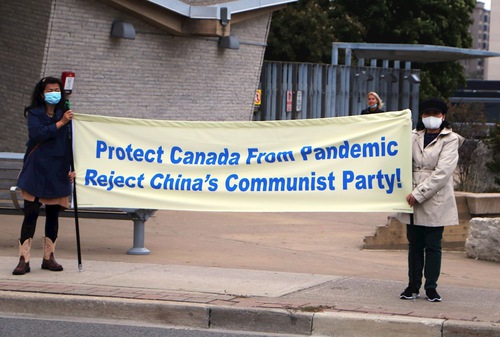 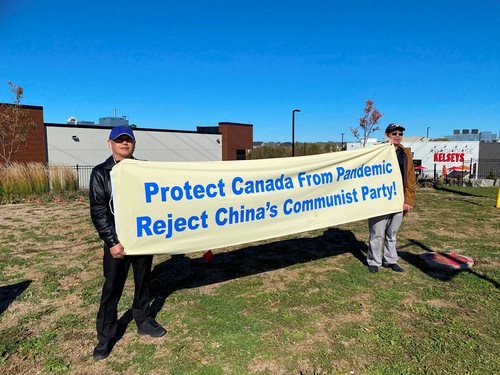 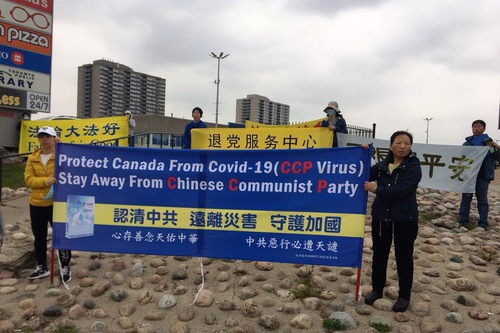 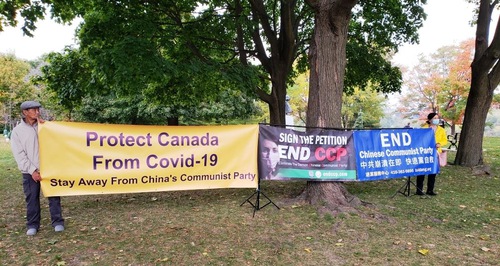 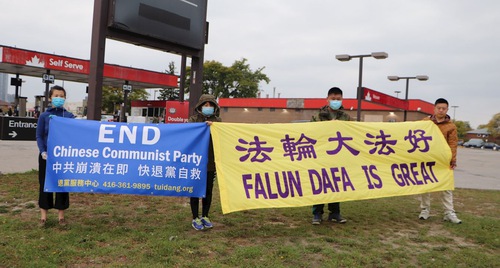 Practitioners displayed large banners at more than 30 street crossings in Toronto on October 10-11, 2020. 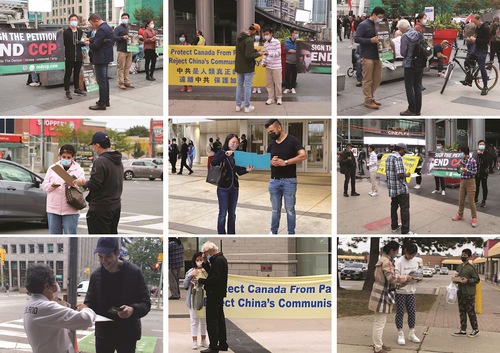 Passersby sign a petition calling for an end to the CCP. 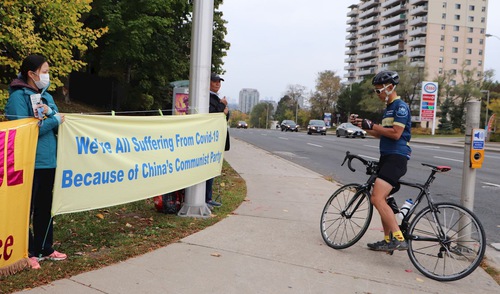 Mr. Lo, an immigrant from Hong Kong, told service center volunteers, “What you are doing is great! The CCP must collapse! It’s the only way to save Hong Kong and the world! It [the CCP] is still lying and cheating. This evil party is doomed. The whole world knows its true nature. Thank you for your hard work!”

Ms. Lu, a Chinese-Canadian, told a practitioner, “My parents were born in China. They know very well how painful it is to live under Communist rule. They owned a great business in China, but had to give it up under the CCP’s pressure.”

She encouraged practitioners and said, “I think all people should stay away from the CCP because it’s committing crimes against God and against humanity. The young people today don’t realize it, because the CCP has been infiltrating Western countries' education, culture, entertainment, and even family life. It happens before you know it. You practitioners are putting yourselves on the line to tell people the truth. I appreciate you so much!”

When a young Canadian motorist saw the banners near an intersection, she drove over and stopped at a red light at the intersection. She rolled down her window and asked for a flyer. A volunteer handed her a flyer before the traffic light turned green. The woman immediately put the flyer to her chest and breathed a sigh of relief, as if she had been waiting for this moment for a long time. Tears came to her eyes. She gave the volunteer a thumbs-up and said, “Thank you for what you're doing!” The traffic lights changed. She drove away as she wiped away her tears.

A Chinese man gave volunteers the thumbs-up at a red light. He parked his car and walked over to say to the volunteers, “I suggest that you write a banner saying ‘The CCP is doomed. 400 Million Chinese have awakened!'”

Mr. Liu from Fujiang Province, China quit the Young Pioneers. He learned how practicing Falun Dafa is beneficial and that many people feel they've been blessed by saying “Falun Dafa is great! Truthfulness, Compassion and Forbearance are great!" He took an informational flyer to learn more.

A young Asian couple happened to pass the activity. The man said, “I support you, but I can't sign my name because my parents are still living in China.” The woman said, “I’ll sign. I’m from the Vietnam. I know what the Communist Party has done!” After she signed, the man also signed. 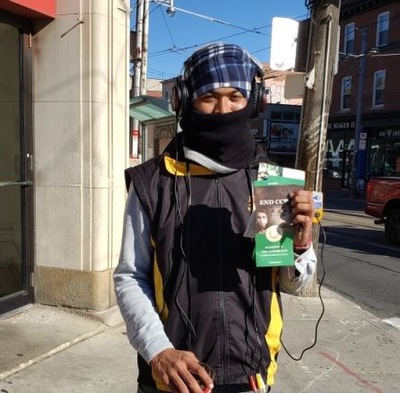 Toronto resident Sidhu was happy to learn that there's a Falun Dafa exercise site near his home. 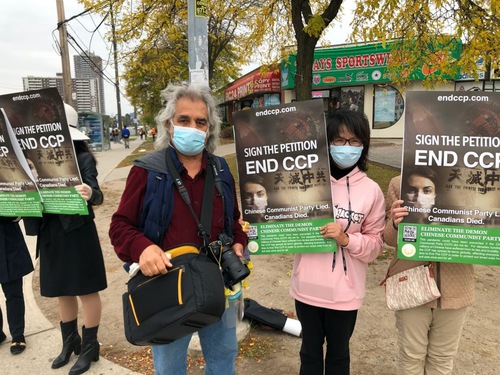 Koven, an Iranian-Canadian, said he supported the call to end the CCP. He said that he escaped Iran because communism infiltrated it. He knew the brutality of communism and would never live under its rule.

A young man from India asked if there was a petition about ending the CCP. He said he knew that the CCP wanted to control everything and forbid different opinions – which was why he wanted to support the petition.

Ayae, a Japanese translator, signed the petition and said, “The CCP doesn’t allow people freedom of speech inside China. Now it’s branching out and cheating people outside of its country. It’s so evil! Such a regime must end. The Chinese people are kind, and the traditional Chinese culture is beautiful, but it has been destroyed by the Communist Party, so the CCP should be wiped out in China.”

Richard, a local resident, told a volunteer, “The Western mainstream media has kept silent about the CCP’s cover-up of the pandemic. Thank you for telling people about it! I support you! My best wishes to you!”

“55 Falun Gong Practitioners Sentenced for Their Faith in September 2020”