(Minghui.org) October 10 is Taiwan’s National Day. This year, fireworks were held on Yuguang Island in the Anping District of Tainan City for the first time. Even the President of Taiwan came to see the fireworks.

The organizers held a number of activities that drew people from all parts of the island to Tainan in the southern part of Taiwan to celebrate this year's National Day, with fireworks, performances, and local food.

Falun Gong practitioners were invited to take part in the parade and also perform at several spots during the festival. The Tian Guo Marching Band made up of over 170 practitioners from throughout Taiwan, plus 20 practitioners dressed as celestial maidens, drew a lot of attention. 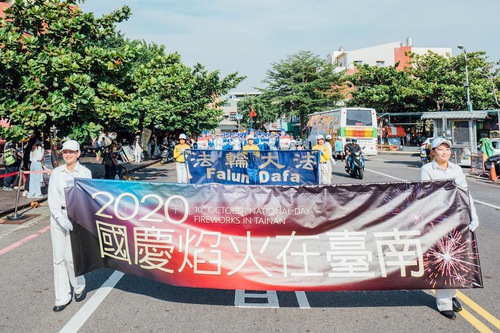 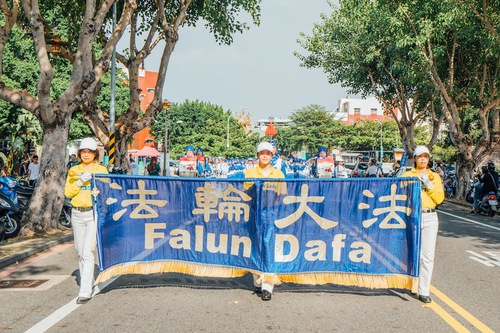 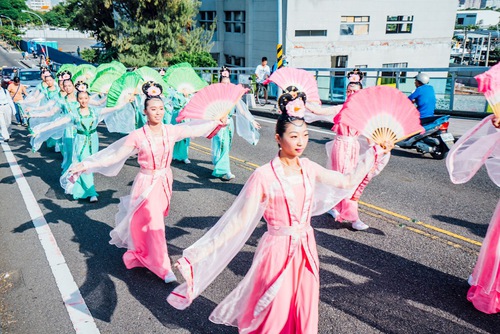 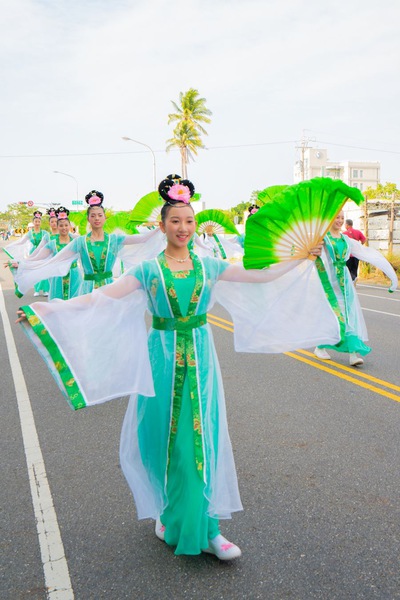 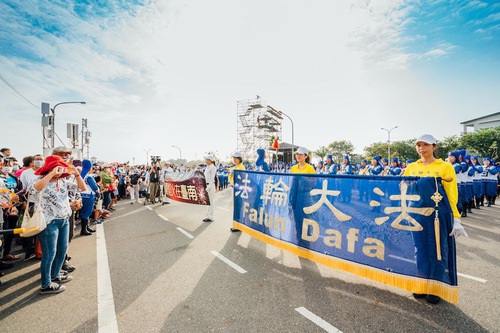 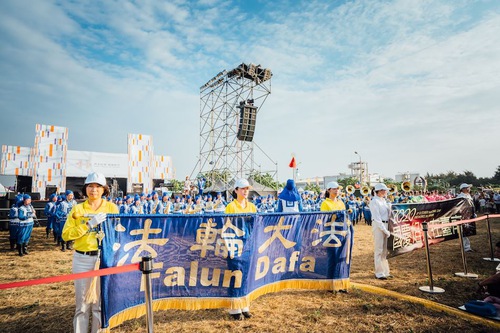 The Tian Guo Marching Band performing on the main stage 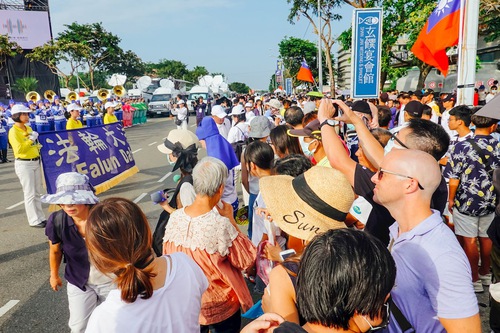 A Good Impression of Falun Gong

Mr. Lin Shixiong and his wife set off from the eastern part of Taiwan and planned to drive around the island on a 20-day tour. They arrived in Tainan City 10 days into their trip, the day the fireworks were scheduled. It was the first time Mr. Lin had ever seen the Tian Guo Marching Band. “Falun Dafa is excellent! I have a very good impression of this mind and body practice. The adherents promote peace,” he commented. 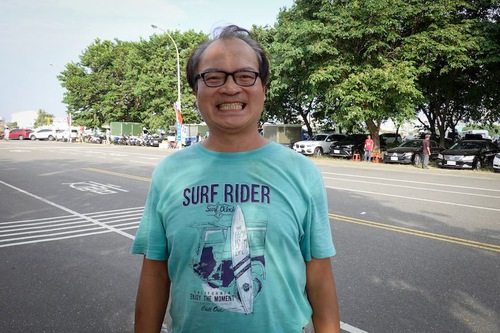 Mr. Lin Shixiong, who is touring the island, arrived in Tainan City just in time to catch the fireworks.

Mr. Lin went on to say, “The costumes are beautiful, the group looks marvelous. It’s the first time I’ve seen such an orderly, spectacular, and peaceful organization. The practitioners look so full of energy.”

Ms. Xiao and her husband brought their two children to enjoy the activities. As they watched and listened to the Tian Guo Marching Band play on the main stage, she was amazed to discover that the musicians were of all ages. She said, “It’s a hot day. The participants in other groups look tired, but yours are smiling all the time. Everyone seems to be full of energy. I see there are all kinds of instruments in the band. The maidens dressed in pink and green look very striking. Falun Gong has such a good image, it must be a great practice.”

Mr. Chen stood in the first row while the band was performing on the substage. He videotaped the entire performance with his cell phone. He had seen the band at other events. “They are excellent! It must take a lot of practice and hard work,” he exclaimed. Mr. Chen recorded every piece the band played and said that he planned to upload the performance to his social media page and spread the word about the band. 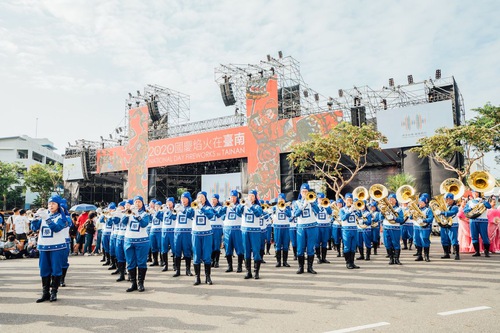 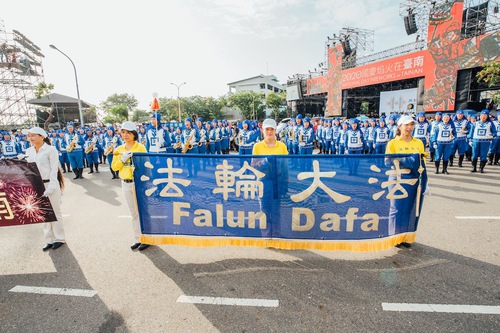 The Tian Guo Marching Band performs in front of the secondary stage.

“I especially loved the first song the band played,” said Mr. Lin Jinxing, an engineer from Hsinchu City. He made the trip to Tainan just to see the fireworks. This was the first time he’d seen the band and the celestial maidens.

He said, “The band’s costumes are really unique. It is all very grand.”