Car Parade in Auckland, New Zealand Calls on People to Quit the CCP

(Minghui.org) Falun Gong practitioners in New Zealand held a car parade through different parts of Auckland on Saturday, October 3, and Sunday, October 4, 2020. They aimed to remind people of the evil nature and crimes committed by the Chinese Communist Party (CCP) and call on local Chinese people to withdraw their memberships in the Party and its youth organizations.

The practitioners' cars were decorated with rooftop messages that included, “Falun Dafa is good,” “Quit CCP to be safe,” “CCP ≠ China,” and “CCP Virus harms the world.” The last message refers to the CCP’s deliberate cover-up of the coronavirus outbreak that turned it into a global pandemic.

The car parade passes through a Chinese community in Auckland, New Zealand. 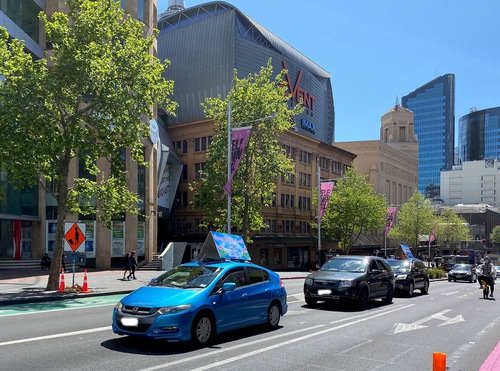 The parade on Saturday started from the Auckland Domain and passed through Newmarket, the Central Business District, and some predominantly Chinese communities, including Pakuranga and Mt Wellington. Many people watched the parade procession

“I don’t like the Chinese Communist Party. It’s should have ended a long time ago,” a local resident said.“End the CCP!” he exclaimed, as he waved his fist. 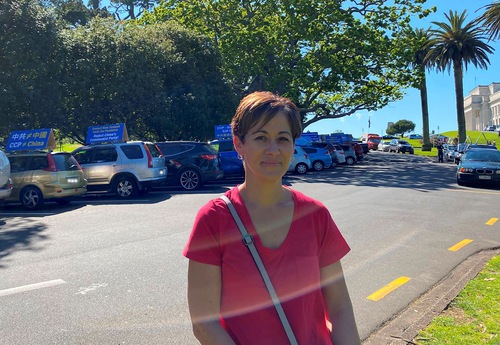 Local resident Tracy wants to see the messages from the parade spread further.

Local resident Ms. Tracy Doody attributed the fast spread of coronavirus to the CCP's cover-up. She was saddened to see that the virus had caused enormous losses around the world. She also said the CCP is wrong to persecute religious and ethnic groups in China and stressed that everyone should have freedom of belief.

Tracy said she would like to see the messages from the car parade spread to more people through media and to see these messages receive support from all communities and governments. 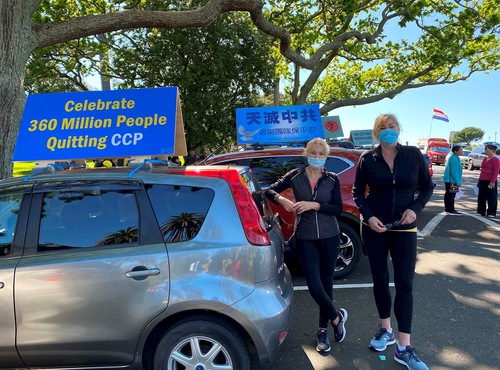 Trudi (left) and Johanna said that ending the CCP is the only way out for China.

Many people who were out for morning exercise in the Auckland Domain learned about the purpose of the parade from Falun Gong practitioners. Johanna and her friend Trudi told the practitioners, “We need more messengers like you to tell us about the situation in China. The current regime mistreats their citizens, religious groups, and those who want freedom. We hope these problems will be solved soon.”

When they learned of the CCP’s killing of Falun Gong practitioners for organs, they said they couldn’t believe that these atrocities were still going on. They said the CCP cannot change and that China’s only way out is to end the CCP’s rule. “What you are doing is great. The car parade is a good way to spread the information. I often see your group exercises in downtown. You should keep up your efforts,” Johanna said. 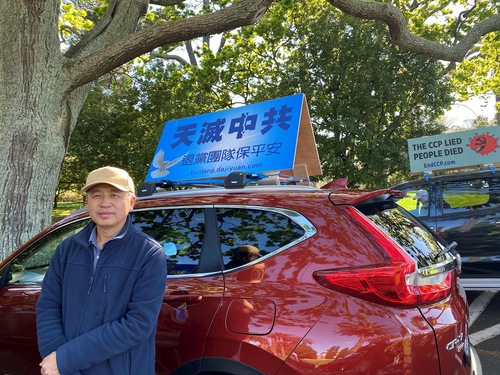 Mr. John Yu from northeastern China has practiced Falun Gong for more than 20 years. “In as early as the 1990s, I thought all Chinese people would practice Falun Gong because it’s so great! The unexpected launch of the persecution proved the evil nature of the CCP. Persecuting Falun Gong and harvesting practitioners' organs for profit is a form of evil unprecedented on Earth.”

“It’s a shame that humanity has allowed the CCP to exist and develop. We must end it and so we must spread true information about it. I hope more people will learn the truth and choose to quit the communist organizations. We will soon witness the historical moment of the CCP’s collapse,” he said. 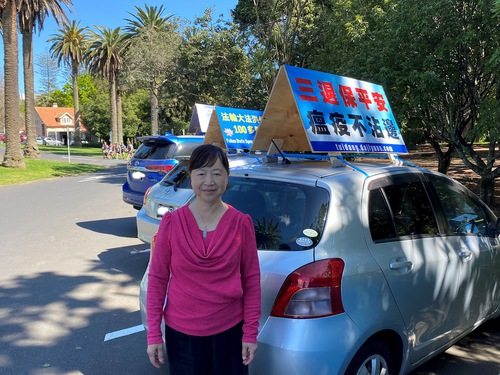 Ms. Wei Li, a volunteer at the Global Service Center for Quitting the CCP

Ms. Wei Li, who volunteers for the Global Service Center for Quitting the CCP, told the reporter, “The car parade aims to expose the demonic nature of the CCP and awaken people’s consciences. Many Chinese waved and smiled at us. Many Westerners gave us a thumbs-up. Some people expressed their support when we stopped at a red light. We’ll continue to spread the information!”

“Koreans Find a Way to Stay Youthful and Healthy”