They held banners that read “Falun Dafa is good,” “Stop the persecution of Falun Gong,” “Disintegrate the CCP and stop the persecution,” and “Immediately stop the CCP’s state-sanctioned organ harvesting from living Falun Gong practitioners.” They called on the international community to pay attention to the ongoing human rights abuses in China. 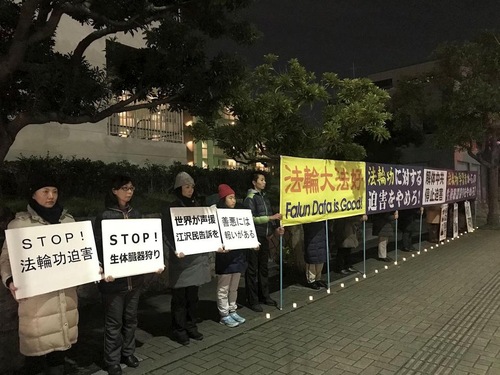 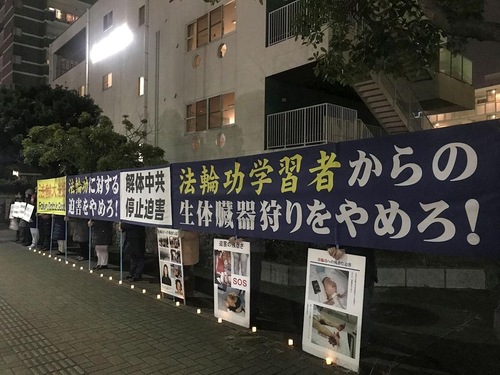 Falun Gong practitioners in Japan protest the persecution in front of the Chinese Consulate on January 24, 2020, the eve of Chinese New Year.

The practitioners' banners and posters caught the attention of passing drivers and pedestrians. Many passersby paused to read the posters and were shocked by the brutality of the persecution in China.

Falun Gong was first taught to the public by Master Li Hongzhi in China in 1992, and it has since spread to more than 100 countries. Practicing Falun Gong helped many people improve their health and uplift their morality. However, the CCP began to persecute Falun Gong in July 1999, and hundreds of thousands of practitioners are still held in detention centers and prisons, forcibly separated from their families at the Lunar New Year, the most important traditional Chinese holiday.

Falun Gong practitioners around the world have persisted in peaceful protests against the persecution. They hope more people will learn about Falun Gong and the persecution and work together to help stop the atrocities.

“After Six Years of Imprisonment and Torture for Her Faith, 70-Year-Old Sentenced to Three Years”