Falun Dafa practitioners were invited to attend the parade by event organizers again this year. They had a large group of several hundred practitioners and many different sections and themes. Practitioners also handed out information about the meditation practice to the spectators who lined the streets. 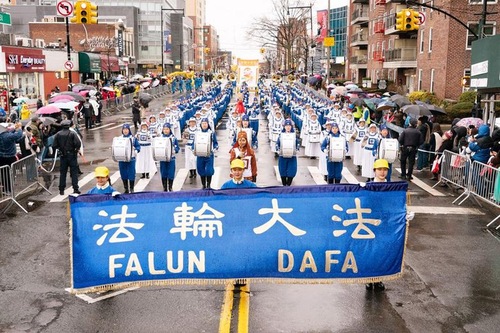 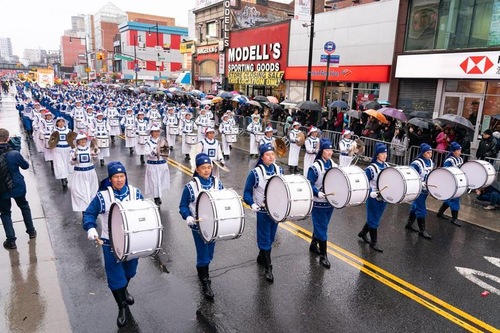 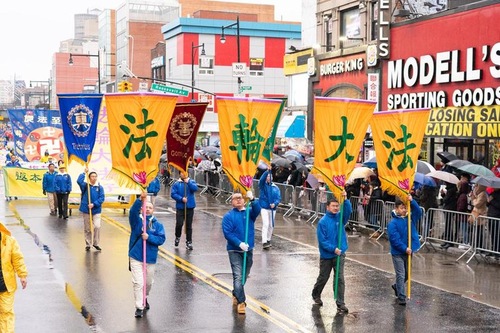 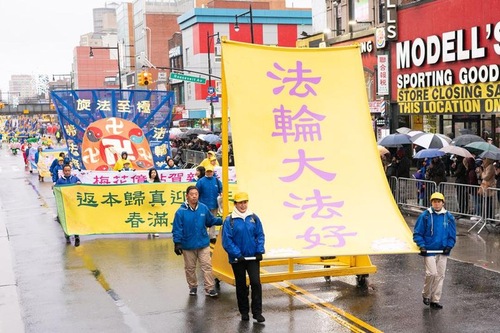 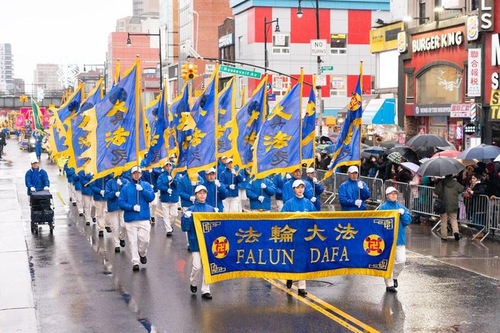 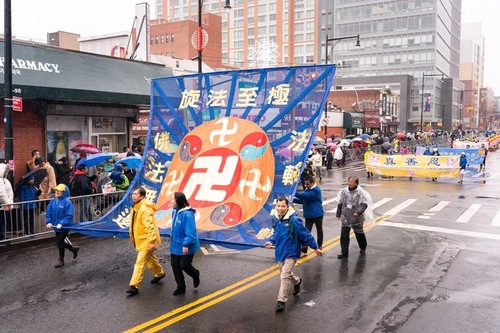 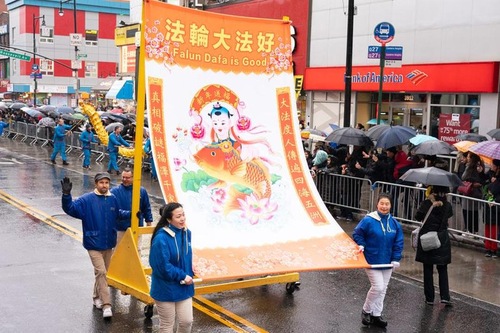 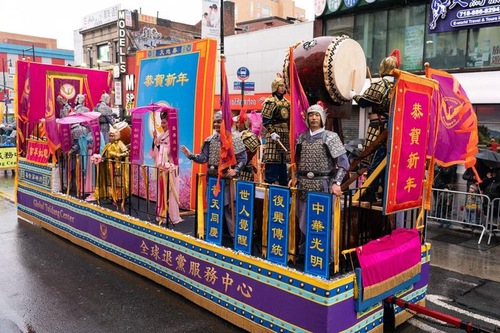 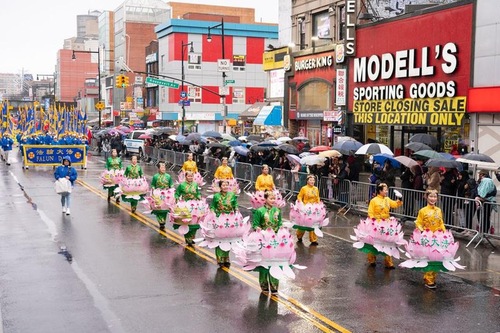 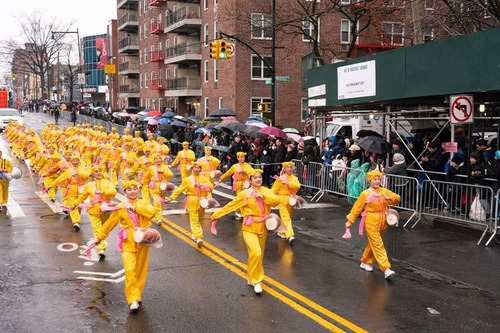 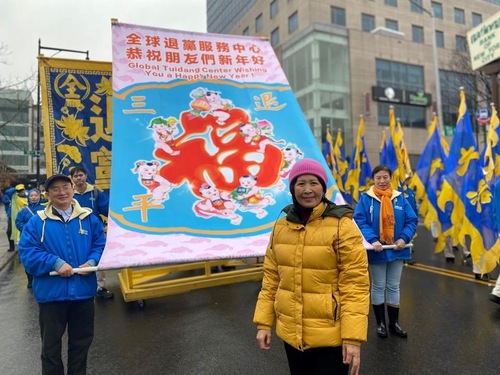 Ms. Yi Rong, a volunteer at the Global Quitting the CCP Service Center.

Ms. Yi Rong, who coordinates the Global Quitting the CCP Service Center, said 350 million people have withdrawn from the CCP and its affiliated associations to date.

“We hope more people learn the truth about the persecution of Falun Gong and choose to withdraw from the CCP,” she said. 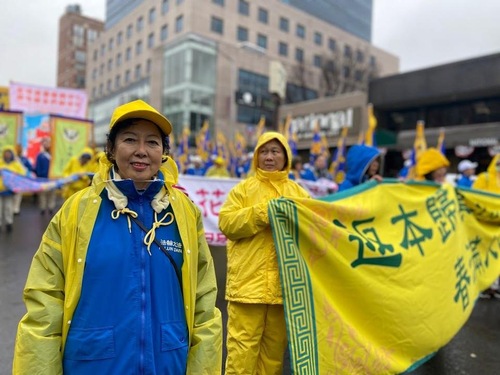 “Those who commit such bad deeds will be punished by heaven. We hope that, by explaining that Falun Gong is good to these people, they will quit the CCP and be blessed,” she said.

Spectator: Falun Gong Is the Best

Many Chinese people watched the parade in the rain. They praised the Falun Gong entry saying it was beautiful, spectacular and that they agreed with the principles of Truthfulness-Compassion-Forbearance.

Ms. Cai is originally from Shanghai but has lived in the United States for many years. She has seen Falun Dafa practitioners participate in parades for more than a decade. “Falun Gong is the best,” she said. “They look magnificent in the parade.”

She hopes Falun Gong will continue to grow and spread to every corner in the world. She also hopes it can be freely practiced in China someday. “Falun Dafa practitioners have exposed the lies spread by the communist regime,” she said.