Ms. Liao was attacked in the afternoon after she visited the Cheung Sha Wan Police Station to apply for a parade permit for October 1, 2019. Within three minutes after leaving the police station, she was attacked by two thugs. Her head was repeatedly struck with a baton, causing bleeding. Both men were dressed in black, and their faces were concealed by black masks. They attacked Ms. Liao with batons typically used by the police. 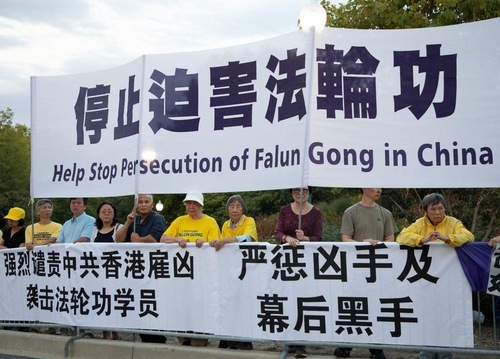 Falun Gong practitioners held a rally outside the Chinese Embassy on the evening of September 26, 2019. 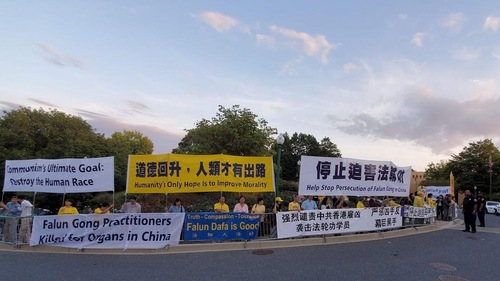 Practitioners held banners and demanded an immediate end to the persecution.

On the evening of September 26, the Chinese Embassy held a reception to celebrate October 1, the CCP’s National Day. Across the front entrance of the embassy were Falun Gong practitioners holding large banners worded “Stop the persecution of Falun Gong,” “The World Needs Truthfulness-Compassion-Forbearance,” “Strongly condemn the CCP thugs’ attack of Falun Gong practitioner in Hong Kong,” and “Bring the Thugs and Perpetrators to Justice.” Several practitioners held the photo of Ms. Liao, wounded in the attack.

Many American guests and people from other countries saw the banners. Some talked with Falun Gong practitioners, and said that they had heard about the persecution. They encouraged the practitioners to keep up their peaceful protests.

The CCP’s persecution has lasted for more than 20 years. At least 53 Falun Gong practitioners were sentenced to prison in August 2019. Among them, 8 were over 65 years old.

Unlawful trials were held in 29 cities in 20 provinces, autonomous regions, or municipalities. 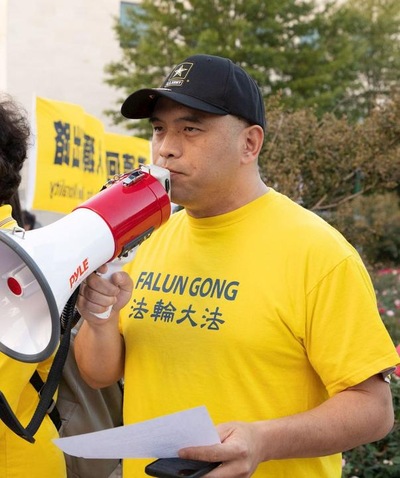 Xiaoxu Lin speaks at the rally

Dr. Xiaoxu Lin, a spokesperson for the Washington DC Falun Dafa Association, said, “During the past two decades of the persecution of Falun Gong, the CCP has developed barbaric means to persecute innocent people.”

“It has extended the mainland's violent persecution of Falun Gong to Hong Kong, and created an unprecedented atmosphere of terror. The beatings of Falun Gong practitioners, legislators, and journalists is an escalation of the violence during recent times.”

“The Hong Kong people should be aware of this. The Hong Kong government needs to thoroughly investigate the incidents, and bring the perpetrators to justice.”

Dr. Lin pointed out that Falun Gong practitioners in Hong Kong had been raising awareness of the CCP’s persecution on the streets. The CCP fears people becoming aware of its wrongdoings. 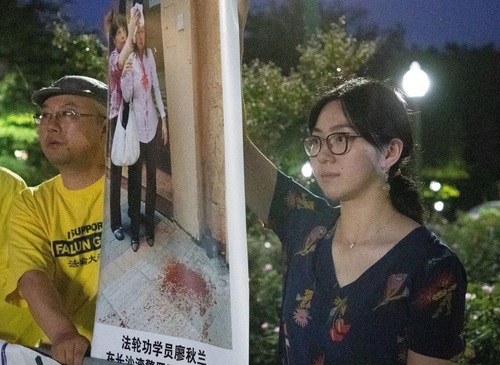 Practitioner Ziyi Yang, who graduated from the Northwest University in the United States this year, has practiced Falun Gong since she was young. Her family members were arrested in China for their faith.

She said that the CCP’s persecution of Falun Gong has never stopped. The CCP’s evil deeds can be exposed in a relatively free speech environment like Hong Kong. On the mainland, there are thousands of Falun Gong practitioners who have been tortured and persecuted. It is difficult for their stories to be heard by the world's people. 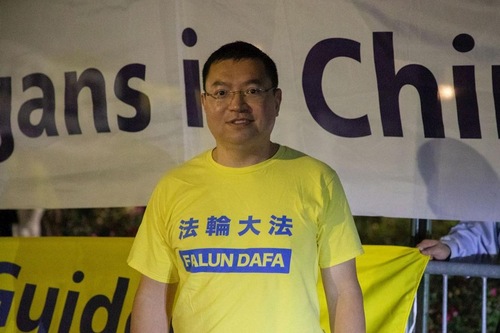 Practitioner Tung Tran, a Vietnamese American from Virginia, participated in the event. He is a pharmacist and was diagnosed with cardiovascular disease at a young age, which affected his life. Breathing was difficult for him when he walked fast. He tried a variety of meditation practices to alleviate his illness.

Two years ago, he tried Falun Gong after seeing Falun Gong information on the Internet. He felt a strong energy when he first practiced the exercises. He soon recovered from his illness.

He is now very healthy, more peaceful, and more tolerant. Falun Gong’s principles have also had a great impact on his character. He said, “I feel even today more improvement.” 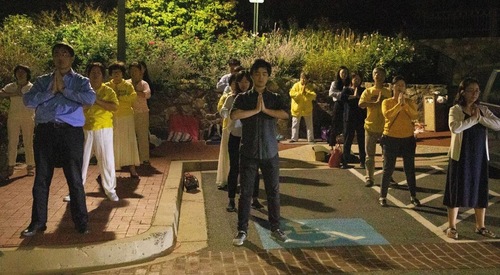 Practitioners participate in group practice in the evening. 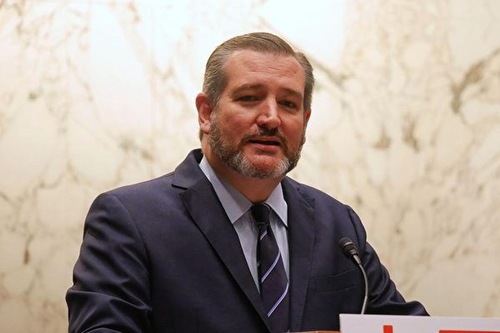 Senator Ted Cruz condemned the CCP’s persecution at the annual China Forum held at the Senate office building, which was sponsored by the Victims of Communism Memorial Foundation on September 26.

Senator Cruz said that at least 4,000 Falun Gong practitioners had died from the persecution, some due to being tortured while imprisoned.

He said that human rights organizations believe that the CCP not only tortures Falun Gong practitioners, but also harvests organs from living practitioners on a large scale, which is barbaric and unconscionable.

“Obtaining the Fa and Cultivating While Participating in Projects”