(Minghui.org) Origin Bound, a movie by New Century Film, premiered in New York on September 14, 2019, with every seat taken. Leading actor Ryan Jiang and other actors in the film met with the audience afterward. Audience members praised Falun Gong practitioners for introducing a refreshing force to the entertainment field. 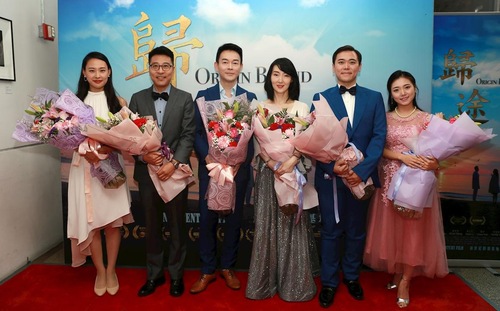 Actors from the film Origin Bound during its premiere in New York on September 14, 2019

The movie, which is based on true events, tells how a top film star in China was saved by Falun Gong from the verge of death.

Mr. Daniel Lou, CEO of Long Innovations International Group, commented after seeing the film, “The success of the movie is not accidental. It reflects the beauty of humanity and creates a sharp contrast between compassion and evil. It's a common language that touches everyone's heart.” Lou feels this movie marks the rise of a refreshing prominent force in the field of overseas Chinese entertainment. 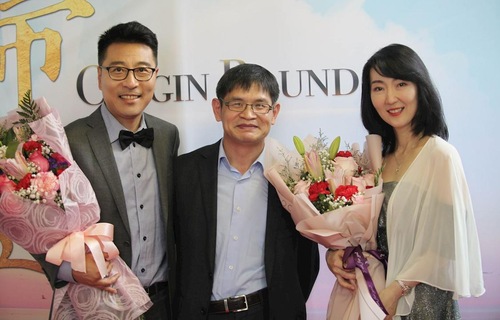 Mr. Lou was proud to see New Century Film produce such an outstanding movie for people around the world. 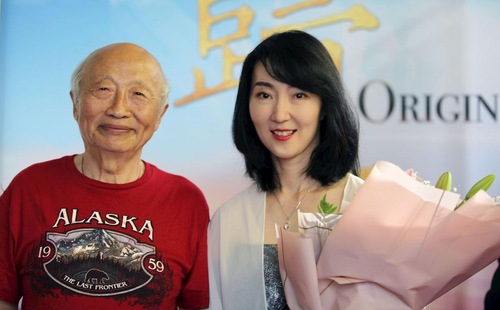 Mr. Ren, a writer, poet, and playwright, said he was impressed with the outstanding traditional Chinese virtues depicted in the film Origin Bound.

Mr. Ren, a writer, poet, and playwright, said, “Origin Bound stresses the merits of humanity, which can conquer anything negative, including illnesses. Humanity's universal values highlighted in the film resonate in people's hearts.”

Mr. Ren said that the film's main character learned about Falun Gong through his former girlfriend. After being uplifted by compassion, his health was restored. “This actually has scientific basis. It's not an idealistic story. Such things happen in real life,” he said.

Mr. Ren was also impressed with the outstanding traditional Chinese virtues depicted in the film. He said, “The movie is valuable for the whole world. It's critical today to promote the best in humanity and inspire people to follow compassion.”

Mr. Lou also said it was very significant that the movie showcased Truthfulness, Compassion, and Forbearance, the best of China's traditional virtues, and presented them to the whole world.

A New Highland Vision reporter reviewed the movie and praised Falun Gong practitioners' achievements in art and entertainment. In his article he recounted how Falun Gong shattered the Chinese Communist Party's (CCP) overseas propaganda. He said the movie surpassed anything the CCP produced.