(Minghui.org) Falun Gong practitioners held a rally in front of Chicago’s Chinese Consulate after holding a peaceful march on August 3, 2019. Practitioners from eleven states joined in the activities. Michigan State Representative John Chirkun and Senator John Hoffman of the Minnesota State Senate sent letters of support to the rally.

Many passersby paused to watch the rally. A man named John stopped to talk to practitioners, and said that he was appalled that such a peaceful practice was persecuted in China. He recorded some video of the rally and told practitioners that he condemned the persecution. 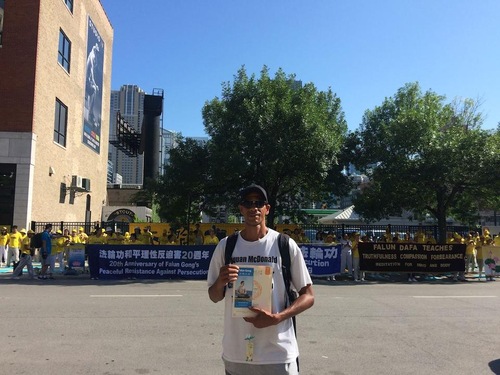 Passerby John said he supports Falun Gong. He told the consulate: “Stop the persecution and stop the violence!” 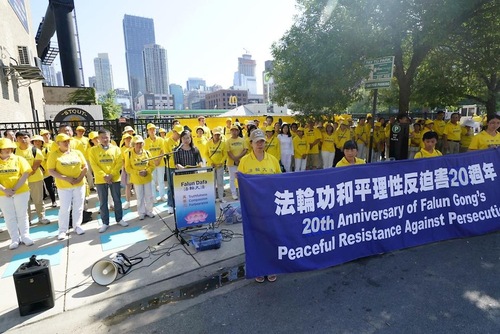 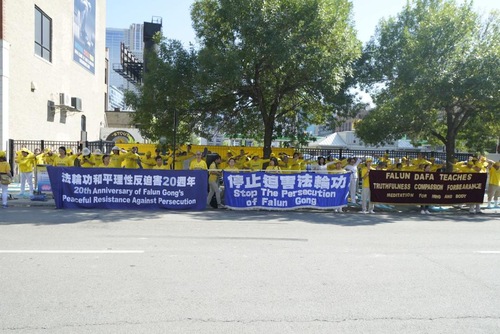 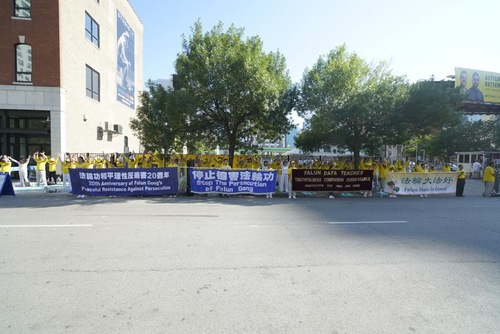 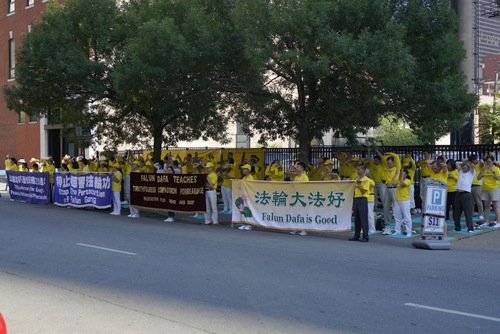 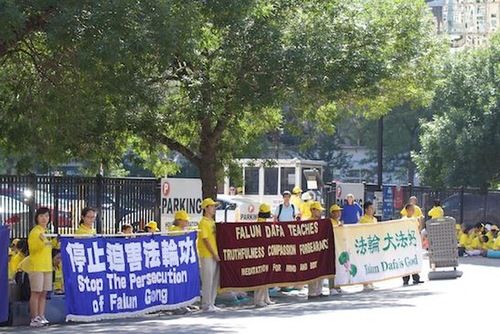 Falun Gong practitioners held a rally in front of the Chinese Consulate in Chicago. 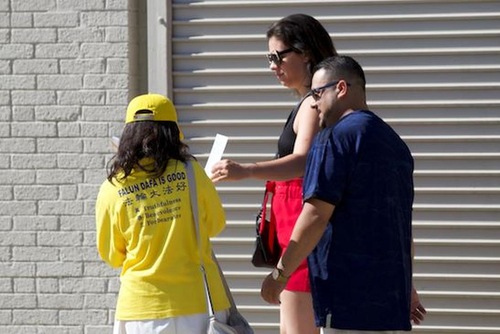 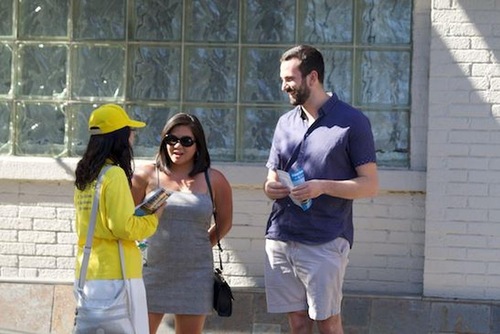 Michigan State Representative John Chirkun sent a letter of support to the rally's participants. He stated in the letter, “I am greatly honored to add my voice in support of Falun Gong practitioners in their efforts to pursue peace, human rights and freedom of belief, and to raise awareness of their persecution with others so that the action can be achieved.” 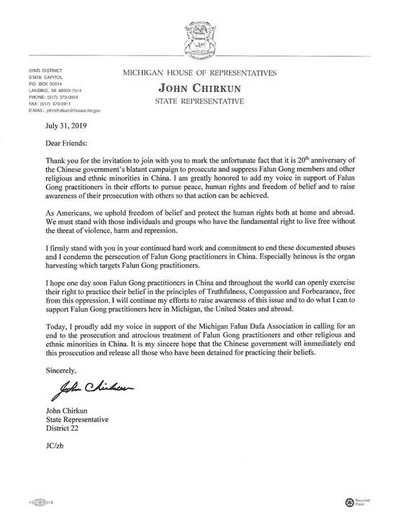 Letter to the rally from Michigan State Representative John Chirkun

Senator John Hoffman of the Minnesota State Senate sent a letter to the rally. He stated in the letter, “You are here today because since 1999 people have been persecuted because they choose to follow Falun Gong.”

“I oppose all unjust persecution and no matter where I am, I am with you in demanding such human rights violations be brought to an end. We cannot rest idly until everyone has their basic human rights respected. Thank you for being here today to carry this important message onward and know you have an ally in me always.” 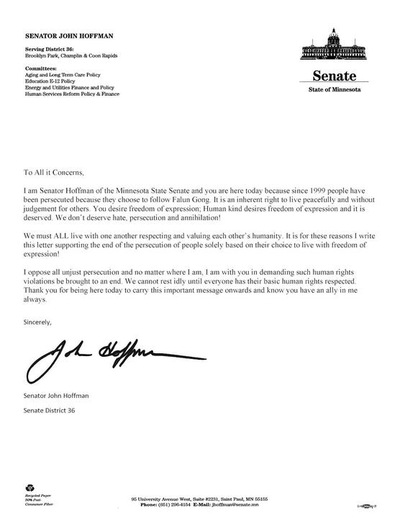 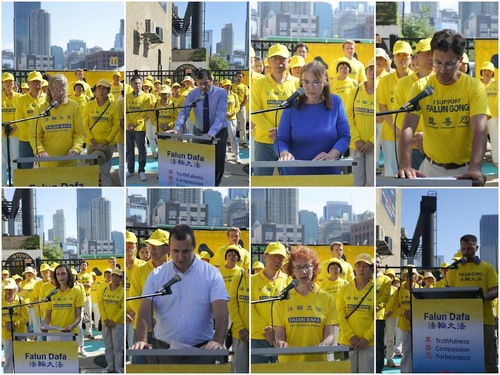 Falun Gong practitioners from eight states read letters from senators and congressmen in their states expressing support for practitioners during their 20 years of peacefully protesting the persecution. 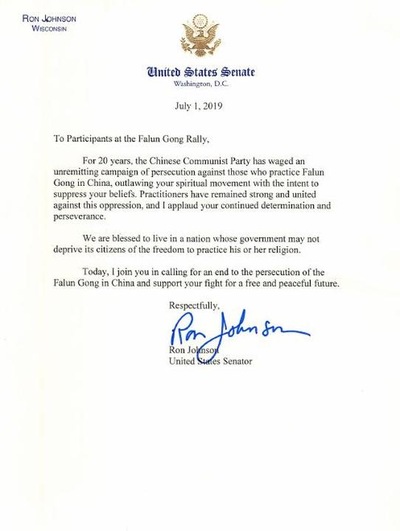 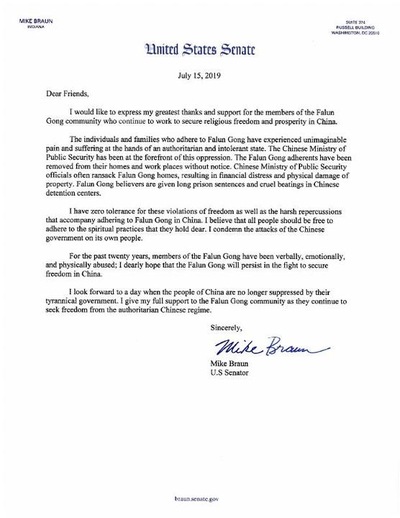 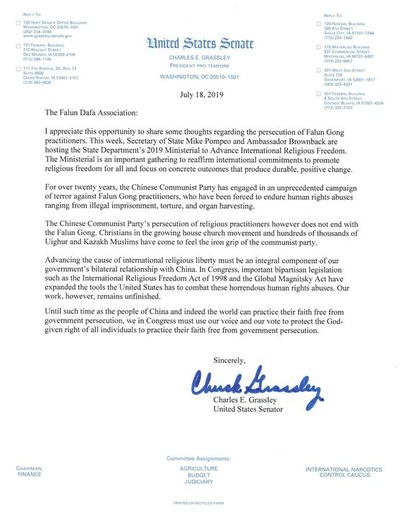 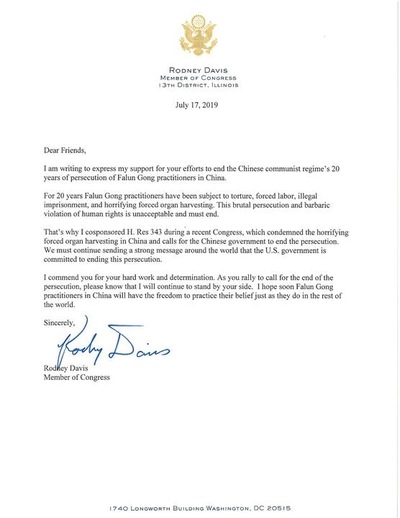 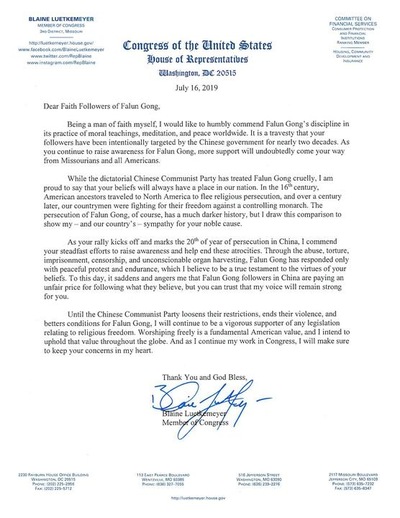 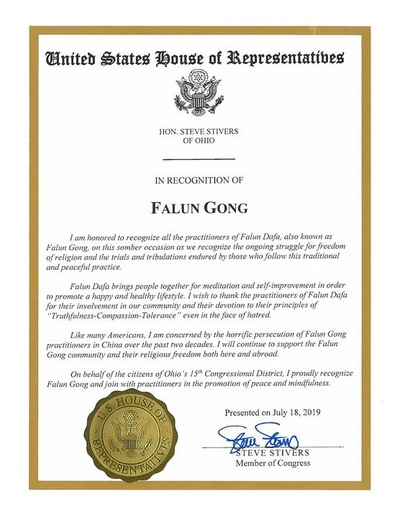