(Minghui.org) Practitioners in Germany held activities at the Munich Marienplatzch on August 24, 2019, introducing the benefits of Falun Gong, and exposing the Chinese Communist Party's (CCP) crime of harvesting organs from living Falun Gong practitioners. Many people had the opportunity to learn about what's happening and signed a petition in support of Falun Gong. 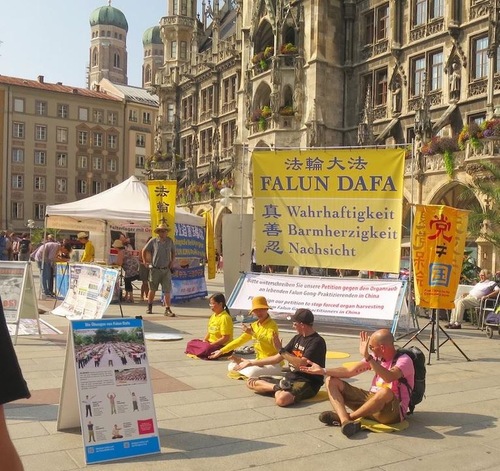 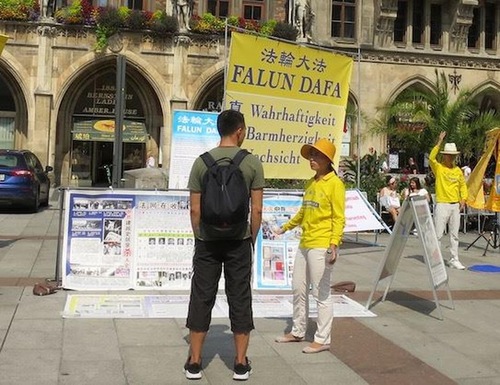 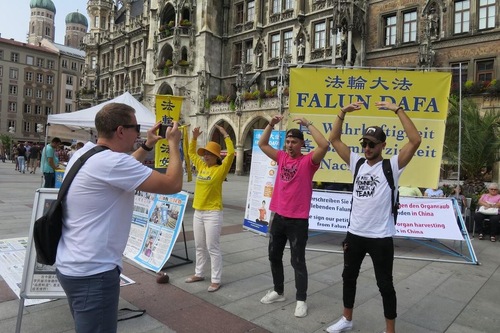 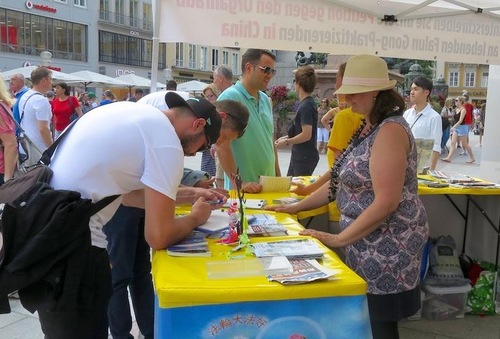 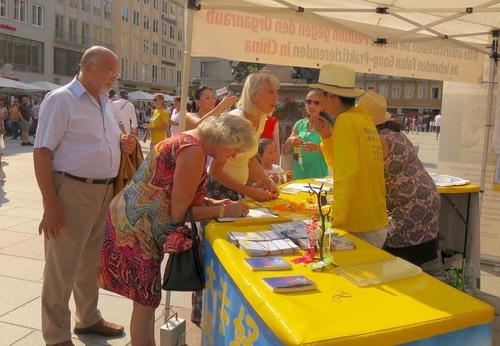 Signature collection calling for an end to the persecution

A continuous stream of tourists, including those from China, visited Marienplatz. Practitioners told them about Falun Gong's popularity worldwide and how the CCP's propaganda slanders Falun Gong. Entire families of Chinese tourists took this opportunity to quit all the Communist organizations they had joined.

Expressing Concern About the Persecution

Mr. Lin from Taiwan said that he had signed the petition in Taiwan. He told practitioners, “The CCP imprisoned and even killed many Falun Gong practitioners, people who follow the principles Truthfulness-Compassion-Forbearance. It would have been absolutely unacceptable in a democratic country. Communism is terrible! Such a violation of human rights wouldn't have been possible in any normal political system.” 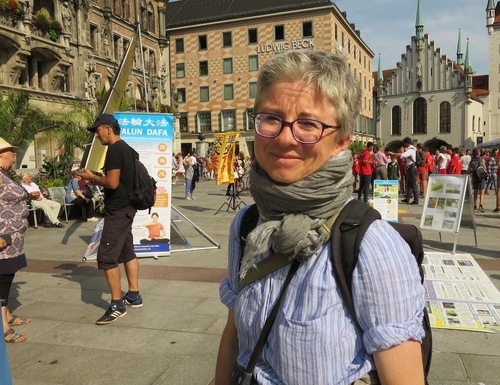 Gertraud Zehentner finally had a chance to sign the petition

Ms. Gertraud Zehentner from Vienna signed the petition as soon as she saw Falun Gong practitioners. She said she had read introductory brochures and was saddened after learning more about the persecution. She called the CCP's organ harvesting an incredibly evil crime.

“It's so important to keep a clear and pure mind, and uphold justice!” she said.

Ms. Bärbel Eicn from Germany signed the petition after she learned about the persecution in China from Falun Gong practitioners. “It's inhuman,” she said. “It's a terrible crime to remove organs from people because of their belief! It's clear that the Communist Party doesn't care about Truthfulness-Compassion-Forbearance, but these values exist in true human hearts and should be supported.”

An elderly German woman signed the petition and expressed deep concern over the abuses being committed. A practitioner encouraged her that perpetrators will be held to account eventually. The woman said in smile, “What you said is right! I wish you great success!”

On hearing about the CCP's atrocities, a woman named Edith Wettenger said, “It's absolutely unacceptable for such atrocities to happen in today's world! I must sign the petition. Everyone should have freedom of speech and belief, and be allowed to pursue his or her faith. We must oppose the persecution and fight for freedom. Living by the principles Truthfulness-Compassion-Forbearance is the basic responsibility of humans. It's sad to hear these principles are suppressed.” She sincerely hoped the petition would reach its goal, and wished Falun Gong practitioners success. 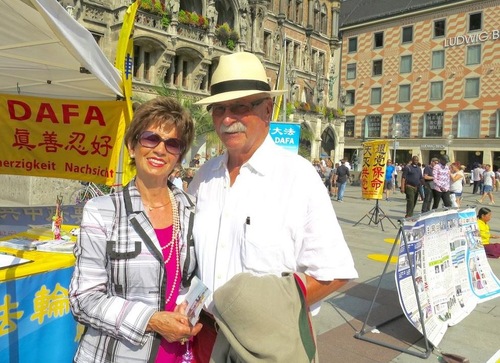 “Parents Stand Up for a Beloved Teacher, Shielding Her from Persecution for Her Faith ”