(Minghui.org) Falun Dafa practitioners gathered at Lake Eola Park in downtown Orlando on July 20, 2019 to hold a candlelight vigil commemorating those who died during the 20-year-long persecution campaign launched by the Chinese Communist Party (CCP). 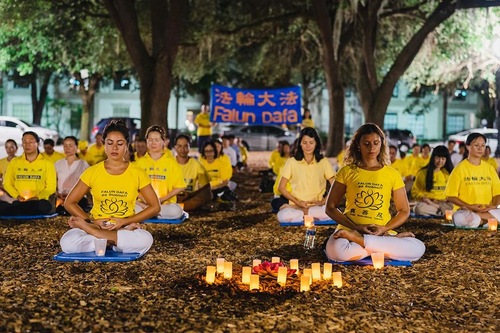 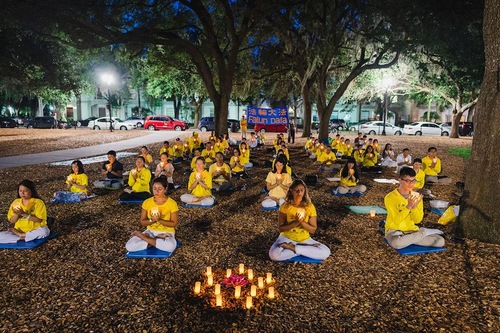 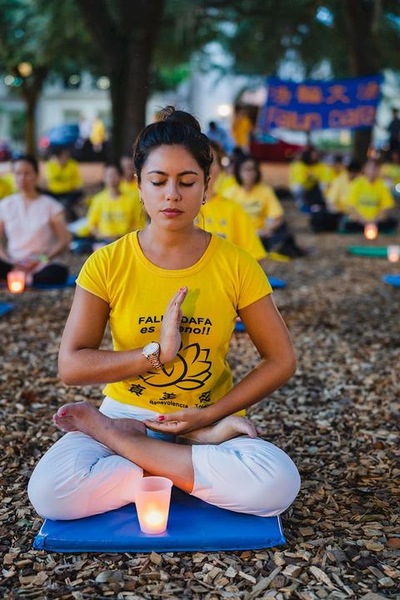 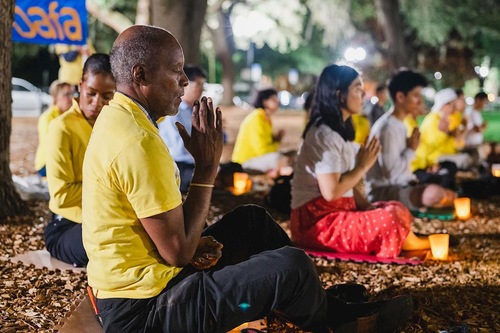 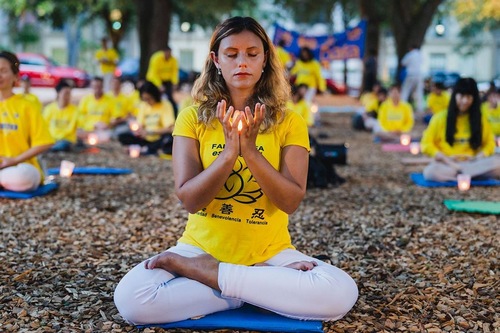 Practitioners gathered at Lake Eola Park in Orlando for a candlelight vigil to solemnly commemorate fellow practitioners who died during the persecution. 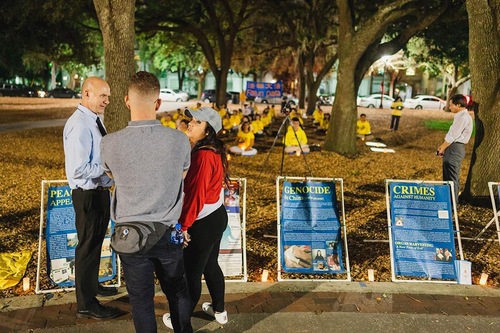 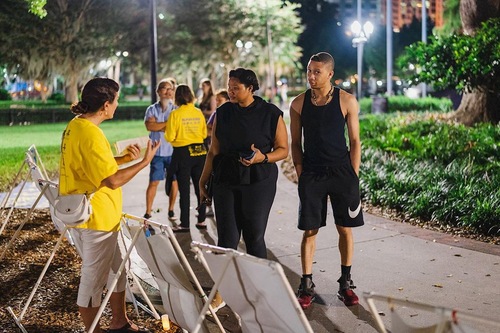 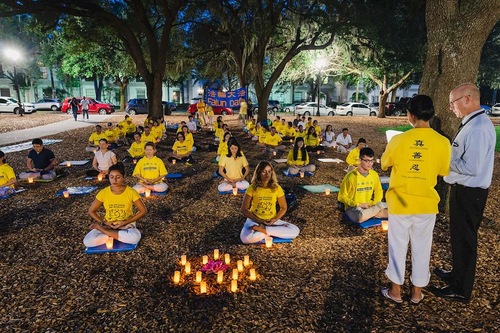 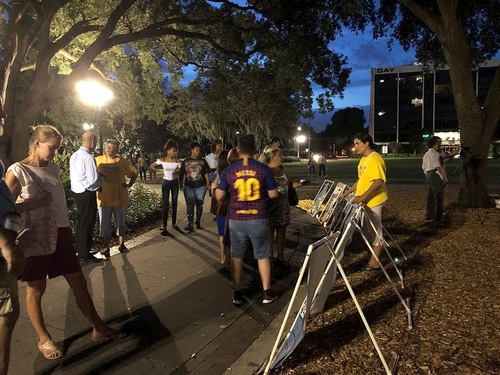 Local residents and tourists stop to read the information about Falun Dafa and learn about the persecution in China.

Twenty years ago, on July 20, 1999, Jiang Zemin, former head of the CCP, ordered the persecution of Falun Gong practitioners. Countless practitioners have since been arrested, tortured, and had their organs removed and sold for profit. The deaths of more than 4000 practitioners have been confirmed as a direct result of this brutal campaign.

Tom Vu is a martial arts instructor. He was one of the many passersby who stopped to watch the candlelight vigil and learn about the persecution. Mr. Vu said, “I've heard of the persecution as well as the organ trafficking. This is terrible and must be stopped.” He said that he moved to the U.S. from Vietnam to escape the communist regime. He said he would post information about the atrocities on his social media page. He said he believes that once people learn the scope of the persecution, the CCP will quickly end.

Professor Minh Van is a retired doctor. Before she began practicing Falun Dafa, she suffered from many illnesses, all of which quickly disappeared after she began practicing. But most importantly, she found the meaning of life through the teachings. She said she hopes more people will learn about the persecution through these activities and that it will help end the persecution sooner.

Professor Liu, a researcher at South Florida University, said that 20 years of persecution was a long time. He hopes this is the last time they will need to appeal for an end to the persecution.