(Minghui.org) A Qingdao City, Shandong Province resident was arrested on May 5, 2019, for not renouncing his faith in Falun Gong, a mind-body discipline that has been persecuted by the Chinese communist regime since 1999.

The 45-year-old man held a hunger strike to protest the arbitrary detention. He was force fed and became unresponsive when his lawyer and family visited him. Despite his condition, he was ordered to stand trial on June 25, 2019. He passed away one week later. 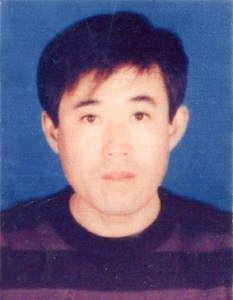 Mr. He Lifang's family received a call on July 1, 2019 from Pudong Detention Center that he was sent to a small hospital in Jimo District, Qingdao. When his family rushed to the hospital, they saw many tubes inserted into his body. The doctor was giving him an injection of an unknown drug. As the drug went into his body, Mr. He kept shivering and looked miserable, as if he was being shocked with electricity.

Detention center guards didn't allow his parents to get close to him. After a few glances, his parents were brought to another small room and watched by some officers overnight.

On the next morning, the detention center guards left, and officers from Beian Police Station who arrested Mr. He came. Upon arrival, they drove Mr. He's parents out of the hospital.

At around 10 a.m. on July 3, the police informed his parents that Mr. He had died. The police refused to hand over his body and said they would take care of it. 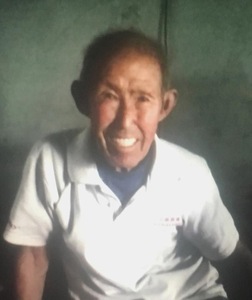 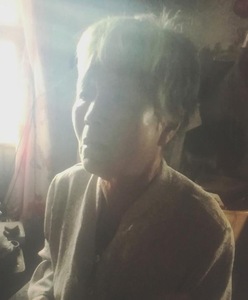 Arrested after Being Deceived by the Police

Mr. He's tragic death was preceded by decades of unimaginable suffering and torment. Because of not renouncing his faith, he was repeatedly arrested, detained and tortured. He was once severely beaten by 17 inmates in 2001 while serving time in prison for hanging up Falun Gong banners.

Shortly after being released, he was forced to live away from home to avoid the non-stop harassment and surveillance. The police suspended his ID card, causing tremendous inconvenience in his daily life. He asked several times through his family members to have his ID card reinstated but was turned down each time.

Shortly before his latest arrest, he traveled back home to visit his parents and was fined 2,000 yuan by the traffic police for not having an ID, which was a significant amount of money for the poor family.

When the police informed Mr. He that they would process the ID card for him, on the condition that he come to the police station himself, Mr. He went there immediately, not realizing that it was a ruse.

He was arrested as soon as he arrived at the police station on May 5, 2019.

Mr. He held a hunger strike at the detention center. He was force fed and became incontinent. The detention center guards twice asked his parents to record a video to persuade him to eat. They refused to do so and demanded to see him themselves.

Mr. He's lawyer went to the detention center to visit him on June 5. He talked to the guards for the entire morning but was still denied the visit. When Mr. He's parents joined him in the afternoon, the guards finally allowed the lawyer to see him.

Mr. He was carried out by four people on a stretcher. He couldn't move and had no response when the lawyer talked to him.

On June 10, at his parents' repeated demands, they also saw him. He was carried out by the inmates, wrapped in a comforter. Similar to last time, Mr. He couldn't move and didn't have any response when his parents talked to him.

Mr. He's parents and his sister went to Jimo District Police Department on June 13 and demanded that the 610 Office and Domestic Security Division release him.

The security guards there refused to let the three in. They dashed into the building and were then led to an office. They were told that officers from Beian Police Station would come soon to see them, but no one ever came.

The three of them went to the Beian Police Station in the afternoon. The officers there also refused to talk to them. Mr. He's sister cried: “My brother is dying and you still refuse to release him!” His parents burst into tears. The police initially attempted to drag them into a room and lock them in but later drove them out of the police station.

Forced to Stand Trial Despite Being in Critical Condition

Despite Mr. He's critical condition, he was tried by Jimo District Court on June 25, 2019. His lawyer was denied a meeting with him the day before the hearing.

In a makeshift courtroom at the detention center, Mr. He was carried out by the bailiffs. They pushed him into a chair. One bailiff kept wiping the fluid coming out from his nose.

Mr. He looked numb and dull. He didn't say a word during the hearing.

Devastated to see her once healthy son like that, Mr. He's mother requested to take him to the hospital, but no one responded to her.

The prosecutor charged Mr. He with hanging up Falun Gong banners in 2001, living away from home to avoid the harassment, and the criminal complaint his family filed in 2015 against Jiang Zemin, the former head of the communist regime who ordered the persecution in 1999. The prosecutor also listed a few witness accounts from 2001.

Mr. He's lawyer entered a not guilty plea for him. He argued that no law in China has ever criminalized Falun Gong and that his client's hanging up the banner didn't cause any damage to society. He also questioned the authenticity of the witness accounts from 2001, when the witnesses didn't appear in court to accept cross-examination.

The presiding judge Gao Fei kept receiving slips of paper during the hearing. Some officials also came and whispered to him.

Mr. He's family visited the court, detention center and police department petition office on June 28 to demand medical care for him, only to be given the run-around or outright rejected by the agencies.

Mr. He's parents, in their 80s, have lived in fear over the past 20 years because of the persecution and frequent harassment and surveillance by the authorities. The local villagers rarely talk to them, fearful of being implicated in the persecution.

Prior to Mr. He's death, their first daughter, Ms. He Shurong, died at age 50 in April 2014 after being twice given forced labor and once hung up and beaten for eight days in a row. Their second daughter, Ms. He Xiuxiang, was sentenced to three years in prison in June 2015.

Their grandson was denied admission to the army after he failed the political review because of his family members' practicing Falun Gong.

The elderly couple's efforts to rescue Mr. He over the past two months exhausted them both, and his death has left them devastated.