(Minghui.org) A Harbin City, Heilongjiang Province, resident and mother of a U.S. resident suddenly died on July 26, 2019, moments after she was rushed to the hospital for emergency rescue.

According to Ms. Li Xuesong, a San Francisco resident, the Heilongjiang Women’s Prison called her family on the afternoon of July 26, 2019, and said that her mother, Ms. Meng Hong, was suffering from an episode of high blood pressure and a heart problem. They were asked to immediately go to the No. 2 Hospital of Harbin Medical University with some cash to pay for her medical expense.

Moments after the family arrived at the hospital, the ambulance carrying Ms. Meng also arrived. They saw two paramedics performing cardiopulmonary resuscitation (CPR) on her inside the vehicle. Ms. Meng was pronounced dead ten minutes after she was taken to the emergency room. She was 79. 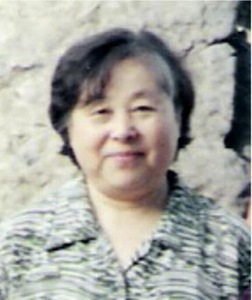 Ms. Meng’s sudden death came nine months before her scheduled release from a 7-year prison term for not renouncing her faith in Falun Gong, a spiritual discipline that has been persecuted by the Chinese communist regime since 1999.

Ms. Li said that her mother had been very healthy before and during the six-plus years she was imprisoned. She suspects foul play in her death.

Ms. Meng was born into a poverty-stricken family in the countryside and suffered many hardships as she grew up. She moved to the big city of Harbin after landing a job as an engineer there, only to have her dreamed crushed by the ten-year Cultural Revolution. She was sent back to the countryside because her family used to be landlords, one of the “class enemies” of the Party.

Although Ms. Meng returned to Harbin after the Cultural Revolution, the aftermath of years of struggle and mental trauma left her in deep depression. She became withdrawn and was very careful in everything she did, fearing becoming a target of the Party again.

Two decades later, during the Qigong fad in the 1990s, Ms. Meng became interested in the ancient energy practices as she was looking for ways to improve her health after major surgery.

She was introduced to Falun Gong by her daughter in May 1996. Ms. Meng took on a new outlook on life. She diligently went to the practice site to do the exercises every morning, whatever the weather. She was much happier and always full of energy. As a senior engineer, she received several awards from her workplace as a star employee.

When people asked the secret of the changes, Ms. Meng always said it was because of Falun Gong that she was able to enjoy life again.

Persecuted by the Communist Party Again

Because of upholding her faith and raising awareness about the persecution, Ms. Meng was arrested on February 28, 2004, while putting up a poster with the message “Falun Dafa is good.” She was detained for more than a year despite having high blood pressure.

She was arrested again on May 22, 2012, while distributing information about Falun Gong near Heilongjiang University.

The Nangang District Court soon sentenced Ms. Meng to seven years in prison. Although she had been released on bail after the detention center refused to accept her due to her advanced age, judge Wen Lirong and the local police broke into her home and forcibly took her to Heilongjiang Women’s Prison on March 27, 2013. Her family was longing for her release on March 27, 2020, only to see her die in custody under suspicious conditions.

“Hunan Woman Harassed After One Year of Imprisonment for Her Faith”