Canadian Member of Parliament: Canada Should Be More Aggressive Against Human Rights Abusers

(Minghui.org) In July 1999, Jiang Zemin, the former head of the Chinese communist regime, launched the persecution of Falun Gong. Falun Gong, also called Falun Dafa, is a mind-body spiritual discipline that teaches the principles of Truthfulness-Compassion-Forbearance.

Since then, the Chinese regime has arrested an estimated nearly three million Falun Gong practitioners. Thousands have been secretly sent to forced labor camps, and an unknown number have become victims of state-sanctioned forced organ harvesting. The persecution is run by and carried out by all levels of government, including the Chinese Communist Party (CCP), the Chinese Army, the law enforcement sector, and the state hospitals, each of which has made considerable profit from harvesting organs of prisoners of conscience.

Over the past 20 years of persecution, the international community and elected officials worldwide have condemned the persecution and made efforts to bring it to an end.

Peter Kent, Member of the Canadian Parliament, recently pointed out that Canada should punish Chinese government officials who have been involved in human rights violations. 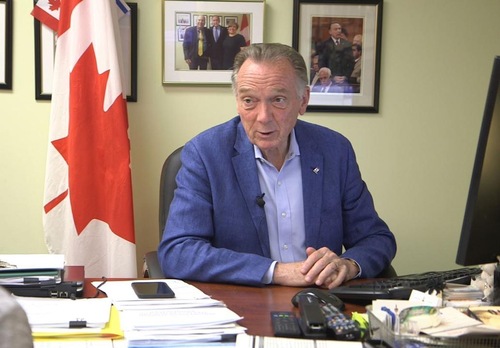 Canada Could Use the Magnitsky Act

Canadian Government Should Be Much More Aggressive

The U.S. government has recently decided to perform more rigorous screening of visa applications. Applicants found to be involved in human rights abuses or religious persecution will be rejected. Falun Gong practitioners have been encouraged to submit lists of suspected abusers.

Commenting on Falun Dafa's peaceful resistance over the past 20 years of persecution, Mr. Kent said, “I would congratulate Falun Dafa, Falun Gong practitioners for their focus on the three basic principles of their belief and their ability to continue to practice their beliefs even under the oppressive, the cruel oppression that is focused on those among Falun Gong practitioners and other faith groups, in the belief that the individual fundamental right of free speech, of free belief, of free assembly, the rule of law and the respect for human rights is more important than towing the line of the dictatorship.”