(Minghui.org) Falun Gong practitioners organized an information day event in downtown Freiburg on May 25. It was a beautiful, sunny Saturday, just one day before the European Parliament elections.

The Falun Gong booth was set up at a prominent crossroads. The banners and display boards were visible from a distance, catching the attention of passersby and bike riders, who stopped by to sign the petition opposing the persecution of Falun Gong in China.

Tour groups from Taiwan and South Korea walked by and waved in greeting.

Practitioners also met many Chinese tourists, students, and visiting relatives. They told them about Falun Gong and answered their questions. 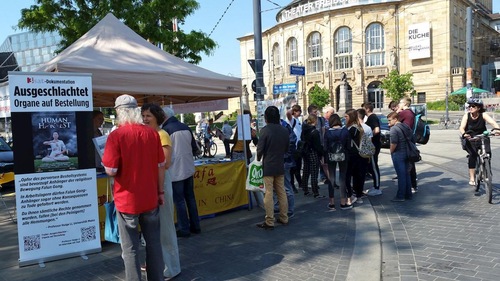 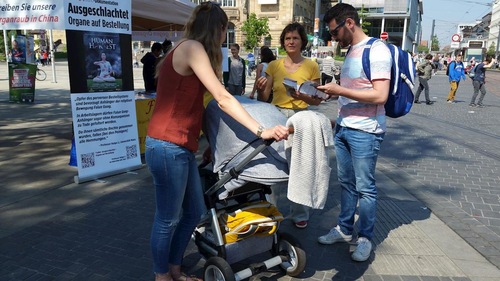 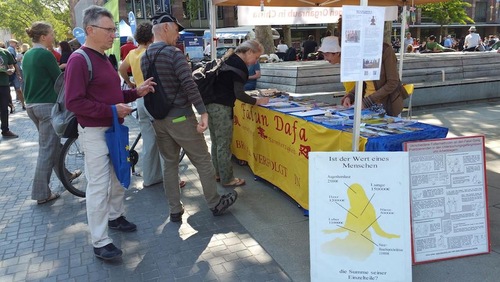 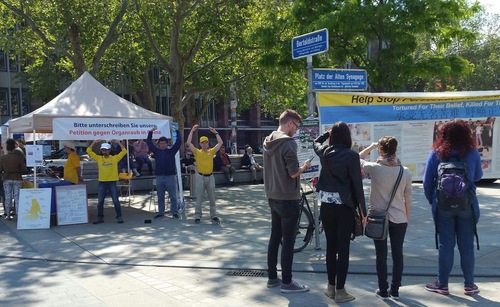 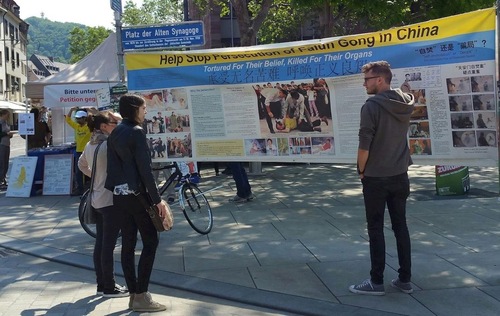 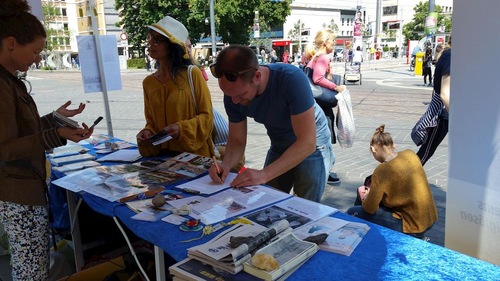 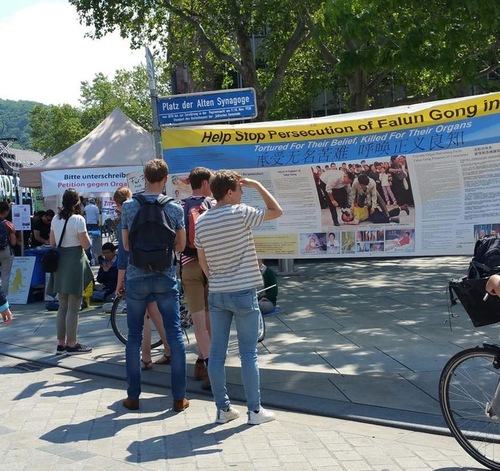 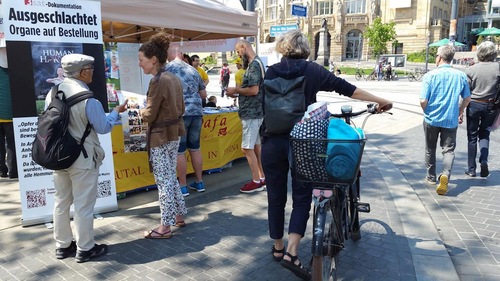 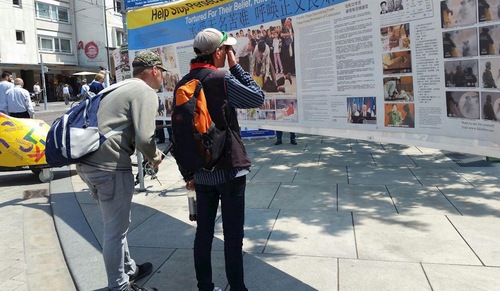 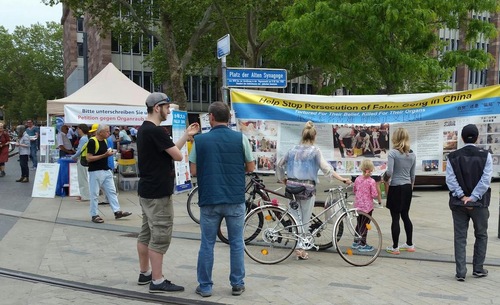 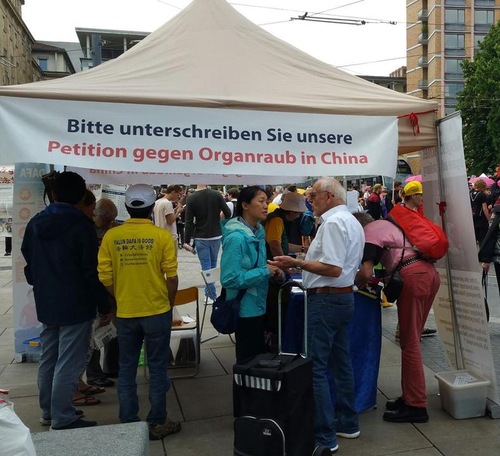 Passersby learned the facts about Falun Gong and signed petitions opposing the persecution of Falun Gong during an information day activity in downtown Freiburg on May 25, 2019.

Three tourists from Cambodia read the display boards and chatted with a practitioner. One man said his grandparents were from Guangdong, China, and that the Cambodian Communist Party had killed nearly all of his mother's family.

The practitioner told them that the Chinese Communist Party supported the Cambodian Communist Party during the genocide that killed nearly a quarter of the population of the country between 1975 and 1979.

They took two books—Nine Commentaries on the Communist Party and The Ultimate Goal of Communism—and said they wanted to learn more about the communism even though their Chinese was not very fluent.

Chinese Student: Live Organ Harvesting Is Real. I Must Quit the Party!

A Chinese international student stood a long time before the display boards and read about the forced organ harvesting in China. Then he spoke with a practitioner, who provided more evidence.

He said the information helped him understand two popular terms in China. He explained, “I believe terms like 'jin huang' and 'hong lu' are not groundless. 'Jin huang' means that the officials have jin (money) can buy mistresses (huang) and 'hong lu' means they can buy organs (for a transplant) to live longer.

“In a foreign country, an official may have power, or a wealthy man may have enough money, but they can't buy human organs on demand. Only in China, you can. So they all fly to China to have transplants.”

A practitioner added that the Epoch Times reported that the communist regime bribed a wealthy man in Hong Kong with a harvested organ.

The student agreed to quit the Chinese Communist Party and its youth organizations. He said, “Live organ harvesting is real. I have to quit (the Party)! Now I am sure that the communist regime will collapse.”