(Minghui.org) Twenty years ago, on July 20, 1999, the CCP launched the persecution of Falun Gong. Falun Gong practitioners gathered on June 11, 2019 in front of the California State Capitol in Sacramento to raise the awareness of the persecution and call on the Chinese Communist Party (CCP) to immediately stop their crimes. Randy Voepel, member of the State Assembly, spoke during the rally and expressed his support. He said he respected the practitioners’ efforts in persistently and peacefully protesting against the persecution over the past 20 years. 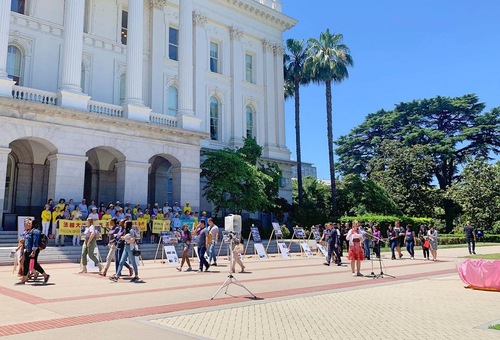 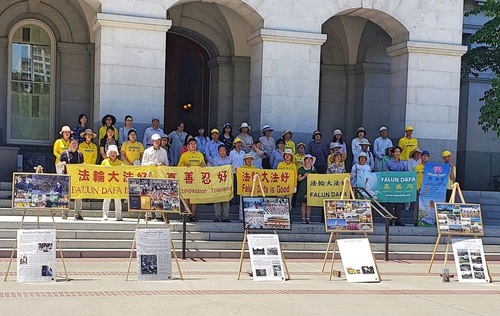 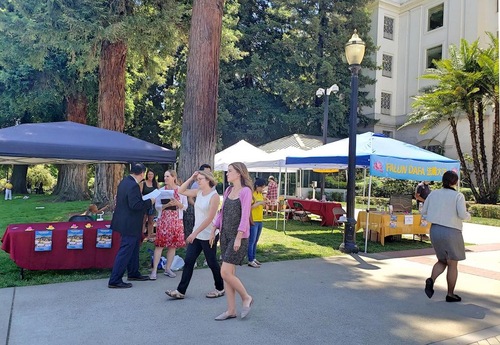 On June 11, 2019, Falun Gong practitioners from northern California gathered in Sacramento outside of the state capitol to tell people about the practice and to raise the awareness of the ongoing persecution in China.

As part of their activities, practitioners set up an information booth, held a photo exhibition, demonstrated the peaceful exercises, and held a rally. They wished to let the assembly members, staff, and the public know the extent of the brutal tortures used during the persecution. 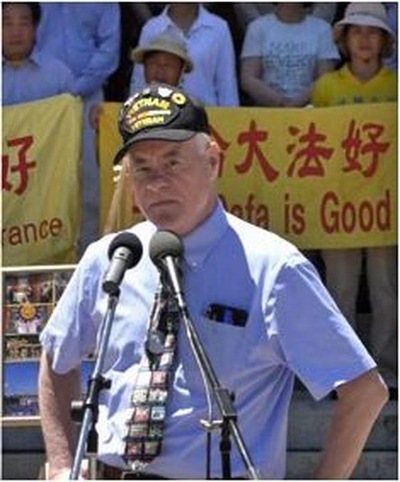 Randy Voepel, member of the California State Assembly, speaks at the rally.

During the rally Randy Voepel paid his respects to practitioners and pointed out that they never gave up as they peacefully and rationally exposed the brutality of the persecution to the world’s people. He warned people not to have any expectations for the CCP. He called on people to stand up against the CCP and support practitioners, who he called “freedom fighters and outstanding people with free spirits.”

Assemblyman Voepel is the first person in the U.S. to issue a proclamation for Falun Gong, in December 2000, despite the pressure and protest he was given by the Chinese Consulate. He is currently also the only Assembly member who served in the Vietnam War. 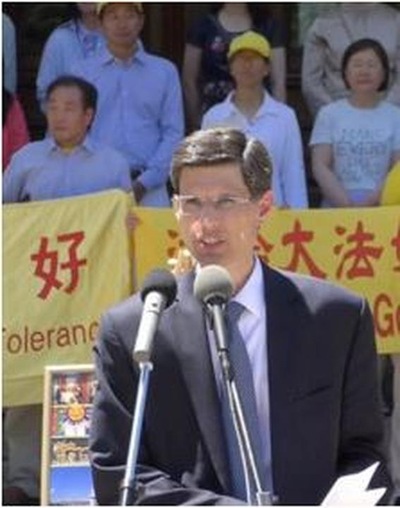 Dr. Alejandro Centurion from Doctors Against Forced Organ Harvesting (DAFOH) in California condemned those doctors who've colluded with the CCP and turned their scalpels into murder weapons.

During the persecution, some doctors have colluded with the CCP and participated in harvesting organs for transplant from practitioners in China who refused to give up their faith. Dr. Alejandro Centurion, a representative from Doctors Against Forced Organ Harvesting (DAFOH) in California condemned their actions. He said that it was hard to believe that these doctors, who are supposed to protect and save lives, turned their surgical scalpels into murder weapons. He described what is happening to practitioners in China and said that it was one of history's most horrific medical crimes.