(Minghui.org) Falun Gong practitioners from the Greater Washington, D.C. area participated in Memorial Day parades in Rockville, Maryland, and in Falls Church, Virginia. Both cities are part of the Washington metropolitan area. 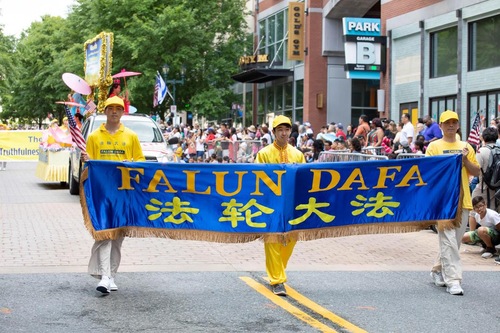 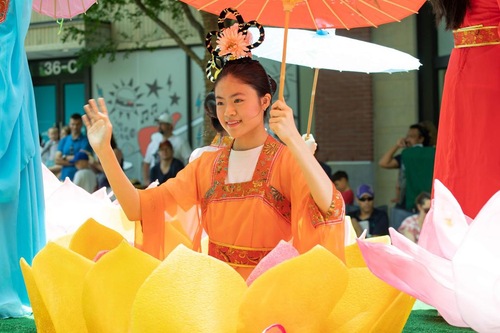 A young practitioner on a Falun Dafa float

David Foskui, a sales consultant, said he enjoyed seeing the local diversity. “Memorial Day is not just about us. It’s (about) every culture as well. So we bring them all in,” he said.

When he learned about the Chinese Communist Party's (CCP) persecution of Falun Gong, David said that raising awareness through participating in local parades is “an excellent way to do it.” 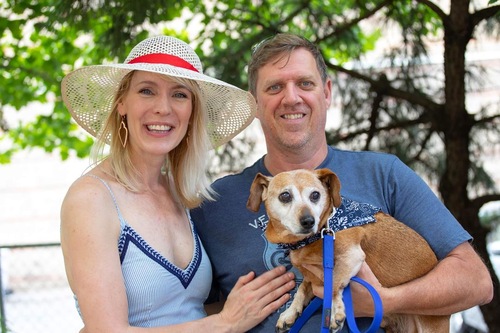 “It was very beautiful!” said realtor Sherry LaRowe, who particularly enjoyed the performance of the Falun Gong waist drum team.

“They have been smiling. A lot of people who have been walking by haven’t been smiling. I noticed they [Falun Gong practitioners] all had nice pleasant smiles on their faces,” she said. Sherry took several photos of the waist drum team. 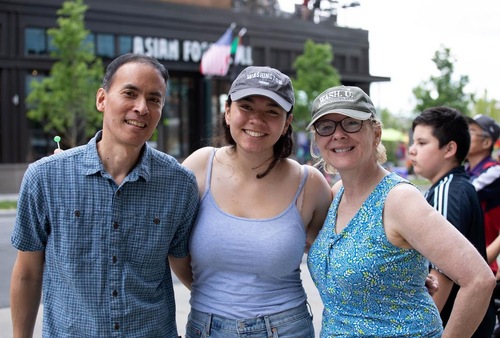 Margaret Thale, who works for an online media outlet in Maryland, also enjoyed the parade. She said that the good weather brought extra blessings to the parade, and noted that the participants and spectators were all very enthusiastic. “Everyone is so happy and engaged,” she remarked.

Margaret had not heard of Falun Gong before, but she said that today she learned about the group and the Chinese Communist Party’s persecution of Falun Gong. She said it was a great idea to raise awareness through participating in parades. 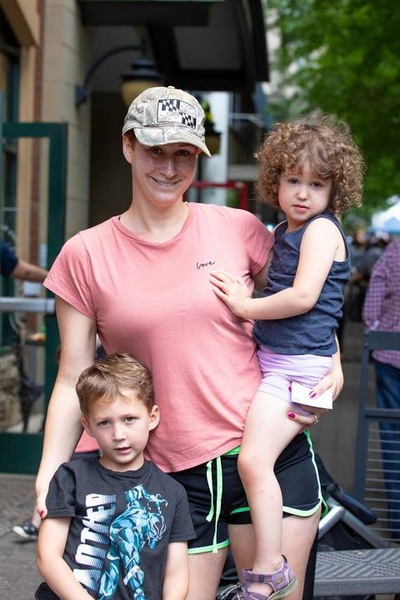 Rockville resident Chelsea Rubin is an orthodontic technician. She said that the parade was educational for children, and she especially liked the waist drum team's performance. Chelsea loved the diversity and said that she would post the photos she had taken on her Instagram account. 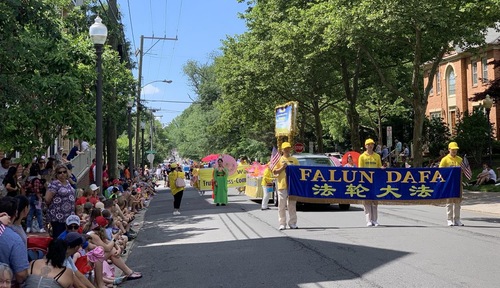 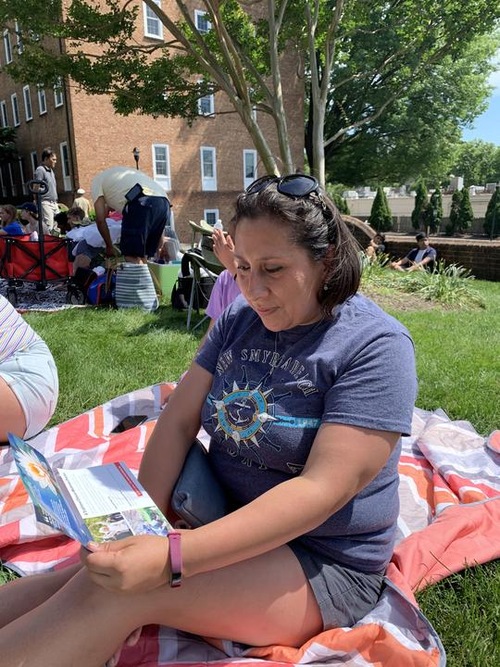 Karla Mora works at a primary school in Falls Church. She noticed that there were a number of older women in the Falun Gong waist drum team, and they were full of energy. She said that she had read the Falun Gong flyer and knew they practiced meditation.

Karlar was interested in learning more about Falun Gong. Pointing to the words from a Falun Gong practitioner that were quoted in the leaflet, Mora said, “What really caught my eye was this – the testimony of one person saying that after five years of practicing, she found renewed energy. That was interesting and eye-catching to me.” 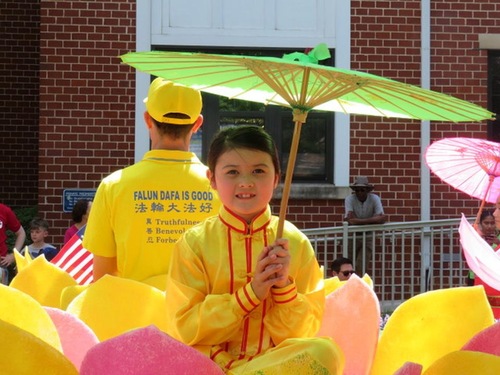 A young practitioner on a float. 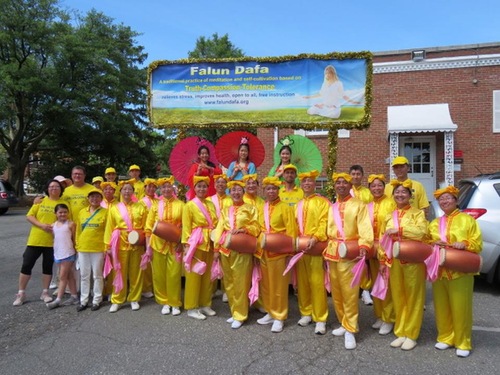 A group photo of the practitioners after the parade.

“A Recent Tribulation Helped Me Find My Attachment”