(Minghui.org) Falun Gong practitioners were invited to participate in the Memorial Day Parade in Marcus Hook, a town west of Philadelphia, on May 25, 2019. Nearly 500 people from different local organizations participated in the popular annual event. 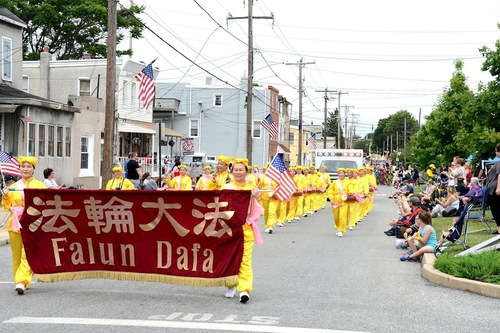 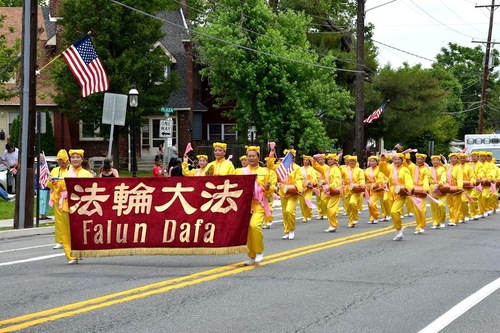 A waist drum team formed by Falun Gong practitioners during the Memorial Day parade in Marcus Hook on May 25, 2019

The Falun Gong entry was warmly applauded along the parade route. The drummers' bright yellow costumes stood out on the cloudy day. 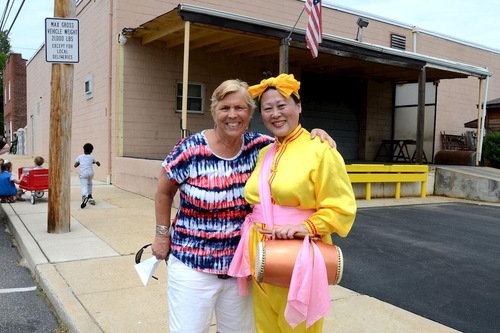 Parade organizer Ms. Terry Smith is a fan of the waist drum team. She said, “I'm so happy that you can participate in the parade this year! Last year you were too busy. I was very disappointed. I hope you can come every year!”

She also invited practitioners to participate in the town's annual Independence Day parade on July 4th. She thanked practitioners for enriching the town and bringing traditional Chinese culture to Marcus Hook. 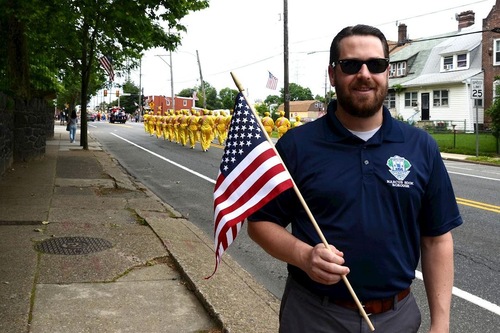 Mr. Andrew Weldon, treasurer of the town of Marcus Hook

Andrew Weldon, treasurer of the town of Marcus Hook, watched the parade with his family. He said, “The waist drum team is very good. Everyone really likes it.” He said that the town government has decided to invite practitioners to participate every year. 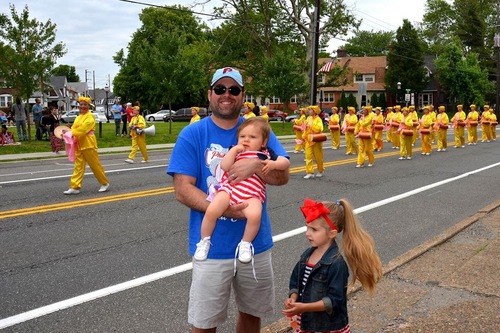 Rick brought his children to see the parade. He was very happy to see Falun Gong practitioners and said, “The waist drum team is unique, and their music is great!”

Rick watched the parade with his family and said this was the first time he'd seen the waist drum team. “The waist drum team is unique, and their music is great,” he said. “I like them very much and hope to see them often.”

Marcus Hook, a half-hour drive from Philadelphia, was founded in 1655 and has a history of more than 366 years. Many of the residents are veterans, and the Memorial Day parade is one of the town's annual events.

“[Minghui Fa Conference] No Longer Lonely—Cultivating While Involved with Minghui”