(Minghui.org) The three-day 43rd Hiroshima Flower Festival began on May 3, 2019, in Japan’s Hiroshima Peace Memorial Park and Peace Boulevard. This was the 18th year the Falun Dafa Association was invited to participate in this event.

May 1 was the inception of a new emperor that marked the end of the Heisei era and the beginning of the Reiwa era. So the themes of the flower festival were “Flowers Blossom, Dream and Peace, New Era.”

The weather of this long holiday weekend was sunny and pleasant. One local media outlet reported that more than 1.7 million visitors visited Hiroshima Peace Memorial Park. Even more people viewed the event through television and other media.

More than 100 groups participated in the parade. The Falun Dafa (also known as Falun Gong) procession was led by the Tian Guo Marching Band, followed by a decorated float, exercise demonstration, lion dance, and celestial maidens.

Spectators applauded warmly, and many people took photos and videos. Many also took photos with the Falun Gong procession in the background.

The Falun Dafa procession also included a few dozen young Vietnamese practitioners. Some spectators said, “There are many lovely young people practicing Falun Gong. Falun Gong not only improves health but also has a unique charm.” 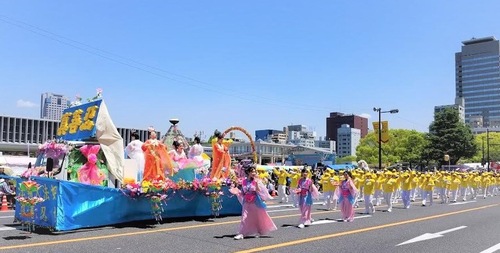 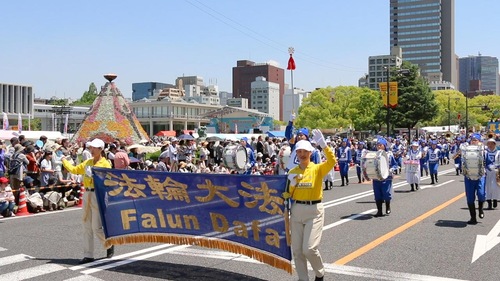 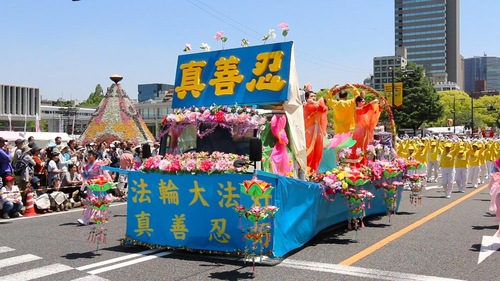 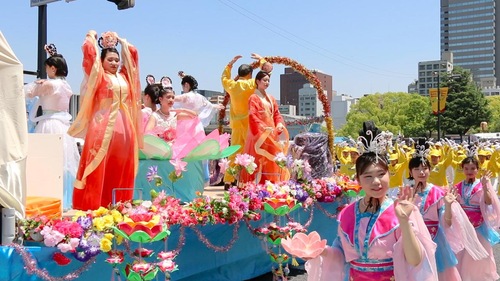 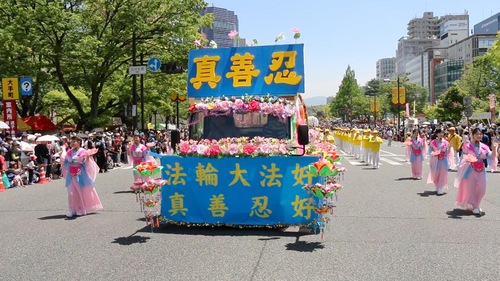 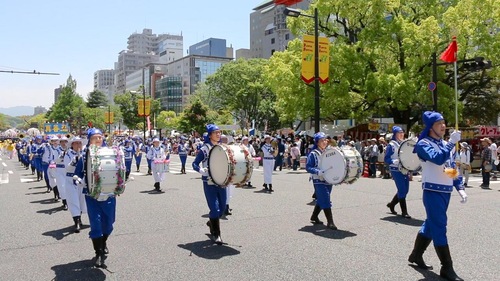 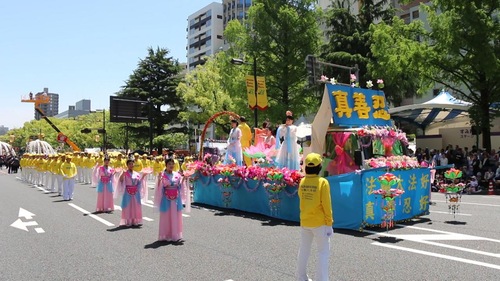 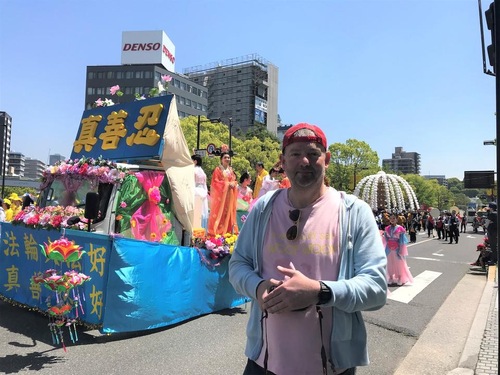 An Australian tourist said, “Falun Gong is well known in Australia. I often see them. I like Falun Gong.”

There were many Chinese tourists, both from China and other countries, among the spectators. A Chinese man commented that the Falun Gong procession was very gorgeous, colorful, and peaceful.

One Chinese lady said she was very happy and impressed today. She pointed to her parents, and said they had just arrived in Japan. She said, “You can't see this in China, so it is shocking to them. They are really happy today.”

“After 5.5 Years Behind Bars, Liaoning Woman Arrested Again for Her Faith”