(Minghui.org) Falun Dafa was first introduced to the public 27 years ago, on May 13, 2019. For 20 of those 27 years, it has been persecuted in China. Despite the persecution and the Communist Party's slanderous propaganda, more people have started to embrace the principles of Truthfulness-Compassion-Forbearance and to practice it.

On this 20th World Falun Dafa Day, many of these new practitioners submitted greetings to Minghui to express their gratitude to Master Li and celebrate this special occasion.

One woman in Zhangjiakou City, Hebei Province, wrote that her entire family benefited after she began to practice. “Shortly after I started to practice, my son's tonsillitis improved. We were so happy because he no longer needed injections and intravenous infusions. My husband used to suffer from scleroderma, which also disappeared shortly after I became a practitioner.” Because of these positive changes, her entire family now supports her practice. “We are so happy so celebrate World Falun Dafa Day and truly wish Master Li a Happy Birthday!”

“Thank you, Master, for giving me this opportunity to practice Falun Dafa,” wrote a practitioner in Chengdu City, Sichuan Province. “I am gratified to follow the principles of Truthfulness-Compassion-Forbearance to be a better person. I promise to study the teachings carefully, do the exercises, and tell people what Falun Dafa is.”

One man wrote that he knew Falun Dafa was extraordinary before 1999. But after the suppression started in 1999, he dared not continue and drifted like an everyday person. “About a year ago, I was fortunate to come across Falun Dafa again and I made up my mind not to miss this opportunity again. I will remain a diligent practitioner and return with Master,” he wrote.

A new practitioner from Loudi City, Hunan Province, said that, although the Communist Party has defamed Falun Dafa for nearly 20 years, its efforts to suppress the practice are doomed to fail. “There is a saying in my hometown, 'No matter what you say, fine wine is still fine, and sour wine is still sour.' I know Jiang Zemin has been bad-mouthing Falun Dafa for almost 20 years. But I will follow my conscience and become a better person. Nothing can stop that. Thank you, Master!”

The remaining greetings were received from: 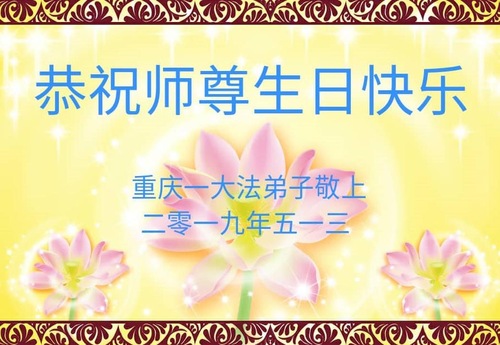 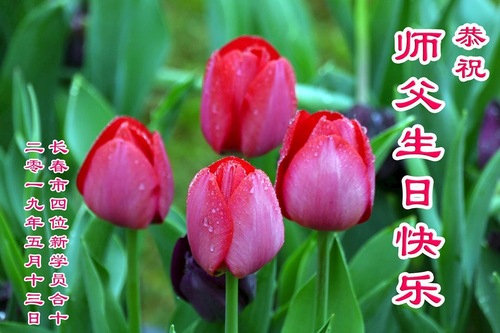 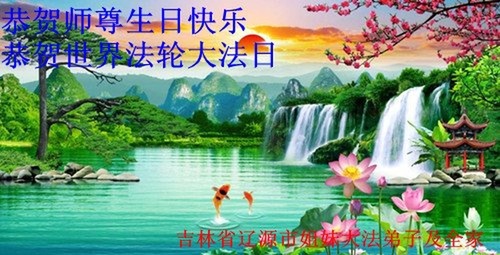 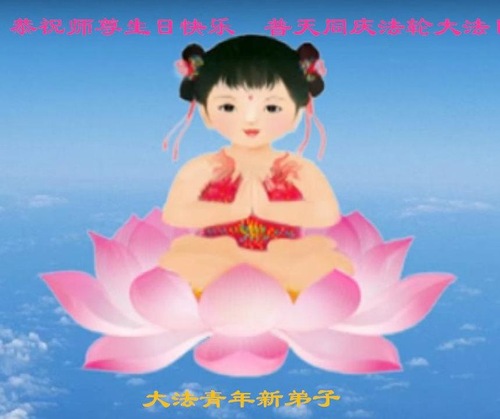 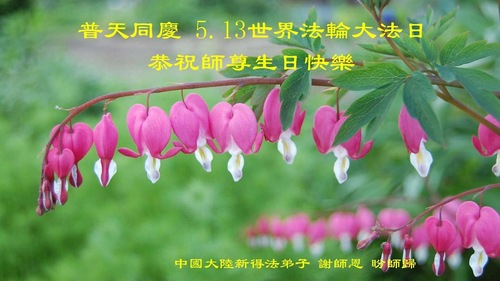 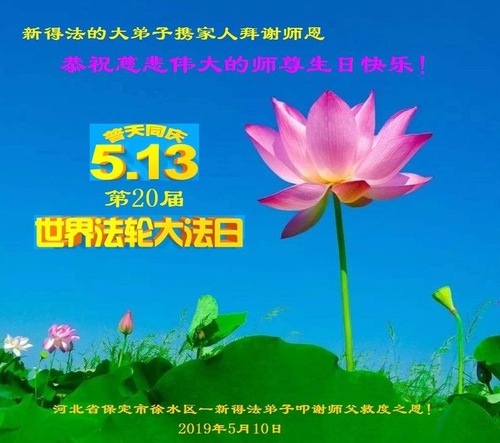 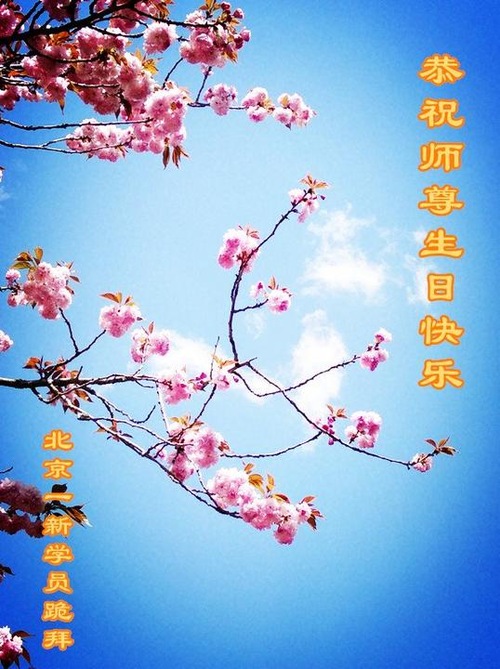 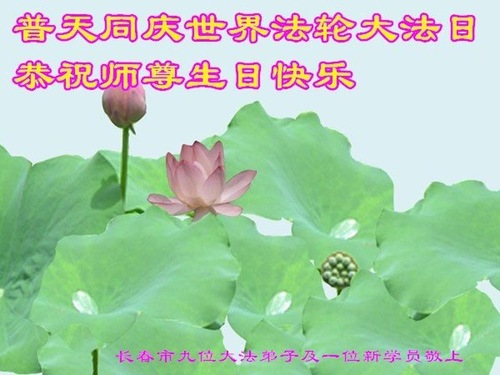 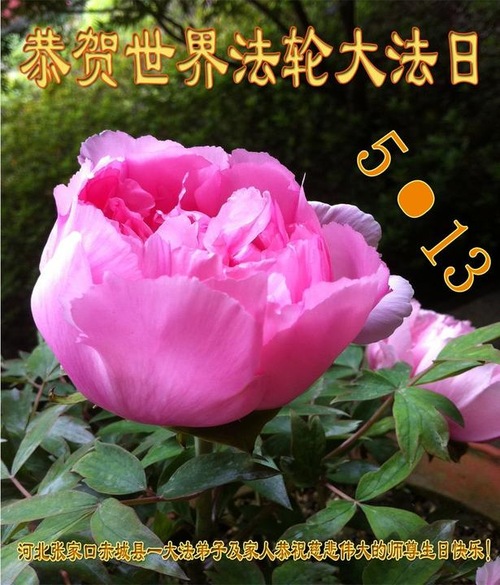 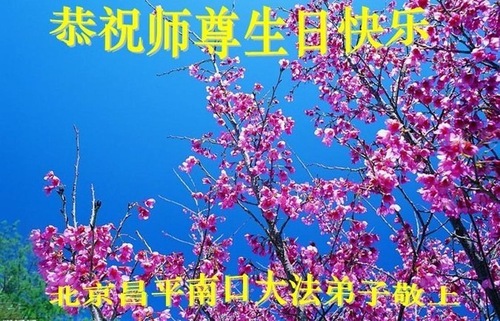 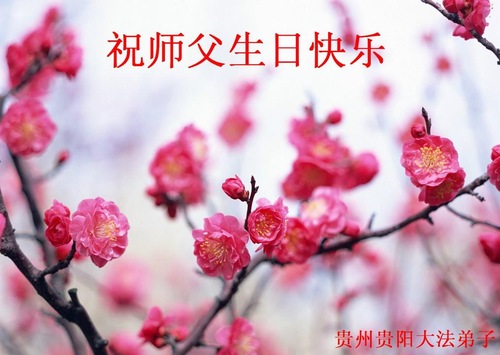 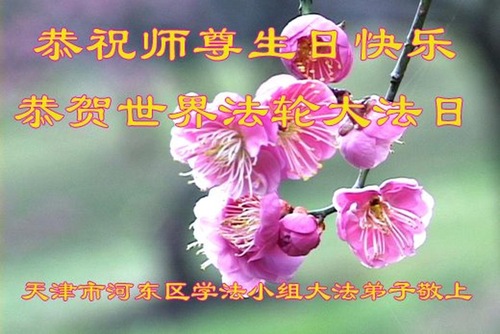 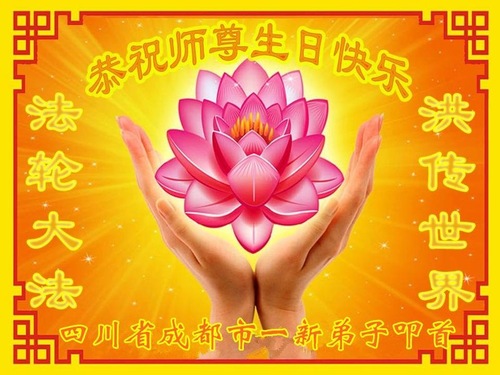