(Minghui.org) Falun Gong, also known as Falun Dafa, was first made public in Changchun, Jilin Province, China on May 13, 1992, by its founder, Mr. Li Hongzhi. The practice has spread to over 100 countries since then.

May 13 was declared as “World Falun Dafa Day” in 2000. On the occasion of the 20th Falun Dafa Day and also the 68th birthday of Mr. Li, Falun Dafa practitioners around the world have held celebratory events.

Falun Gong practitioners held celebratory events in front of city hall on May 5, 2019. They took a group photo and practiced the meditative Falun Gong exercises. 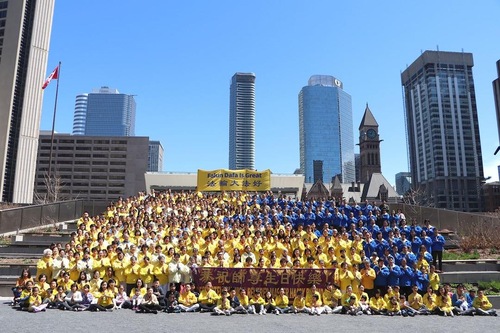 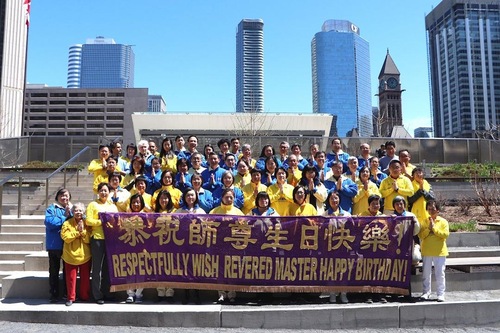 To the left of city hall was the first group practice site in Toronto that was set up in 1999 and has been utilized every weekend for the past 20 years.

A practitioner named Zheng is the coordinator of the site. She said, “This site is for practitioners from other places or China to locate us. It is also a place where Chinese tourists can learn about Falun Gong and the Chinese Communist Party's (CCP) persecution.” 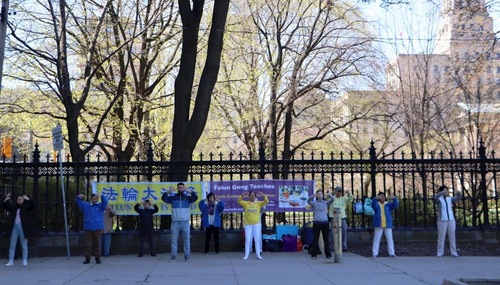 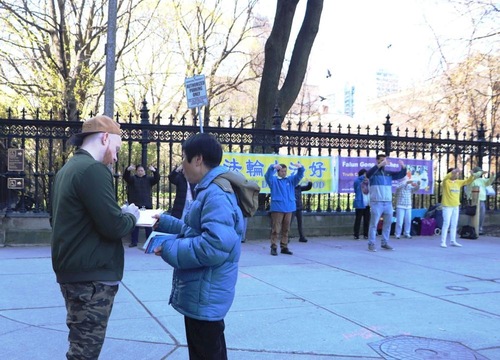 She recalled when she started to practice Falun Gong, “In 1996, I accompanied my husband to attend a nine-day Falun Gong teaching session under the recommendation of his doctor. I was born and grew up in Hong Kong. I could not understand the Mandarin Chinese dialect.

“I did not understand what Master Li was talking about in the video. But seeing his kind demeanor, I really wanted to hear it. I sat in the first row every day. Later, I could understand Mandarin. I attended other teaching sessions every month thereafter.”

Falun Gong practitioners in the Taiwanese cities of Taoyuan, Hsichu, and Miaoli held celebratory events in five locations on May 4-5, 2019. They practiced the exercises as a group, held a waist drum performance, and collected signatures protesting the CCP's persecution. 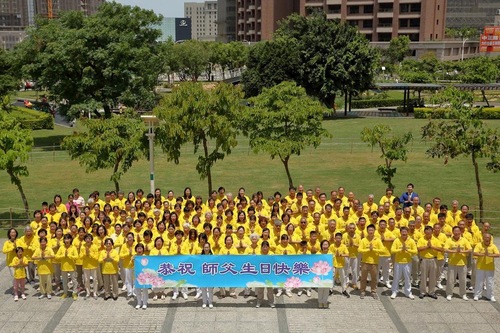 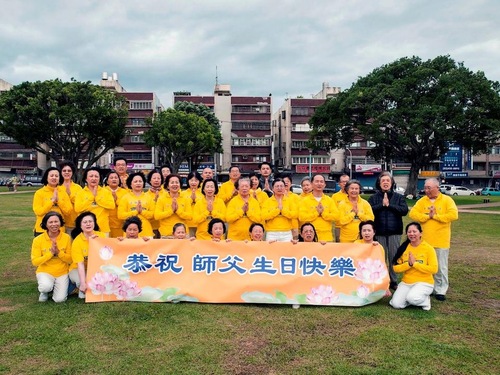 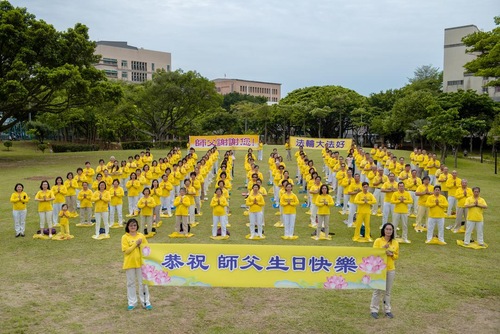 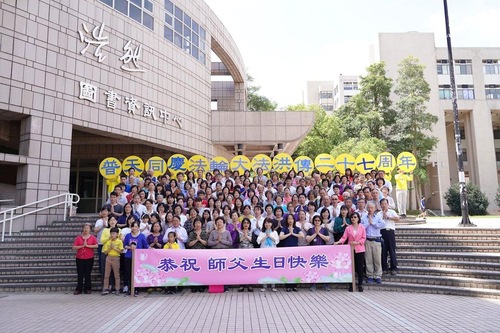 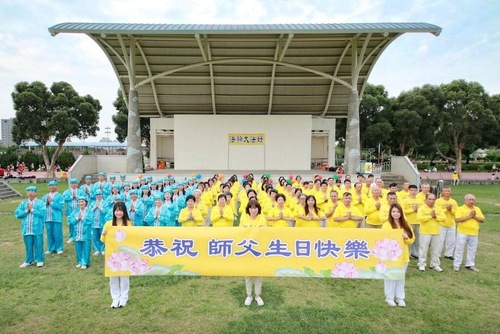 Practitioners from Miaoli celebrate World Falun Dafa Day on May 5, 2019. 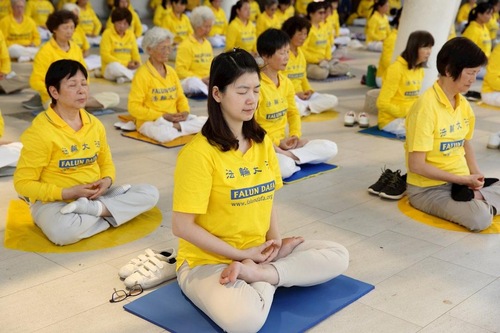 Group practice of practitioners in Taoyuan 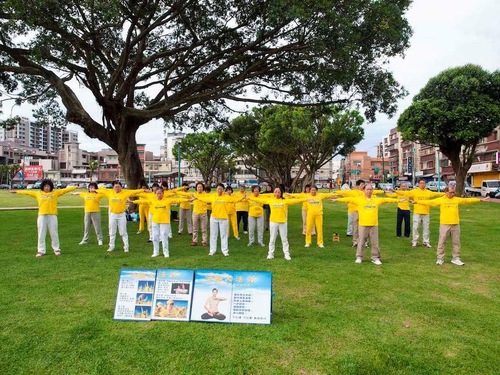 Group practice of practitioners in Neili 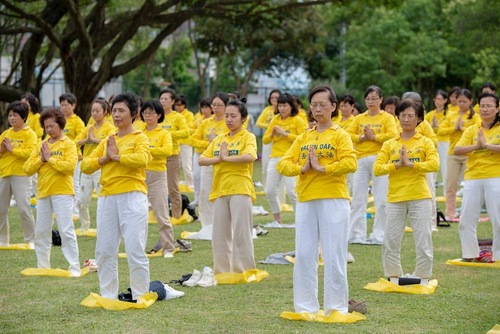 Group practice of practitioners in Zhongli 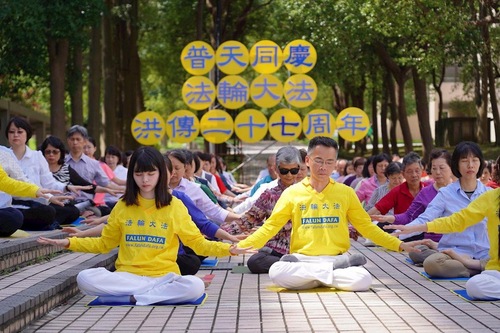 Group practice of practitioners in Hsinchu 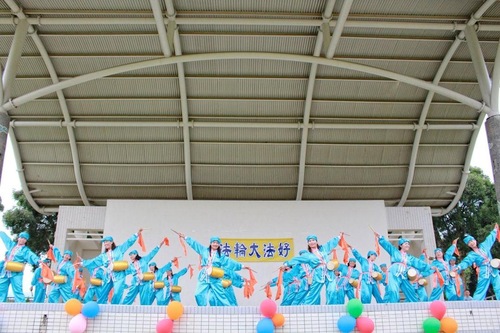 A gentleman walking in Zhongli Park where the celebration was held said he was touched upon seeing so many people practicing Falun Gong, especially when he learned that only a portion of the practitioners attended. 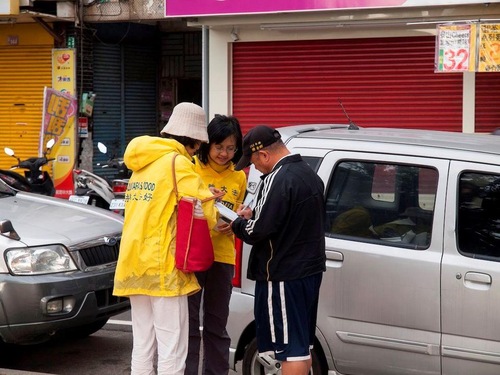 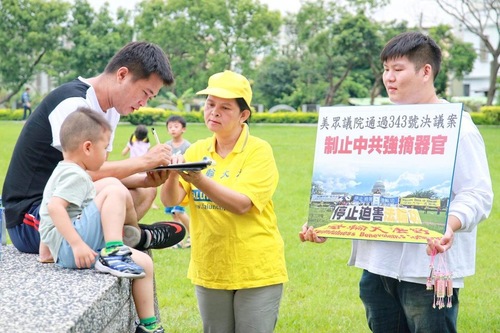 A practitioner who acted as an emcee for the waist drum performance and exercise demonstration also raised awareness of the CCP's persecution. Many people who were playing at the playground listened. Many people signed a petition opposing the persecution and condemned the CCP's state-sanctioned organ harvesting from living Falun Gong practitioners.

Some people showed interest in learning Falun Gong. Among them was a young couple who said they felt tired and anxious. When the man learned that Falun Gong was calm and peaceful, he said it was exactly what he needed. He took the initiative to ask for some informational materials and decided to learn Falun Gong.

Hsinchu Falun Gong practitioners held group practice and collected signatures at the Haoran Library at National Chiao Tung University. Many students around the library saw the exercise demonstration and took photos with their mobile phones. 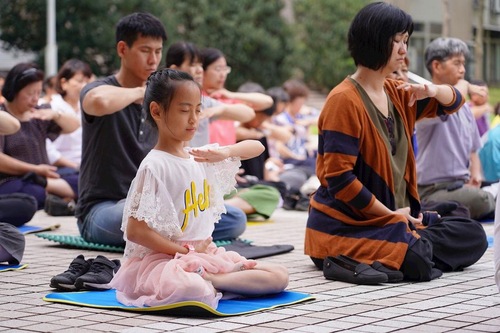 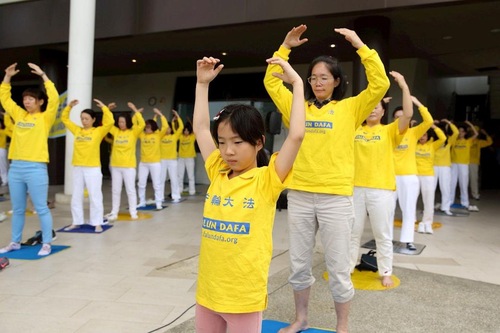 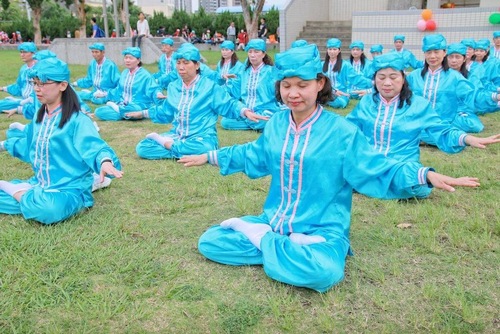 “My Thoughts after Being Repatriated by the Hong Kong Government”