(Minghui.org) Falun Gong practitioners gathered at the Chinese Consulate in Los Angeles on April 23, 2019, to raise awareness of the suppression of Falun Gong in China that has continued since July 1999. Based on information received by Minghui, at least 4,296 practitioners have lost their lives due to torture during police custody in China, and many more have been detained, imprisoned, and sent to brainwashing centers. 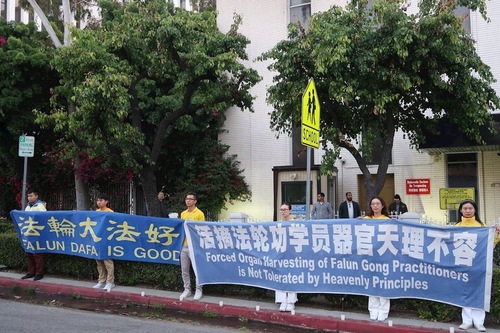 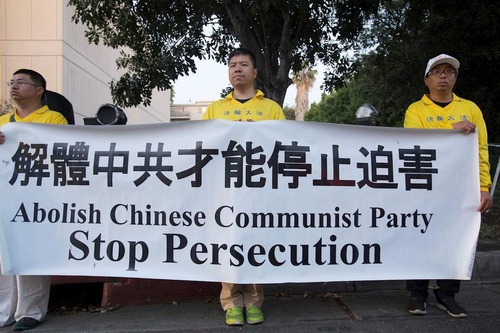 A banner at the event

Wu Yingnian, Falun Gong spokesperson for practitioners in Los Angeles, said the persecution was already simmering before its official launch on July 20, 1999. Officials in Tianjin had arrested 45 practitioners on April 23, 1999, after the practitioners requested a retraction of an article published in a magazine that defamed Falun Gong.

When practitioners were told the arrests were ordered by authorities in Beijing, about 10,000 practitioners traveled to the Appeals Office in Beijing to peacefully appeal on April 25, 1999. They requested the release of the detained practitioners, as well as permission to publish Falun Gong books and to do the exercises. 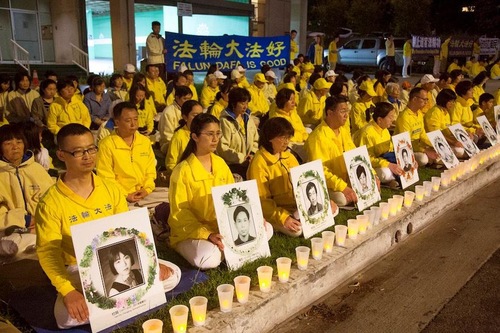 At least 4,296 practitioners have lost their lives due to torture during police custody in China.

Helen Lee, the contact person for the Global Service Center for Quitting the Chinese Communist Party (CCP) in Los Angeles, praised practitioners' courage to safeguard their faith in Truthfulness-Compassion-Forbearance on that day 20 years ago. For the several decades of its rule, the CCP has destroyed traditional culture and undermined moral values, leading China towards destruction.

Falun Gong not only improves practitioners' health but also guides them to become better citizens. “The peaceful appeal in April 1999 demonstrated the power of compassion and paved a path towards hope for the future,” Lee remarked.

Although the former Communist Party leader Jiang Zemin vowed to eradicate Falun Gong within three months and exhausted the nation's resources for his reckless persecution campaign for the past 20 years, Falun Gong practitioners have remained determined in their faith. Moreover, the practice has received thousands of awards and proclamations and is now being practiced in over 100 countries. “As we have witnessed from history, righteousness will prevail,” Lee said. 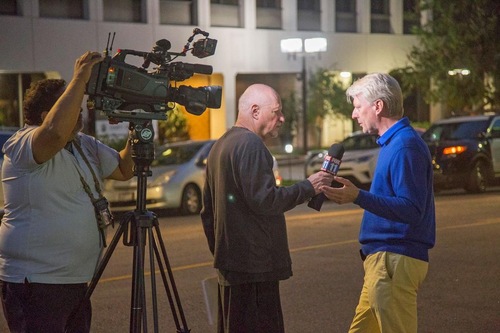 A reporter from Fox Channel 11 interviews a practitioner.

The Power of Faith

Democratic advocate Zheng Cunzhu said he admires practitioners for their principles, which manifest from their faith in their daily lives. “As practitioners left the peaceful appeal on April 25, 1999, they left no clutter or trash behind—this in itself tells us a lot about the moral levels of these practitioners.”

However, such high caliber morals were intolerable to the Chinese Communist Party and the regime tried all means to brainwash the populous with slanderous propaganda. “As a first-grade elementary school student, I was forced to write articles criticizing and attacking Falun Gong. This is the brainwashing culture of the Party,” he recalled.

Having witnessed practitioners around the world working tirelessly to raise awareness of the brutality, Zheng was very touched, because he saw the power of faith and compassion.

Bai Mingxin, Zheng's friend who also attended the rally, said he did not know much about Falun Gong. “But I stand with them to oppose the notorious communist regime,” he said. “I can tell from those that practice Falun Gong that they take the principles to heart and act upon them.”

““Shen Yun Performance Is a Symbol of Elegance” ”